With a decidedly chilly (what what pip pip) tone to the air today really did feel as if late autumn or dare I say it, winter is upon us! However there was no accompanying thrush or finchfest to stave away the frigid edges of my limbs.
Well there’s my two vaguely posh sounding sentences for this year. Good. I’ll cross that off my list. Cold conditions really did dominate today, well cold for Scilly I guess. The Carreg Dhu Yellow-browed Warbler was still flitting about with a couple of Firecrest and Chiffchaff this morning – nice way to start the day! 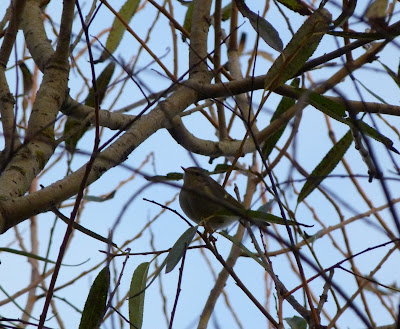 As the sun rose higher, along with the temperature birds gradually appeared. A Woodcock in the garden was my first this autumn while 47 Meadow Pipit were a good count – despite being annoying flighty prohibiting any kind of close examination so god knows if there some chronic eastern gem amongst them. If there is it’s not calling. Other bits and pieces in the garden included Buzzard, Grey Wagtail, White Wagtail, Blackcap (3), Chiffchaff (2), Raven (2) while singles of Siskin and Redwing passed over. 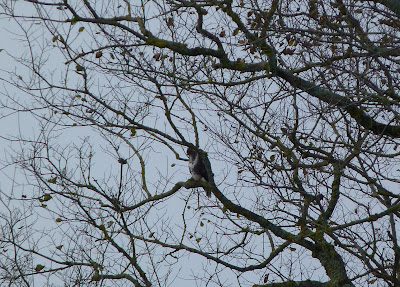 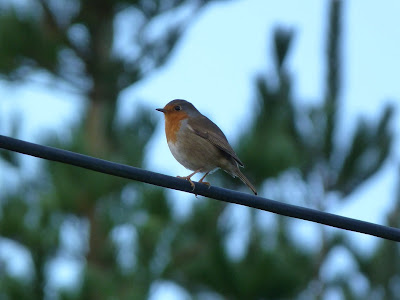 Chilly weather = more Robins
Barry the Red-veined Darter was still roosting this morning as the sun started shining we relocated him into it when he promptly disappeared – a good sign right? 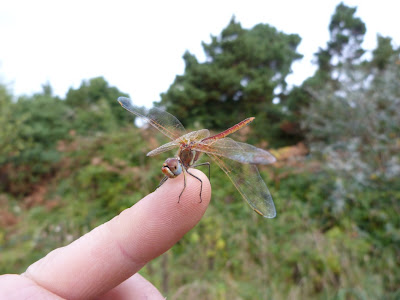 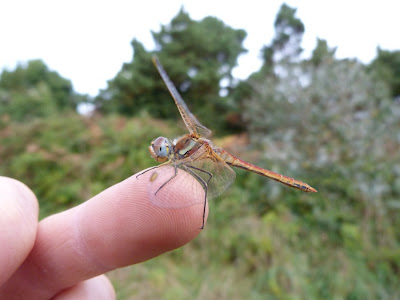 Yes more Red-veined Darter photos..
This afternoon the Garrison was ‘grilled’ with the highlight being an Osprey that was shouted across the CB as it went south from Penninis. The Garrison held some Skylark and Meadow Pipit but not much else, it always feels so rare up there though! However a fly-by Painted Lady was my first since my return. 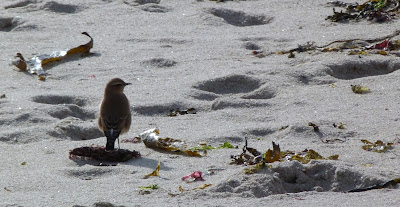 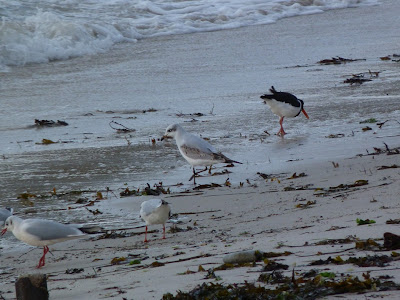 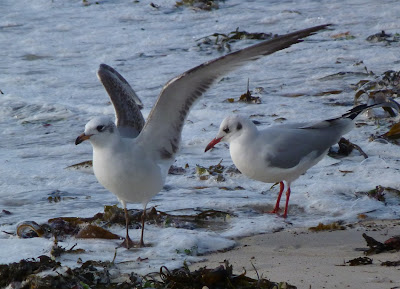 Med Gulls - First Winters for those who care. 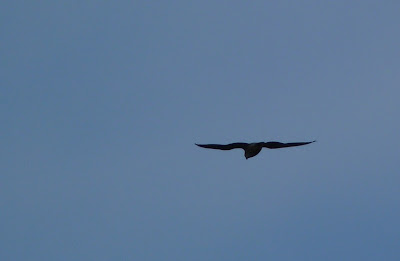 Peg
An obligatory stop at Porthloo revealed 4 Med Gulls while one of the 2 Peregrine seen today stooped at them! Which was nice, as was the Hawfinch up at  great in the scope but not in the camera as you can see: 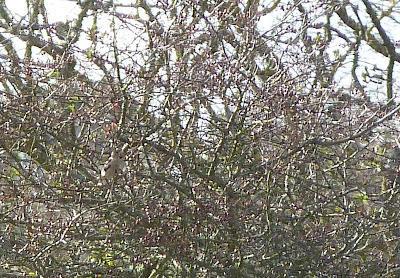 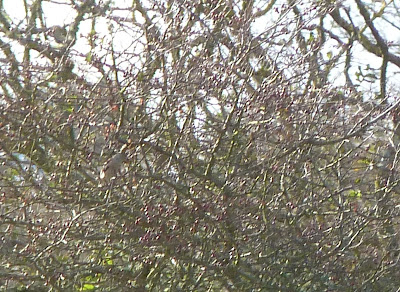 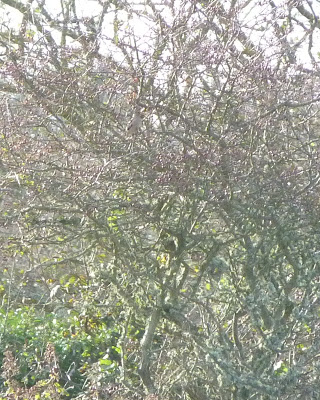