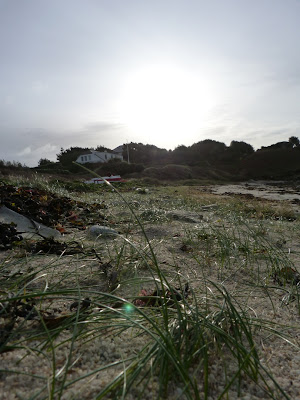 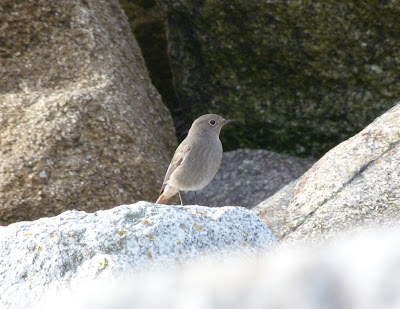 TO ALL MY FAMILY, FRIENDS AND FOLLOWERS.
dub-birder. 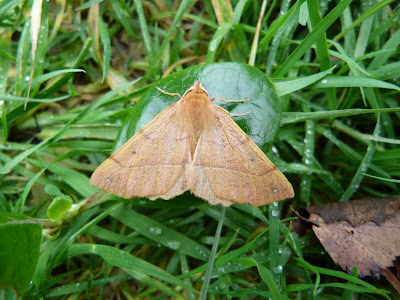 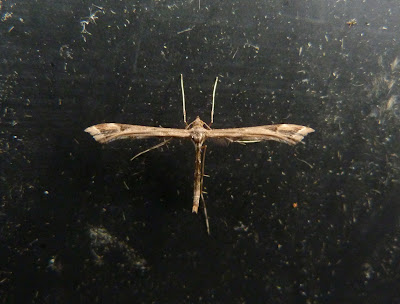 First off before I launch into my usual tirade of nonsensism a quick appeal:
The RSPB are once again running their campaign to collect Christmas stamps to raise money in aid of Albatross conservation. I won’t preach or rant but around 80,000 (plus MILLIONS of other Seabirds, Dolphins, Whales, Sharks, Fish, Jellyfish etc etc etc) are killed each year by various intensive fishing activities such as Long-lining (and of course Trawling) and by the simple (and EASY) act of donating stamps you can help these flagship pelagic species – a Christmas present for future generations. (Note that humans massive demand for things like Tuna is to blame but I won’t rant or preach). Anyway please help and get involved. Much love.
Link it up: http://www.rspb.org.uk/news/299507-stamp-out-albatross-slaughter-this-christmas-urges-rspb 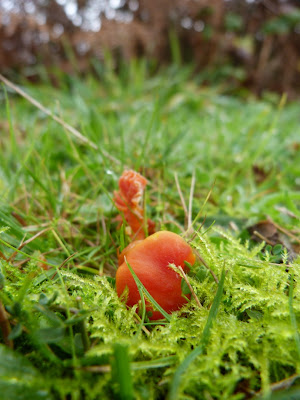 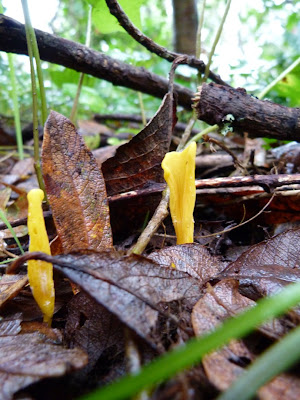 More colourful sprouters -  for 'mature' Fungi action scroll down.
Birdwise the usual rares are in the usual places but I’ve been concentrating on trying to eek out some sheltered/secluded spots in the hope of Nearctic randomness and generally failing. Chiffchaff and Goldcrest are still apparent in any still niche while scalm beach corners are packed with Starling, Rock Pipit and Pied Wagtail. Such a spot in held Black Redstart, 2 Kingfisher and 4 Chaffinch today although wasn’t particularly sheltered.
Amazingly, despite the hardcore blusters some Lepidotera are still on the wing. Moth Traps are producing the odd White-speck while brief sunny spells brought out a single Red Admiral in the garden – possibly a recent arrival as the ever declining temperatures (and conditions in general eg sunlight length/intensity) and pollen availability mean they all should really be hibernating but it could just be a mentalist.
Finally get these Fungi pics into your cranium. I have no idea what species they are so any ID suggestions are welcome. Most were in my garden but I’ve seen duplicate specimens across St. Marys. Birds blow my mind, but so does all wildlife in all ‘Kingdoms’ as they are known (but you knew that – sorry). 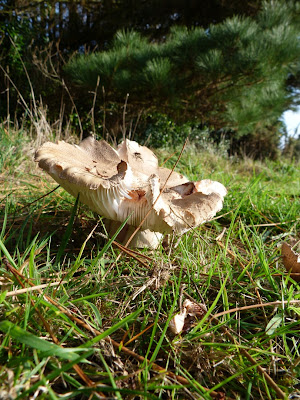 Note the munchings on it - Presumably Rodent or Fly (larvae)? 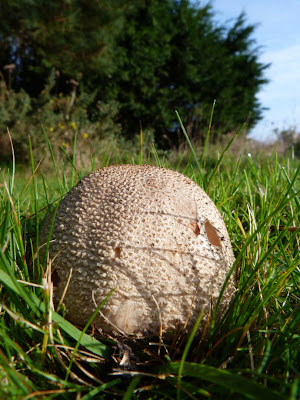 Though it was a puff ball but it has since emerged and that is its 'head'. 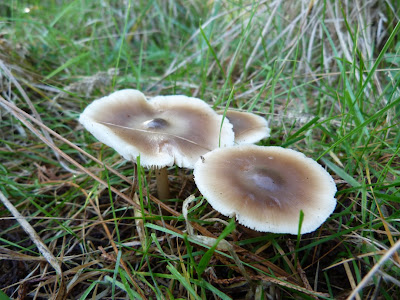 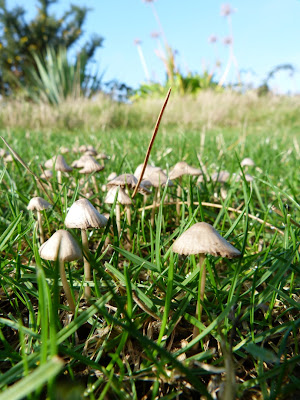 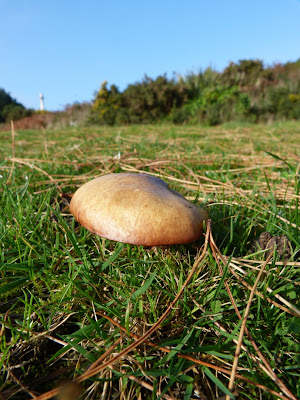 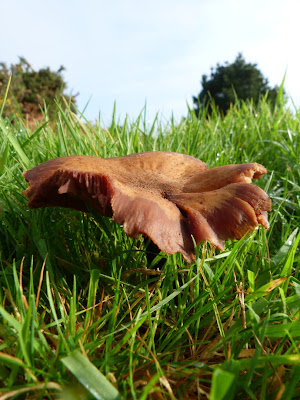 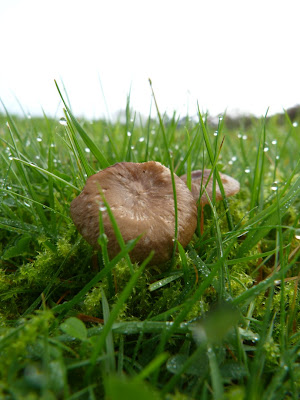 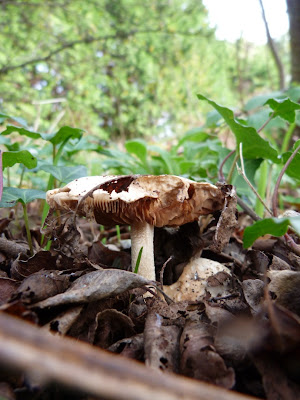 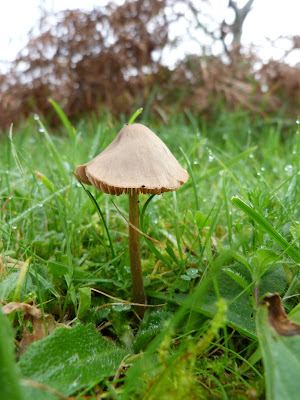 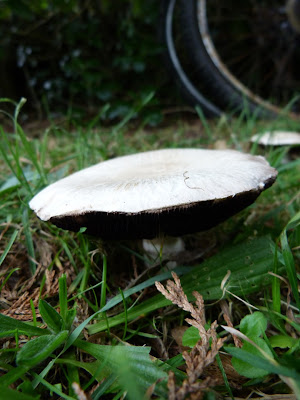 Until next time.
Posted by Will Scott at 12:32 No comments:

I don’t think anyone reading this will disagree with the above statement besides its clear (and obviously topical) misspell. Of course those who are sad enough to know that Anas discors is the Latin for a certain little American duck called a Blue-winged Teal. But more on such punable tomfoolery in circa 2.364 paragraphs.
This past few days have been a mixed bag of sun, rain, cloud, wind, tornados, pseudo-tropical semi-occluded manicdepressions and the continuation of relatively mild temperatures. However the leaf fall has definately accelerated (caused by wind and stuff), thus rendering passerine action minimal.
However this mixed bag has allowed hardcore birding and guilt free lazing in equal measure and sorties into the small bad world have produced some notable highlights. The most passively interesting was the Whinchat next to my garden last Sunday which is only about 2 months behind schedule and was thoroughly inspected to eliminate any possibility the Asian form Saxicola karma rubetra. 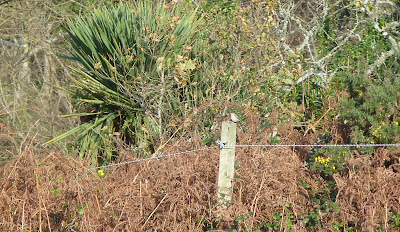 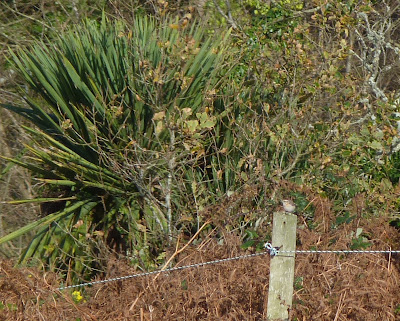 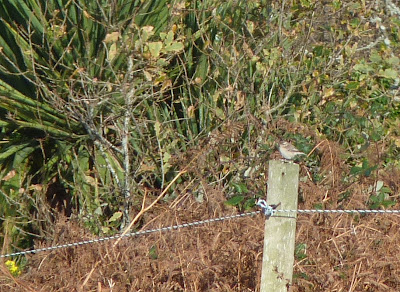 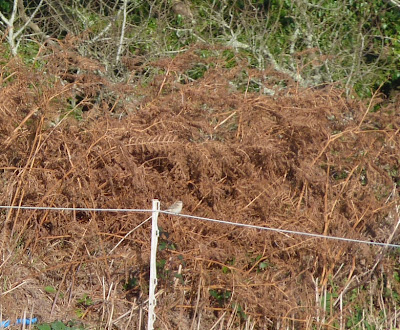 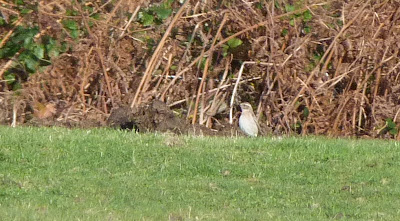 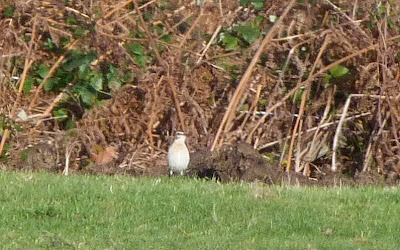 Whinchat action.
After this brief nugget of phenological asynchrony the day was spent planting 120  Norway Spruce and salivating at the wholly unlikely possibility of churring Nightjars, singing Nightingale and Pine Hawk Moth. However news of a Blue-winged Teal down at Porthellick had me and some non-birder mates heading down for a twitch or, as it turned out, a dip.

Luckily this mini Shoveler-Teal style American dabbler was still about the next day when I called in as it grunted a few times and swam across the pool into impenetrable reed. Classic discors. 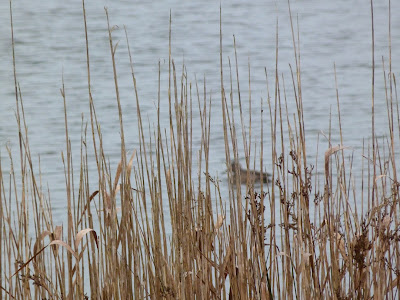 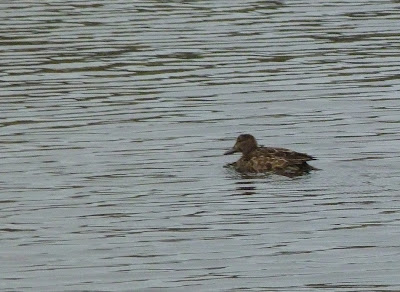 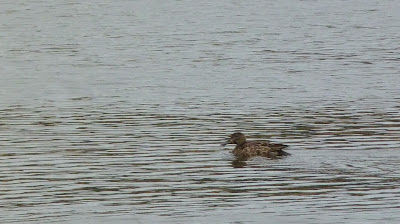 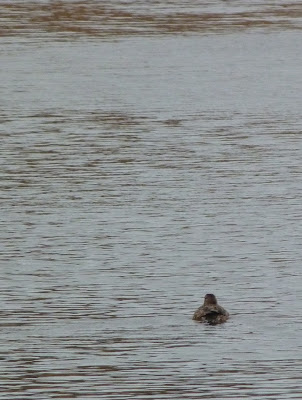 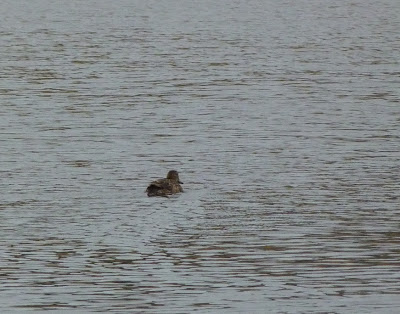 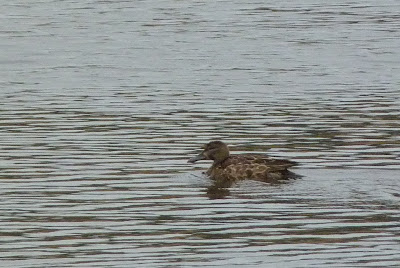 Blue-winged Teal. Vagrant. Standard.
Luckily this mini Shoveler-Teal style American dabbler was still about the next day when I called in as it grunted a few times and swam across the pool into impenetrable reed. Classic discors.
Pseudsobirds around Marys have produced little else really, a brief sound then sight of the Northern Waterthrush in the Dump Clump was tantilizing while up to 2 Woodcock, Peregrine, Buzzard, Chiffchaff, Blackcap and Goldcrest have been the only garden highlights while moth traps are still producing the likes of Pearly Underwing, Dark Sword-grass, White-speck all crazy to be migrating north still and I suspect the strong NW winds that have set in will put pay to any further Lepidopteral interests.
The islands have been hit by some pretty beefy winds and intermittent rain the past week or so courtesy of some Atlantic low pressure sprinters (which actually hit further north) so having blown away/killed most birds that are already here lets hope it brings something that’s totally lost. We’ll treat it good.
Posted by Will Scott at 09:30 No comments: