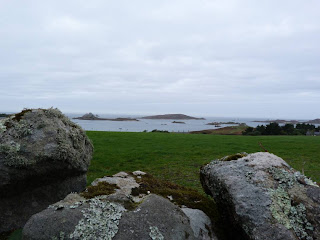 So the birding has been thick and fast, much like reunions with good mates as my Scilly season progresses.
As if Monday could be beaten?! Well maybe not the Waterthrush, but the ladt 2 days have resulted in a nice selection of common, scarce, and of course rare from the east and west.
Yesterday was spent on Tresco seeing my second Least Sandpiper which was awesome, if distant. While the Red-backed Shrike sitting above it was unique in combination – east meets west, as always with Scilly. 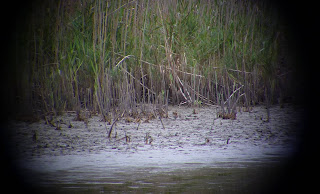 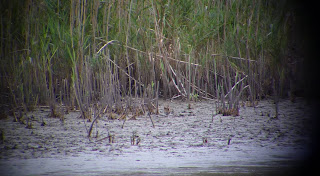 VERY DISTANT
Walking round Tresco was pleasant with Whinchats, Reed Bunting, Med Gull plus lots of Wheatears, Pipits and my second Lesser Yellowlegs in 2 days! A female Pintail and other ducky things on the Great Pool produced a decent day list (cant recall here now now).
Further to the bird action here’s some mega moths that have been caught recently: 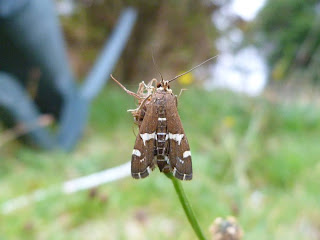 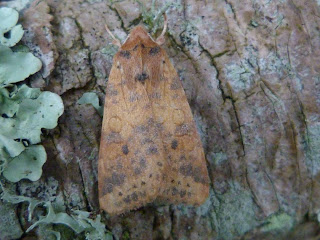 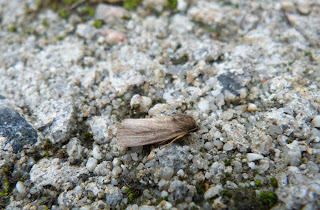 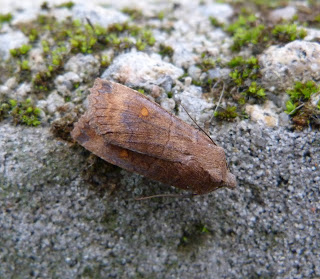 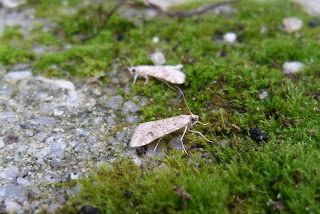 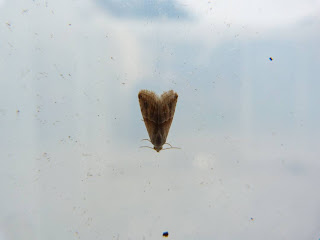 Small Marbled - more art less fart...well more fart.
Having cleared up the major ‘pressure’ birds today was to be spent birding and (hopefully) finding some stuff for ourselves and it started well! A walk this morning saw the Red-throated Pipit fly low calling towards Rocky Hill/Golfcourse area where it was relocated and gave good views when we arrived late morning: 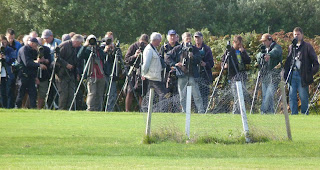 Red-throated Pipit (on the chicken wire) and admirers - afar cry from the Farnes where a bird was yours! 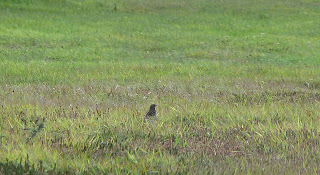 You can kinda see the stripes and such...
After lunch my rounds in the garden produced a male Red-veined Darter! A well over-due lifer for me which flushed onto some bracken then disappeared – and I didn’t even have my camera! The sun that tempted the Darter also tempted us upto the Garrison in the hope of more, or at least a Wryneck. And what did we get? Bloody Subalpine Warbler! Upon entering the Dead Pine walk I sneezed, flushing the Subalp in the process – a dark bird, presumably the female that’s been hanging out by the playpark (but been missing since
Sunday/Monday). 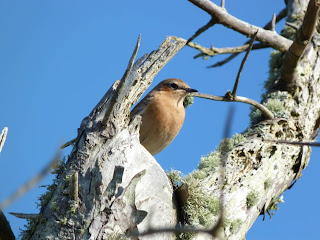 No pic of the Subalpine Warbler but this Wheatear showed well also. 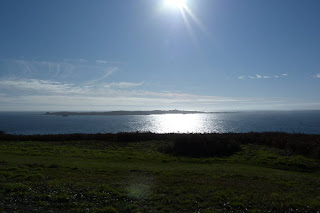 Back drop to birding in shorts and t-shrt weather...
We completed our walk with some lovely sights and sounds of Rose-coloured Starling then dashed off for the Bluethroat which performed brilliantly up at Carn Friars. Mega.
So it’s going South-easterly soon – whats next?!
Posted by Will Scott at 12:04