Well, Christmas was pissed up the wall in a flaming ball of upside down Gin and Tonic and some sausage rolls while New Years manage to invert itself as my level of inebriation seemed to reverse time...happy 2013! So since my arrival back in mid-December I have been taking it easy, every day was Sunday morning. That being said, even though I was intentionally unemployed I certainly wasn't in bed, well most of the time!
﻿ 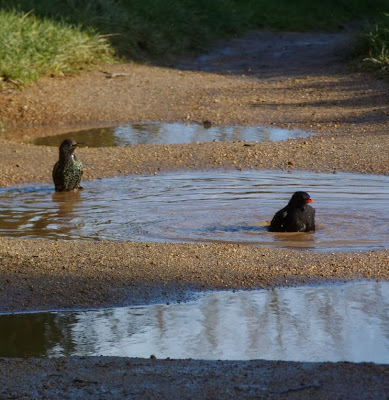 He's one of ours! The red-billed Blackbird characteristic of Scilly where the large number of sand-hoppers scoffed turn reggers Blackies into these Tropicbird-esq beasts!

2013 was always going to be my last Farnes season, the winds of change are blowing and my lust for southern sub-tropical islands and their associated breeding seabirds (and rares!) is un-stemmable. So for all intents and purposes the Isles of Scilly season will be experienced in 2014, and hopefully some linear parallel adjacent crippling rares will also get 'experienced'! 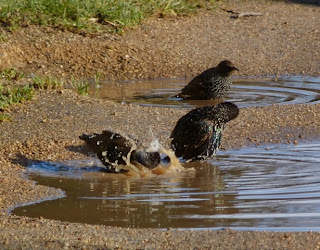 Some of the greatest joys of being on a slightly larger island is getting to see the 'common' birds in all their beauty, and constantly....These Starling did it, so did the Tits...

With this semi-long term plan in mind I have been getting into a daily routine of birding and cycling. My main patch is obviously the Longstone are, however an area I always enjoyed birding is Sunnyside - Rocky Hill - Harrys Walls route, an area that will surely be incredible, especially during the spring, and thus I have visited all of the above site several times per day so that when migrations does get going I'll know each field like the back my ass. And hey its already producing birds! 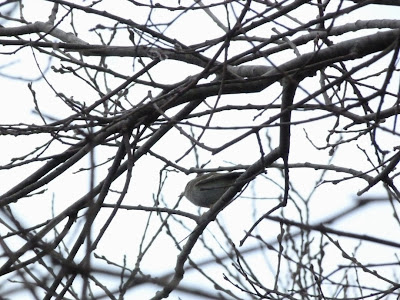 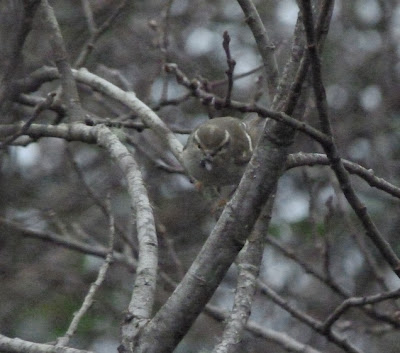 I have had time between the birding trips to get some filthy, mentally and physically satisfying twitching done, scoring the Rose-coloured Starling down at the Dump and obtaining some blapping views of the wintering Yellow-browed Warblers down at Lower Moors while doing some serial dipping on the Spoonbills. 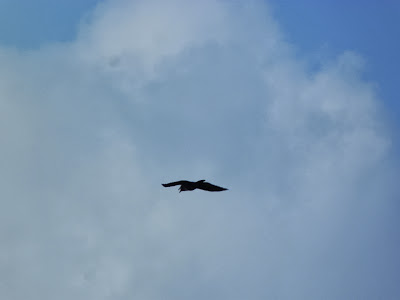 One of the highlights since my return has been seeing these big black buggers 'cooooorrrrrrring' about. Ravens. Sick as f~ck!

Another major feature of Scilly currently is the triple-skin storms that have been battering the peripheries and caressing the interiors. To be honest after a few bitter winters its not an overly unwelcome change, however the 1700mm of rain that are constantly pricking my face and other areas isn't ideal and is making birding difficult! 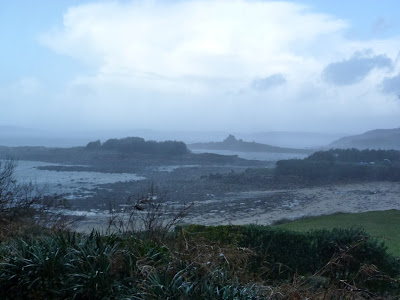 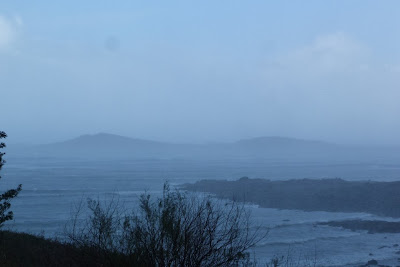 Another area that I'm encompassing into my birding routine is the ever popular Porthloo, a very seasonal spot that always produces something on a quiet winter day, and this Glaucous Gull that I managed to catch up with at lunchtime a few days ago certainly blew my face off! Hashtag brute! 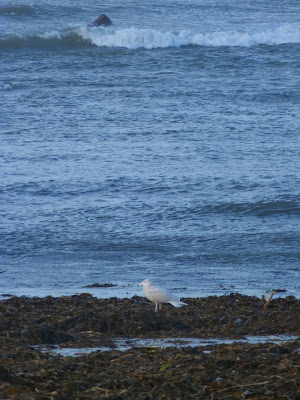 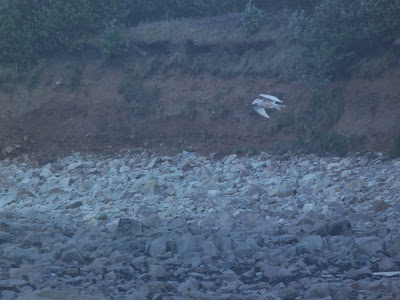 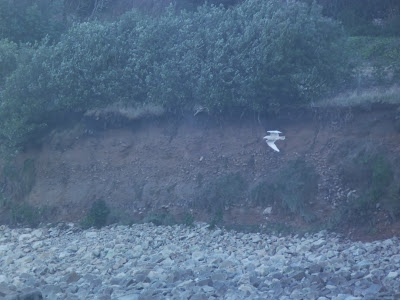 The poor bird seemed utterly confused, like a pre-fledged chick, picking at seaweed and not really eating much. I was distressed to see it wandering and then flying around after dark during 'the storm', would it survive?! 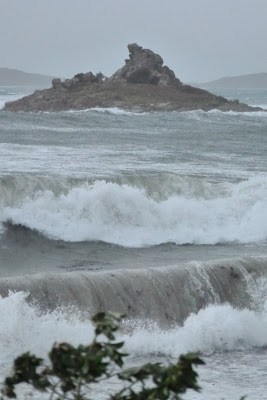 With seas like this lapping at the Glauc's feet I wasnt hopeful for its survival!

And then the routine coincided with a bird, a big fat, well little fat finch. SERIN baby! Whilst on the route birding slowly a Snow Bunting trill-like call grabbed my attention, although I had never heard this call for some reason I thought Serin, and when it uttered a more familiar call it was clinched! This yellow-rumped facestonker flicked past me and into a nearby woodpile where I enjoyed 1 minute view, rattling off some record shots, before it flew off towards town! That's what I love about birding, if you're out there then this kind of unforeseen magic is almost inevitable! 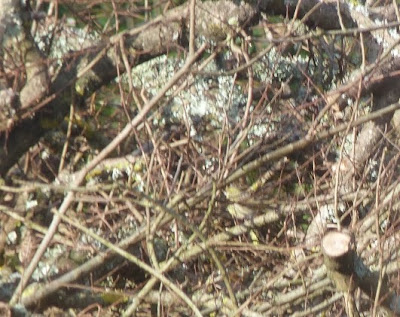 How blurred is that! Do you see it? 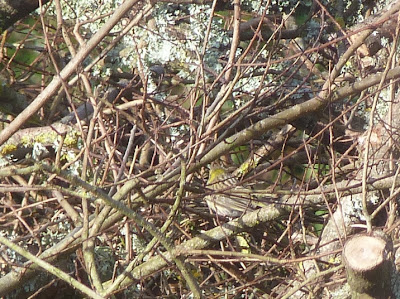 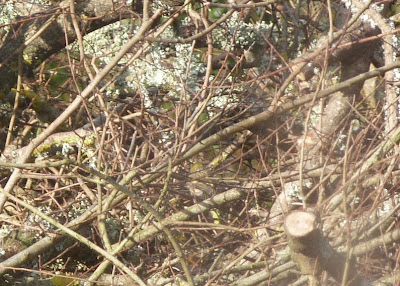 And a final shite shot showing some rump...phwaarrr!

Today looked stonking, and gee'd up from the Serin I got out, despite of horrific rain storms and no waterproofs on my part. This made for wet birding. But the system that hit late morning had traversed the Atlantic in barely a two days! Surely there was a Ross's Gull, American Coot...oh wait further north..Ok then, how about a Yank heron?! Well, I found this on the road instead.. 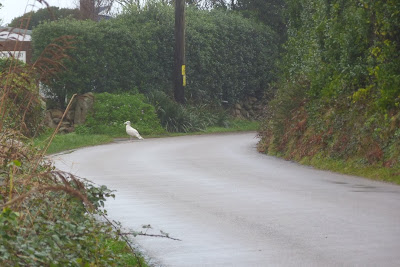 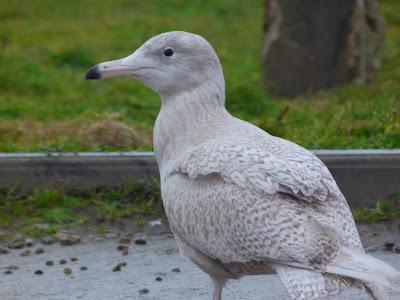 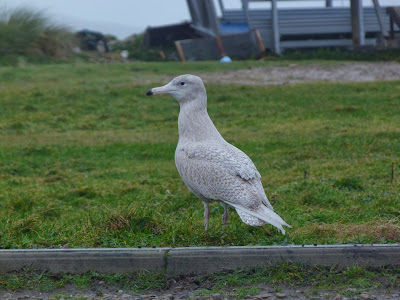 Showing well! Canny bird! I did buy some crab sticks for it as hunger seemed to be taking a toll but the bird disappeared after some other birders had fed it...hopefully its having a long sleep then a big shit, be right a rain after! 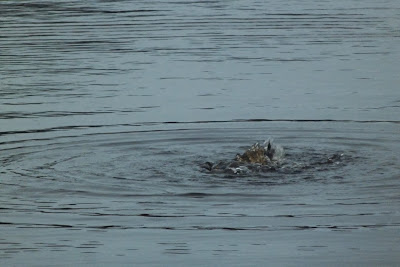 Finally I stopped off at Lower Moors and Porthellick and failed to find American Coot or Bittern. I did see this regular Coot and some honking great Geese that sort of had White-fronts.
Posted by Will Scott at 12:00 No comments: