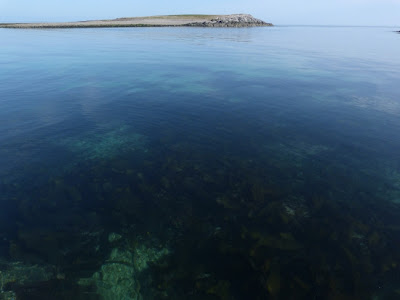 The Kettle (not boiling) and West Wides

Well what a week. Brilliant sunshine, light winds and virtually no swell led to great conditions for general mooching (as well as the preparatory work stuff) so I managed to take a few pics, some massively pretentious arty ones but hey also some really crap ones of birds. 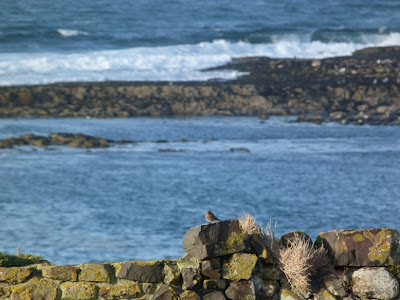 Usual standard Black Redstart with immense backdrop.
After the nice early fall last week the clearer conditions meant numbers of migrants dwindled. However the appearance of a second Black Redstart (confirmed by the lack of any leg bling – see previous post), the odd Chiffchaff and some good pipit and finch passage kept thing ticking. The best days produced small numbers of Redpoll, Greenfinch, Linnet, Goldfinch and Chaffinch moving west. While late yesterday a smart male Brambling showed up in the company of a female Greenfinch, god only knows what their kids will look like. 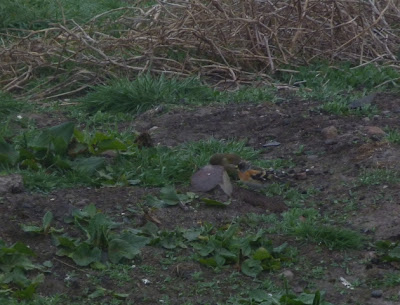 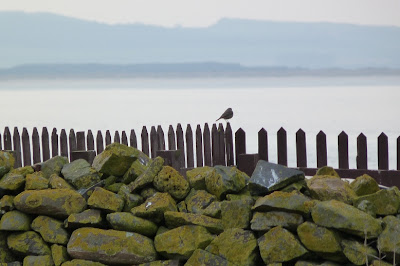 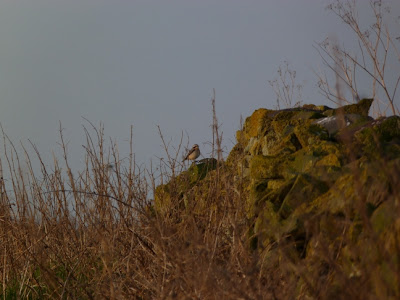 Non-passerine action has been hotting up with said settled conditions encouraging gulls to get moving and Knoxes duly produced a 2 first summer Med Gulls and a first summer Little Gull which was fairly crippling. Now to get controversial, a Hooded Crow passed over t’other morning which I managed to get onto, breaking my bogie on this species (having missed the last 4!). Its not a passerine but is big so there. Anyway enough bull. A Marsh Harrier passed over last Tuesday also demonstrating the purple patch we’re going through at the moment! 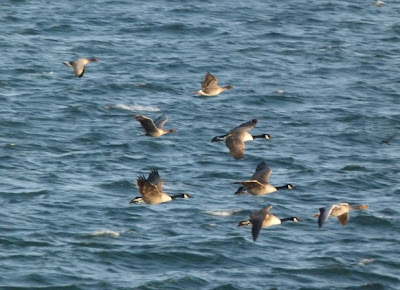 Another notable non-passerine event was this freaky group of geese (Greylag, 3 Pink-footed and 4 Canada)
Anyway its not all about migrants. The breeders here are pretty good, and there’s a few of them so here’s a couple of pics as I feel this post is trying to cram far too much into this post: 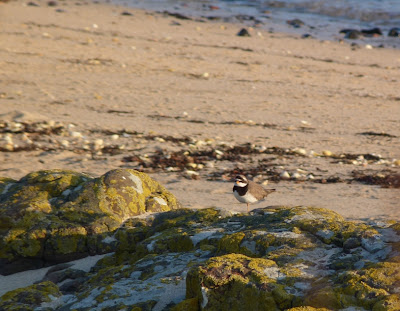 Ringed Plover (male) looking sexy (not in a gay way0 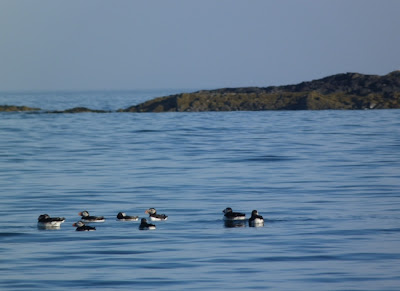 Puffins chilling before the 'big dig'. 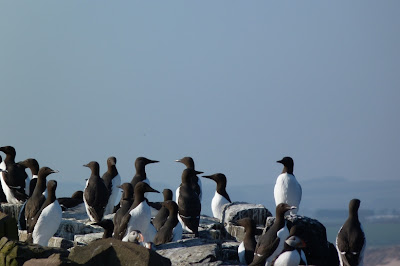 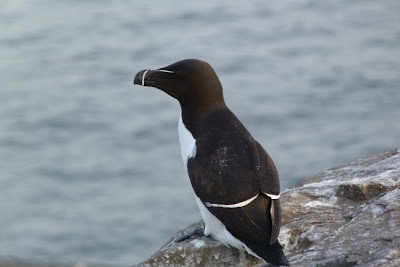 One of the best birds ever. Razorbill. 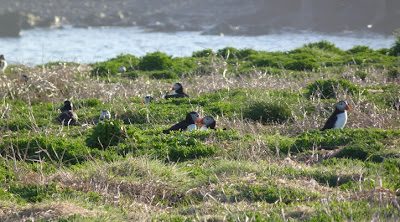 Abit of courting by Puffins....bill-clapping. 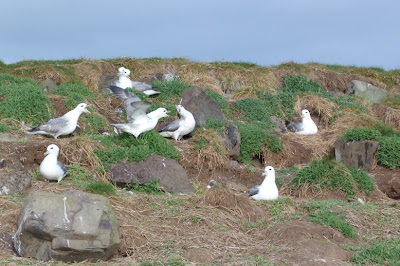 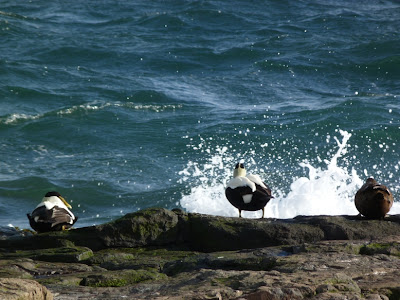 Workwise we have been flat out preparing Inner Farne for the grand opening last Sunday which we managed to get done. Finding some moth larvae as we pulled grass and cleared boardwalks: 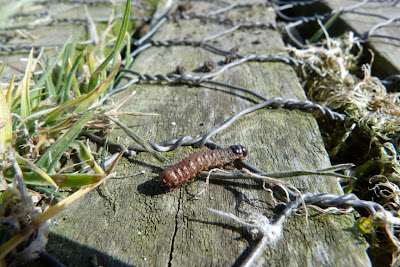 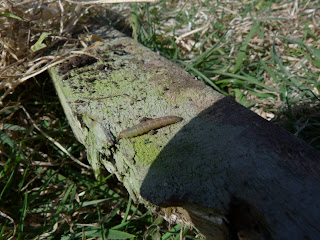 Lesser Common Rustic larva (I think).
And yay it came. And no the weather changed. As my mum would say from the sublime to the ridiculous! The wind turned, cloud built and temperature dropped. From the dizzy low 20s last week we barely peaked above freezing yesterday. 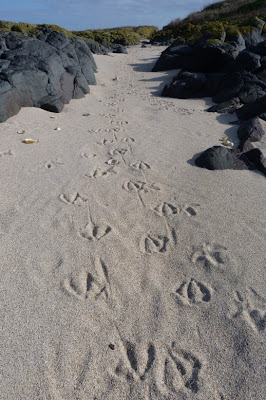 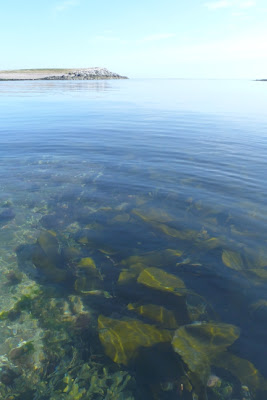 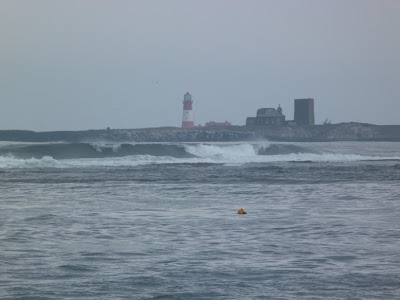 To this...(doesn't look as cold as it was!)
Finally. As I write we have 55mph Easterlies, combined with freezing rain/hail/snow and -9 widnchill. How the breeders will cope remains to seen. But the compensation may well come in vagrant form and birds are swept across the . Watch this space! 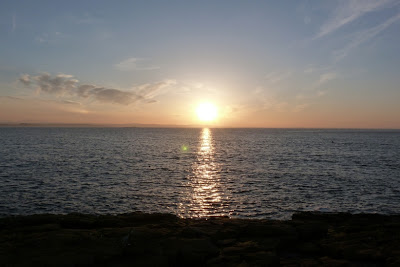 Brownsman sunset. Probably won't be seeing any of these this week!

UPDATE: Heavy snow and gale force easterlies have frozen our faces off while grey and white delight has been burned into my retinas!