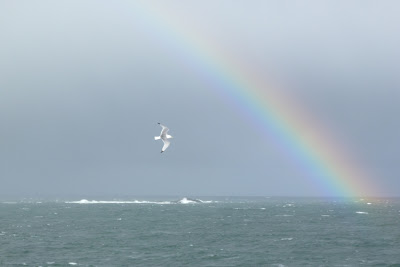 Coorrrr. Phew. Maaaah. Iiiish. Etc. What a week or however long its been. Ups and downs in every aspect. Wind, seas, temperatures, visitor numbers and all importantly BIRD numbers haha. 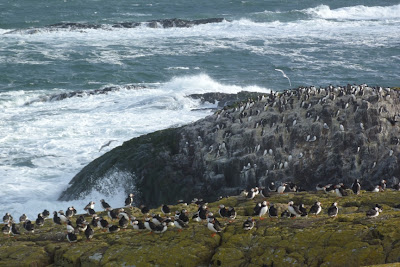 So in a nutshell the past week has seen us closed for 5 out of the last 7 days, 3 days due to stormy Northerlies, 1 day for Southerly gales and today, due to brisk Easterlies and rain. These latter conditions deposited a spectacular early spring fall that most birders dream of. We lived (and live) it! 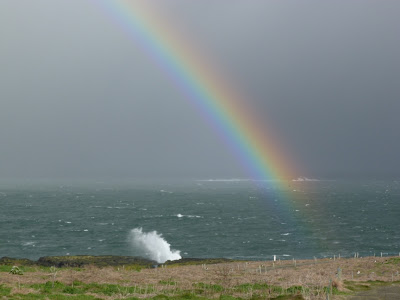 Whats at the end of the rainbow? Inner Farne! And loads of birds! 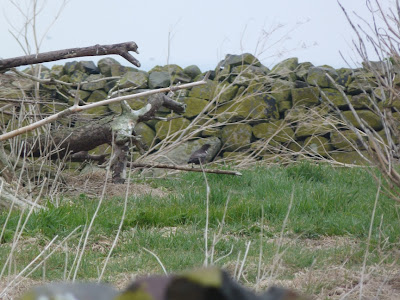 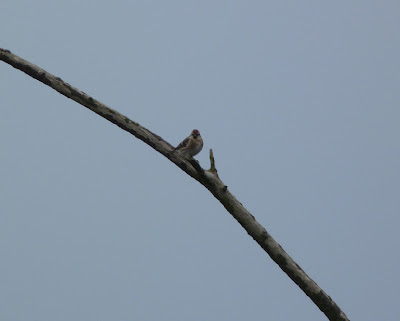 Lesser Redpoll adding to our biodiversity. 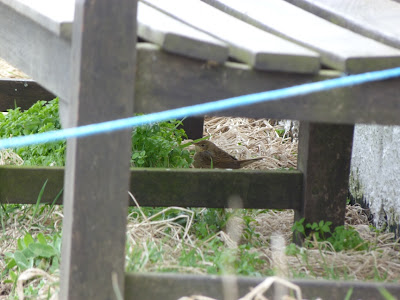 This is whats its about! Grasshopper Warbler chilling out under one of our benches1 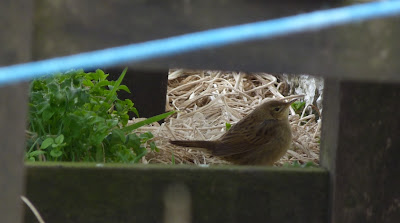 Sick. I go loco over these! 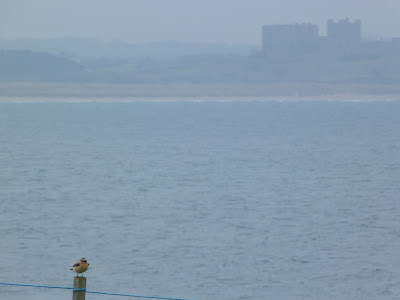 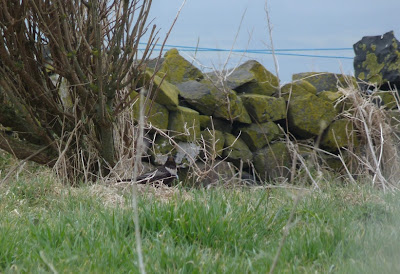 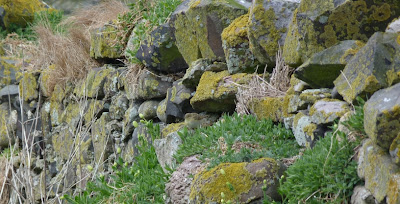 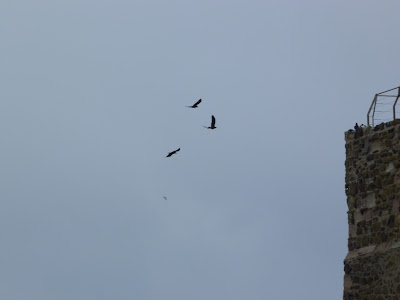 Rooks flying over being rare. 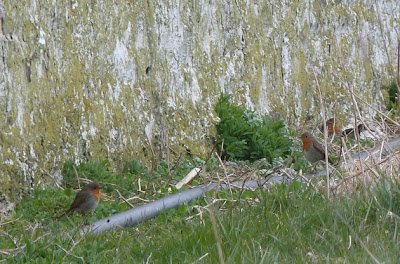 Otherwise despite (or perhaps due to) the unsettled conditions, grounded migranst have been sparse. Yesterday saw a Hooded Crow pass west while a 1st year Med Gull brought quality to the evening roost, which a couple of days ago held a stonking 418 Common Gull! 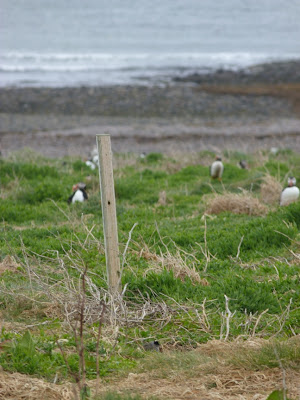 This male Blackcap trapped himself in our Info Centre in strong Southerly winds, and seemed pretty shell-shocked at his situation! 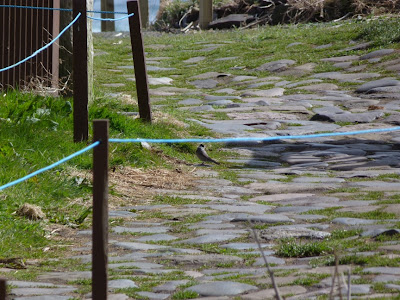 But he perked up once the sun came out giving classic Farnes views! 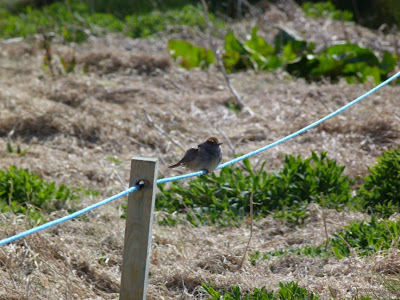 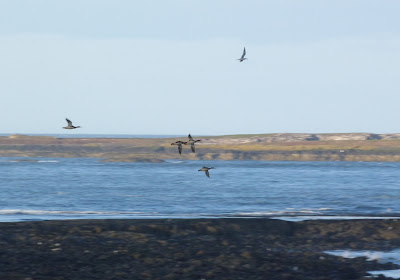 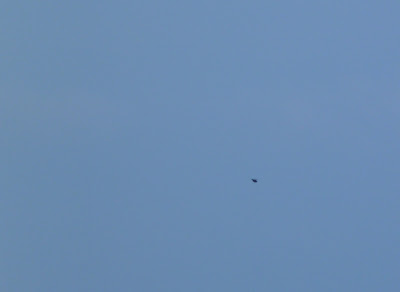 The black (and grey) speck is a Hooded Crow I promise! 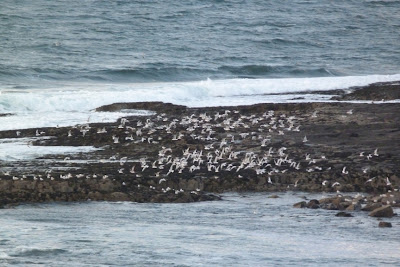 Sandwich Terns with part of the Common Gull superflock. 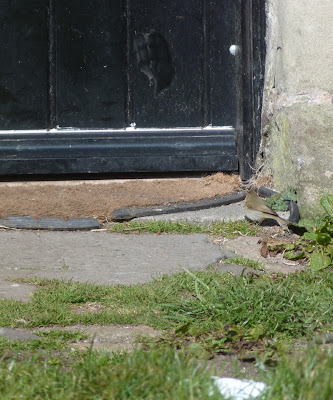 Knock knack Chiffchaff let me in! 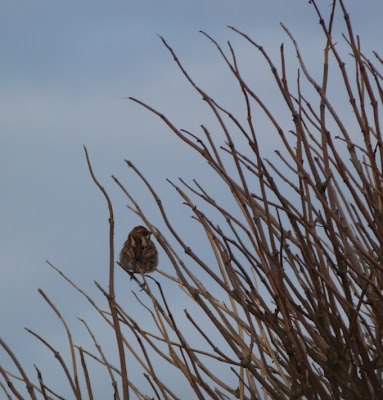 This female Reed Bunting was nice.

The breeders have been getting hammered by all these winds, but some brief favourable blows brought our first Arctic Terns while the first Eider nests are also appearing, its all gearing up! 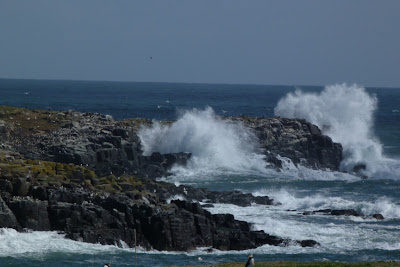 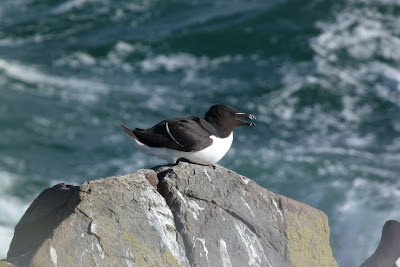 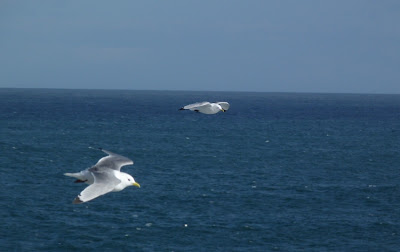 Kittiwakes loving life in the wind. 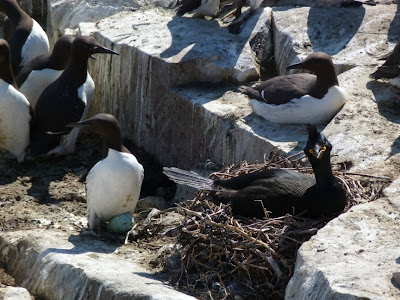 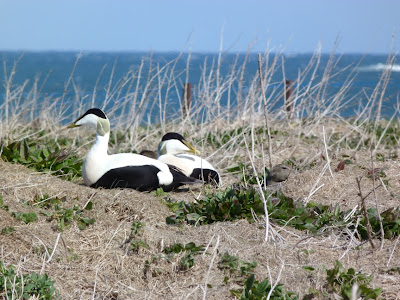 Eiders are back on the land.

The price of cliff nesting: 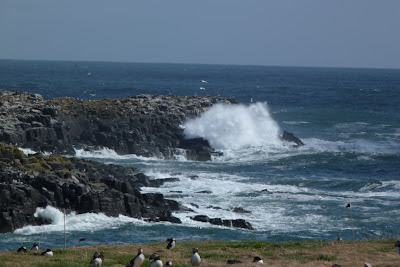 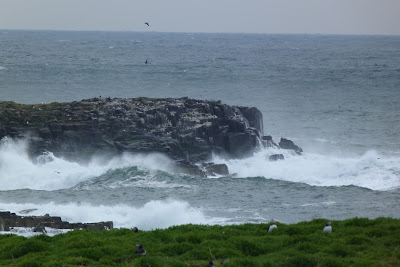 Avian vibes have been very positive but the leppers (that is, moths) have been getting down also. One of the noctuid (a larger type of moth) pupa I collected from a dry stone wall on Inner Farne hatched the other day, revealing a spanking Angle Shades. Great moth, and of course definitive proof of breeding which just shows you that records can lie as this species was only recorded twice last year and was presumed an immigrant….how wrong I was!