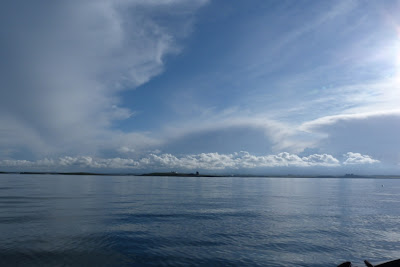 My home on a beautiful still evening


So during the brief interlude of my lack of bloggage alot has happended, as always! We have been open,closed, open and for today (and most likely tomorrow, and possibly Sunday) we have once again been closed. Not due to rain. Or really even wind, but swell! Strong winds north of us are whipping up a fair sized northerly swell which is disrupting us and visitors but hey the birds couldnt give a toss, its sunny! Recent firsts include the first Guillemot, Puffin, Eider and Rock Pipit eggs while Sandwich Terns aren't far off and Shags are laughing at the former species fashionably late start in comparison to theirs. 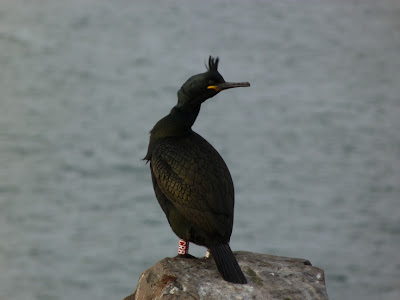 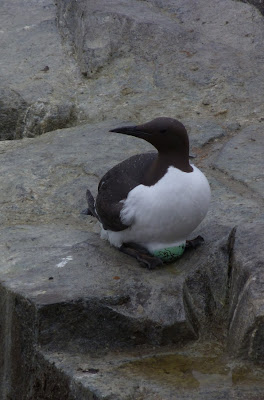 The first Guillemot egg which lasted circa 1 hour before Herring Gulls munched it. 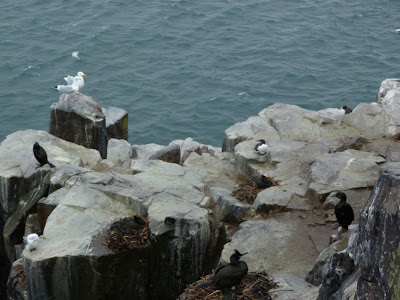 Notable species of late include the Med Gull which appeared and then disappeared, other lingering stuff like the odd Robin, Common Scoter, good Gannet passage and today a female Merlin and a stonking 203 Common Gulls in this evenings roost. Meanwhile breeders are now entering phase 2 of horn-mode: The nesting. Anyway its Friday and words are becoming evermore difficult as the beers increase. 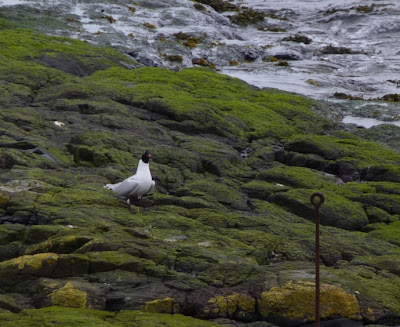 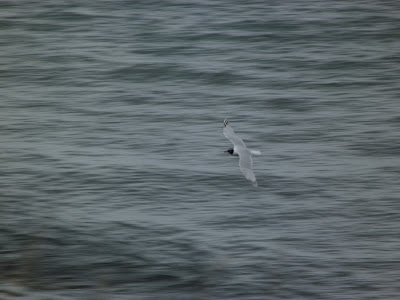 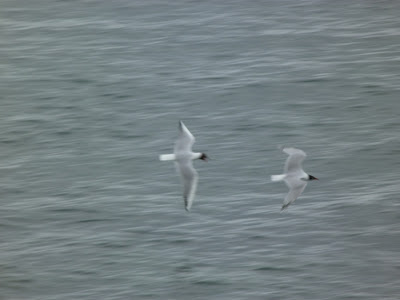 The Med Gull put on a great show but the Black-headed Gulls weren't into hybridism. 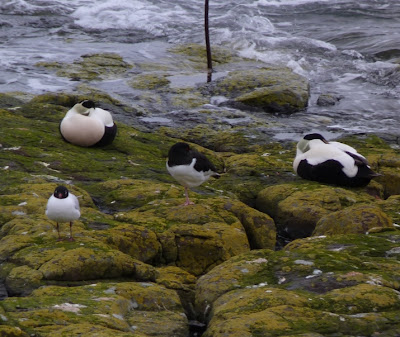 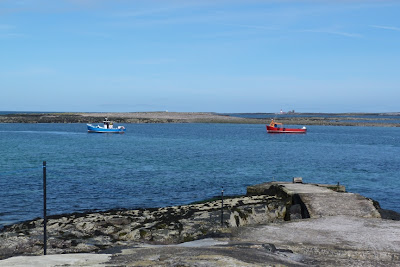 Boats arriving daily now, when weather permits that is! 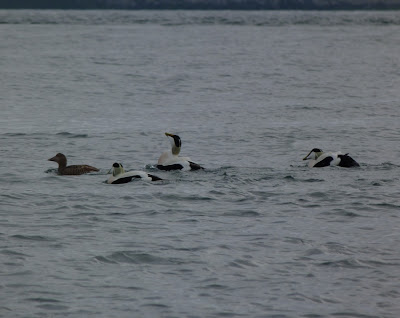 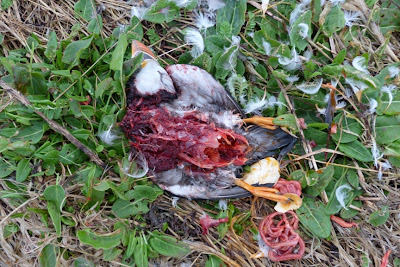 Harsh realities of returning to land for the primarily oceanic Puffin. This one has been taken by a Peregrine, note the egg nears its ass. 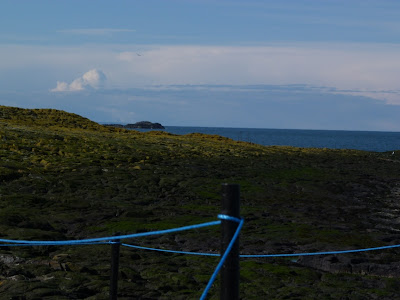 Ladies Path shown here will soon by covered in thousands of terns... 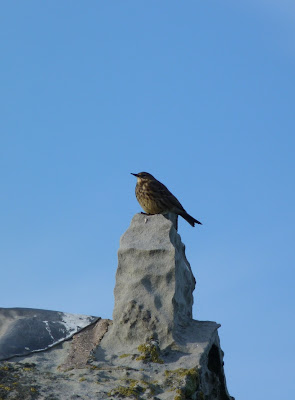 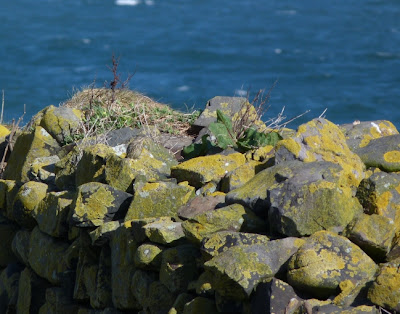 Rock Pipit are having an early year with a nest containing 5 eggs already discovered, this pair were bsuy nest building. 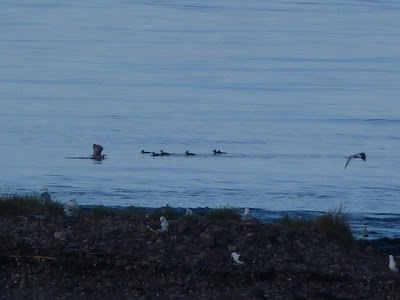 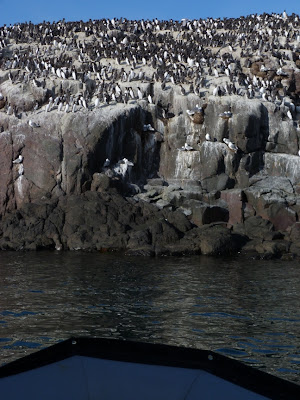 Brownsman and Zodiac Rib, getting intimate with Guillemot en masse. 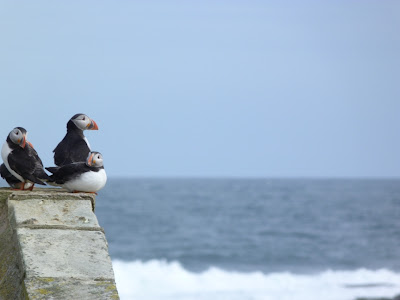 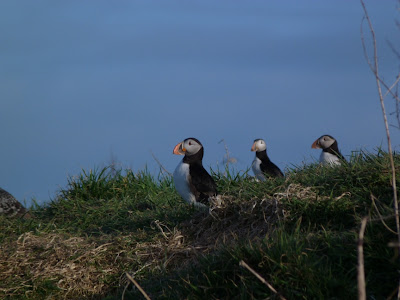 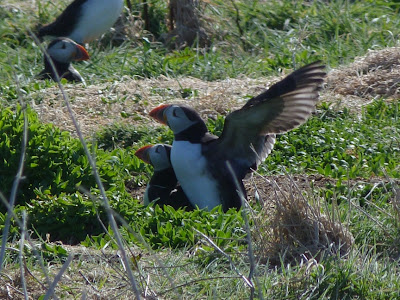 Puffins mating on land (they usually do it on the sea). 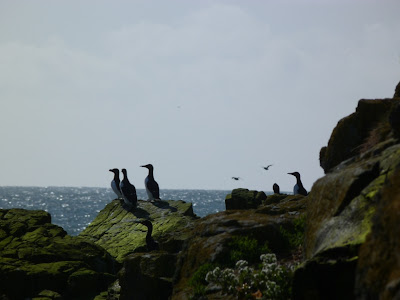 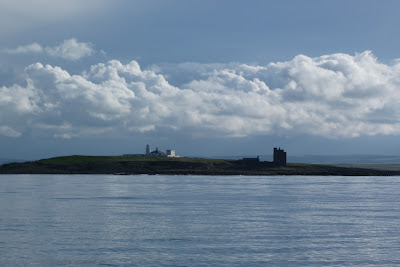 Inner Farne looking rare. The calm before the swell. 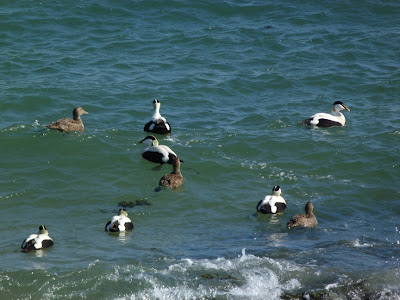 These Eiders can cope with all the recent swell no worries