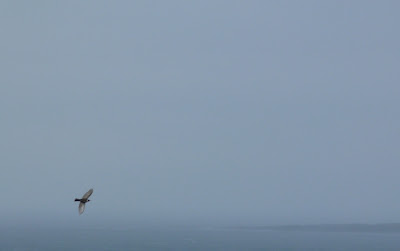 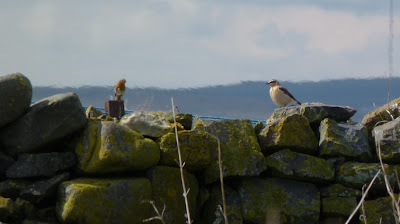 Back when it was hot, well warm. For a day.

Well its just incident after incident of late, the ones where you have to write a report, and by report I mean gripping yarns played out across my notebook as today (exactly 1 week since the last fall) we once again experienced the sweet taste of visible migration! From Moorhens to Wryneck's its been white knuckle this past week, and thats just the temperatures. 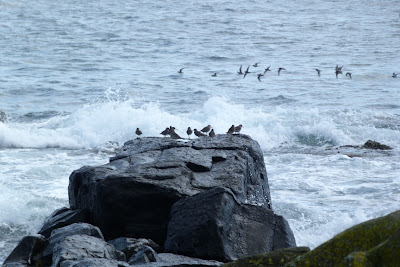 Purple Sandpipers getting ready for the big blow


Another low pressure whipping air up from the near continent brought good numbers of terns to inland areas, but it was all about the passerines here in the North Sea. 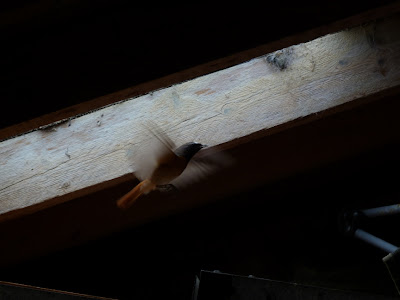 
I wont bore you with totals but will with a brief account. The day started slow, as most fall days here seem to. Although an arrival of thrushes and Robins was evident along with the appearance of the first Redstart of the year showed potential. But by late morning things picked up considerably with 2 Ring Ouzel passing through along with a smart male Redstart materializing. Robins numbers peaked with 4 Blackcap, 5 Willow Warbler and 2 Chiffchaff while Wheatear hit 6 and a late Redwing and Fieldfare juxtaposed the spring birds. The final flurry of arrivals happened at 2pm, capped by a Wryneck nonchalantly hopping around the Veg Patch (in the same field of view as 2 Redstarts, 2 Blackcap, 1 Willow Warbler, 6 Robins and a Moorhen - big up the Farnes!). 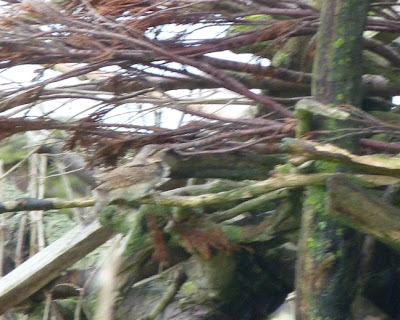 Wryneck semi-pic. Well I had a semi... 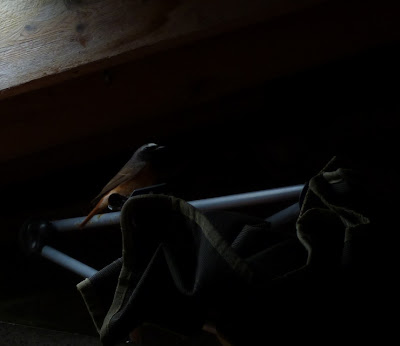 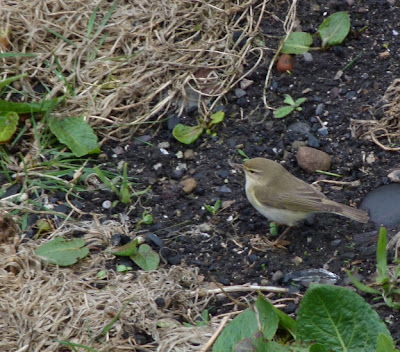 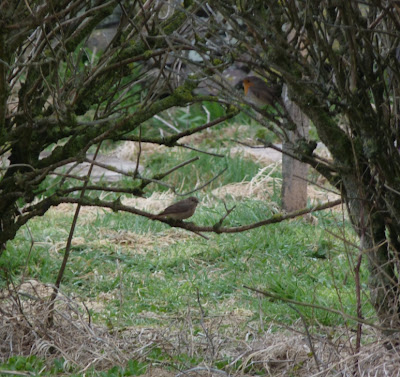 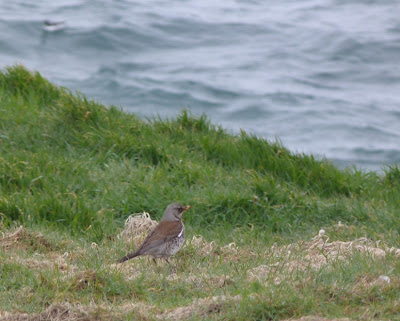 So besides this recent fall, a steady procession of bird has graced Inner Farne of late including a mega-rare Moorhen hanging out in our Veg Patch and adjoining Shag colony. 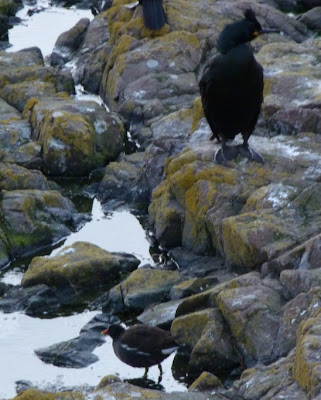 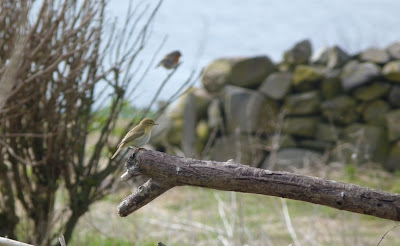 Willow Warbler when it was sunny...(nb Robin in background, they're everywhere!) 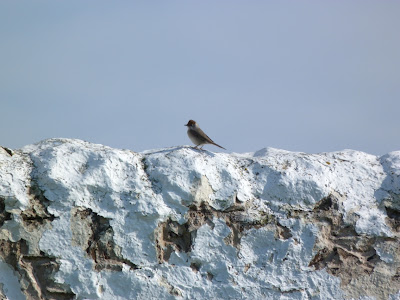 No bramble so a wall will do for this female Blackcap 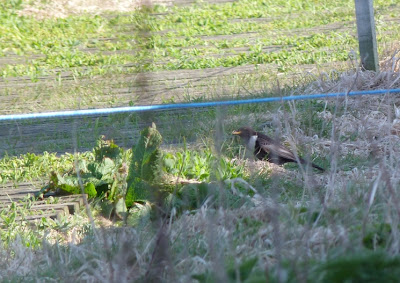 A day spent trying to get a decent pic of one of last weeks Ring Ouzel resulted in this. 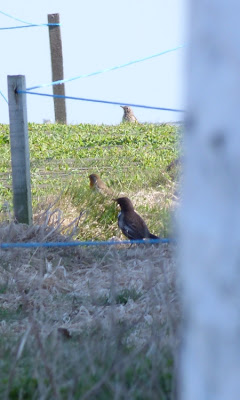 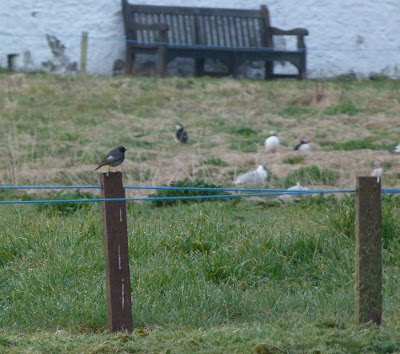 Just after the fall of last Thursday subsides, a smart male Black Redstart turns up! 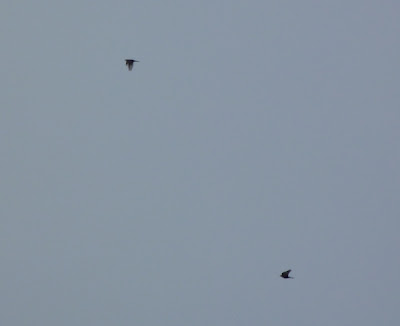 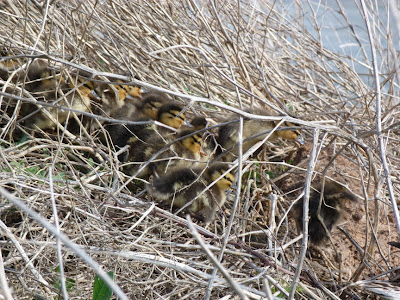 Chick! Mallard to be exact. 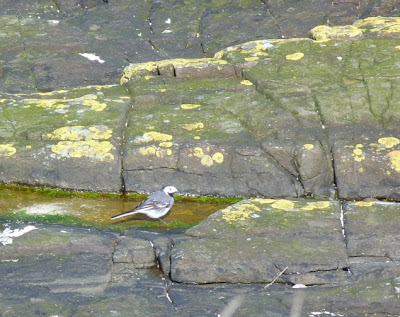