The past two days have been spectacular! Sunsets and rainbows are a fitting metaphor: 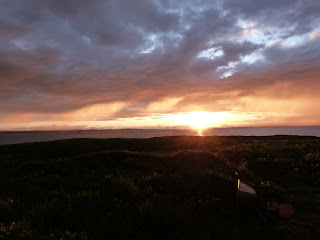 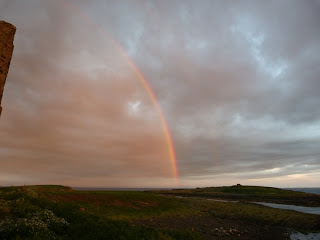 As rares drop on the east coast the Farnes have broken their duck with an Egret and Wrynecks!
Last night some folks were visiting Longstone to have a cheeky seal related swim, and found a juv Little Egret (only the 3rd Farnes record!)..which showed well paddling, flying and fighting (with the resident Grey Heron). 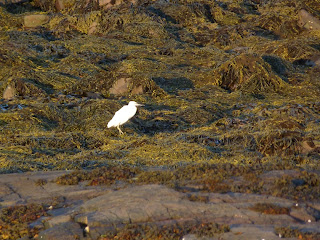 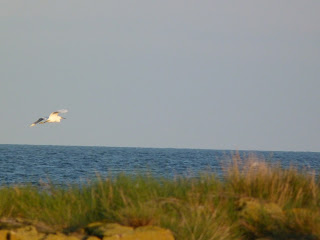 Other non-passerine migrants include a splattering of waders such as Greenshank, Whimbrel, Common Sand, 300+ Golden Plover as well as fly over Shoveler and Sjuas aplenty.
However today brought a mega little beauty in the form of a four-toed crawler – not one Wryneck, but two! The first was found around lunch on Inner Farne by Jamie causing a mini-twitch where we connected with the bird getting nice views of this classic drift pecker. Then upon arriving back on The Brownsman clocking the Garden Warbler and 4 Willow Warblers a stroll down the boardwalk saw Beck’s lightning fast bins skills getting us onto Wryneck number 2! 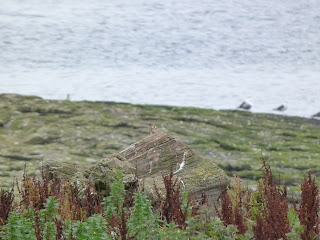 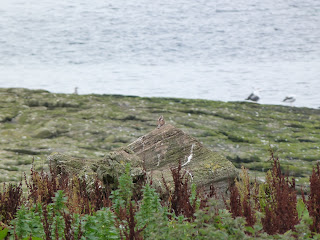 Wryneck looking hansome on The Wides.
Other birds on Brownsman involve 2 Whitethroat and Wheatear while a single Swift darted over Staple. 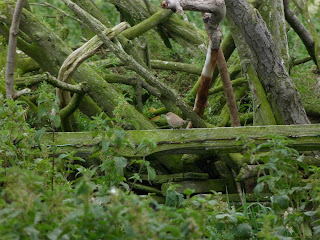 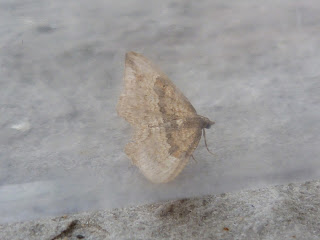 Bad photo through the pot of this flightly little sod. Come a long way though.
The Farnes are magic. What will we pull out of our hat after rain hits this evening?
Posted by Will Scott at 11:16