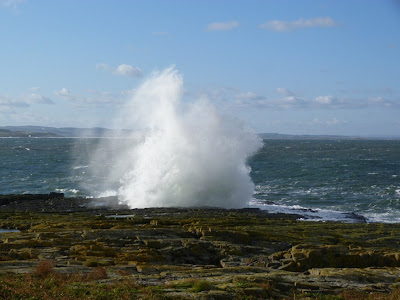 What happens when you see a beautiful bird or maybe The Churn blowing with full force in the Northerly winds and swell. 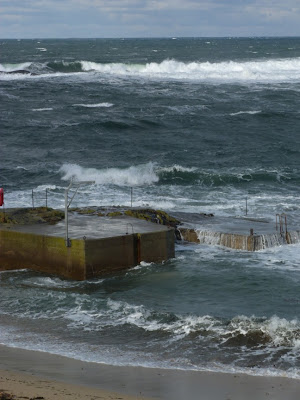 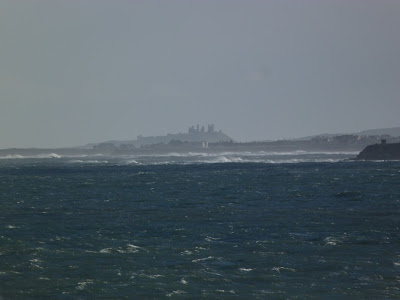 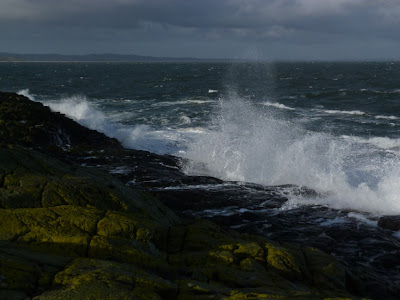 And at this time of year northerly winds mean birds! Maybe not charismatic Siberian vagrants tumbling out the sky after 1000's of miles of confusion, ready to numb our faces with their antiseptic stonk! BUT birds that are real hard nuts, numbing our faces by deciding to become apparent only in the coldest, windiest of conditions! I am of course talking about wildfowl and Little Auks! 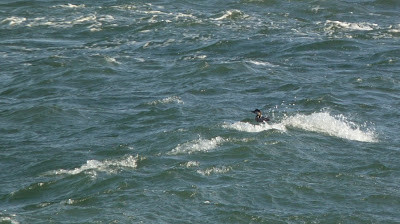 Common Scoter became abundant during the winds including a few seabound birds struggling in the breakers.


The North winds pushed huge numbers of tiny Little Auks from their wintering grounds up north and as the wind eased they moved back towards said areas in their thousands, 4,903 to be exact..amazing! No pics as face, fingers, everything was numb. And they were mega distant, and these are small birds, I;m talking the size of a thrush and a small thrush at that! So are hard to capture in film, but as the Farnes ultra-marine wealth means a few stick around to fest on crustaceans for the winter so I'm hoping I'll get a shot or two...may well be too numb. 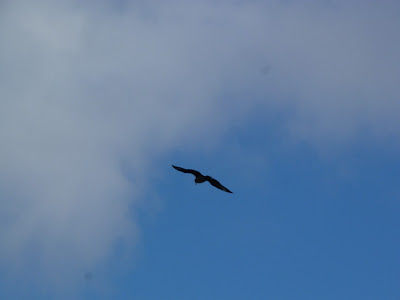 One of the by-catch of the storm, a late-ish Great Skua.

Beside to Aukfully good passage, there has been a canny few ducks and divers skimming our periphery. The undoubted highlight being an immature Garganey that went north with 80 Common Scoter a couple of mornings ago, pretty random but that's whats so good about birding! Its not all about rares (though they are best!) with a spectacle of hundreds of wildfowl passing by was brilliant! Fist clenchingly good with oddities being Pintail 1N, Goldeneye 21N, Velvet Scoter 3N, Long-tailed Duck 3N, Grey Plover 2N along with a good show of all three regular UK species. 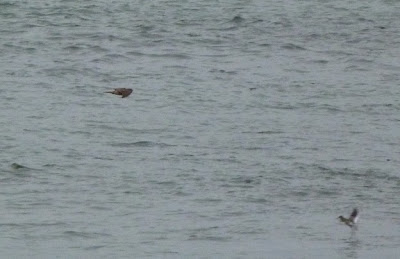 I was too busy counting ducks 'two time' as they say in the Ghetto so here's a photo of a Merlin freaking a Redshank out.


Passerine stuff has become more random with Long-tailed Tits, a major Farnes rarity getting the pulse going along with Twite and Black Redstart, big up the songsters. 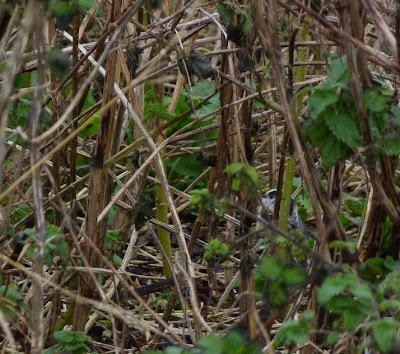 Looking rare! One of four Long-tailed Tits on Inner Farne 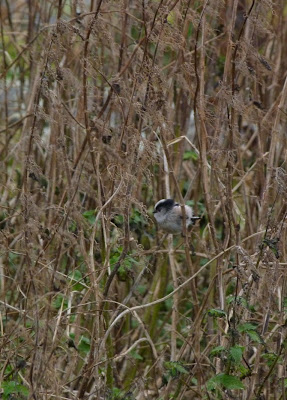 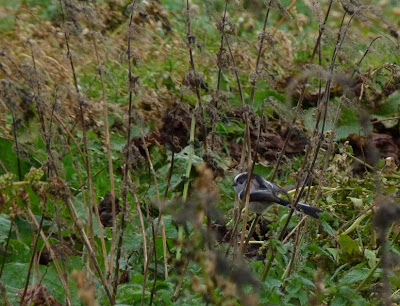 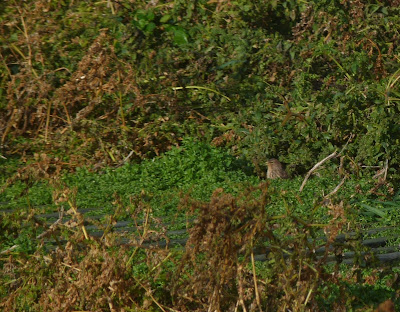 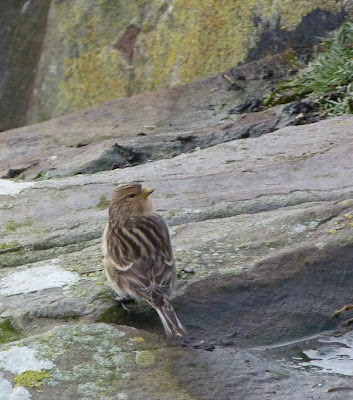 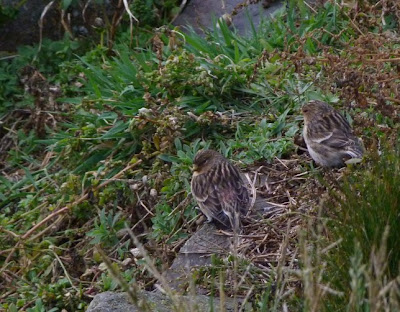 I hadn't seen Twite on the deck in years (in fact since I was last in Northumberland at this time of year) so was mega-stonking as they say in the biz.
Since then the seas have flattened, going from double D to A (if you get the analogy) and the winds have swung like a metaphorical bat, to the west, hitting birds away from us! However 3 Waxwings over in the past couple of days point towards some ongoing continental arrivals and with so many Pine Grosbeak irrupting over there who knows what will happen?!
Posted by Will Scott at 11:52