Deary me. Oh my gosh. And other such mannerisms. What a brilliant few days I've had here on the Farnes, there's been highs (adrenalised rarity finding) and lows (when it was too dark to bird), but mostly euphoric birdwatching! 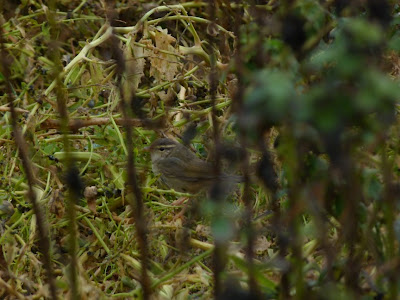 Radde's Warbler showing as well as to be expected, I was along and 10ft away! FARNES! 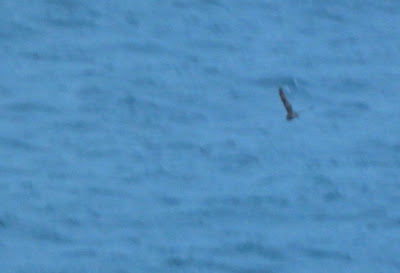 So Olive-backed Pipits decided to be proper rare and stay only the one afternoon. But we had lots of stripey ankle slappers in the form of our Siberian Warbler menagerie! The day started well with the Radde's Giving typically skulky views before disappearing as per. Whilst walking round the boardwalk a Yellow-browed Warbler decided to wander in, and feed on the ground with Goldcrests, upon turning around another Yellow-browed appeared in some dock - migration in action! Love it, birds just dropping in, seeing land for the first time in aaages, or a day, which for a bird is ages. 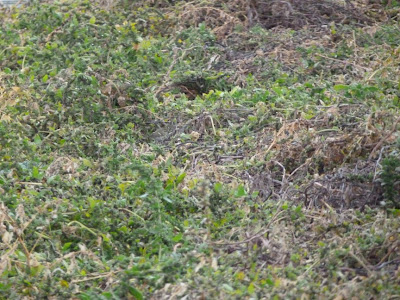 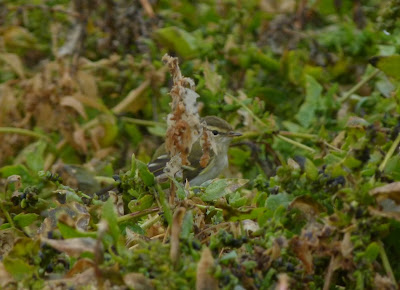 Hi! The bird was pretty confiding, probably due to exhaustion. 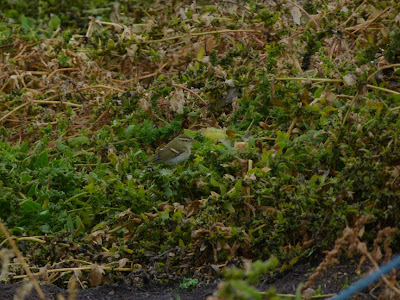 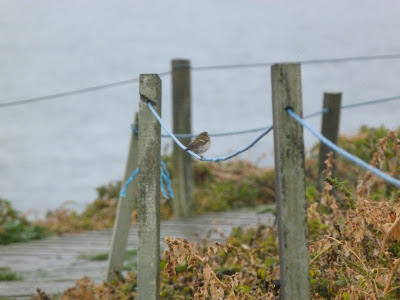 On the Farnes blue rope becomes a branch. 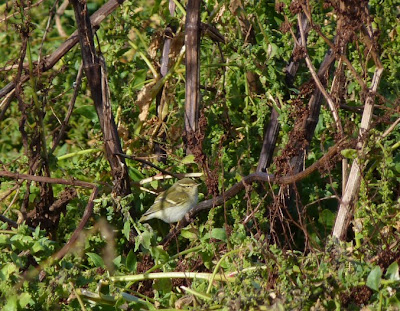 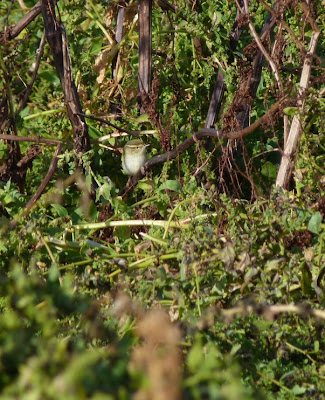 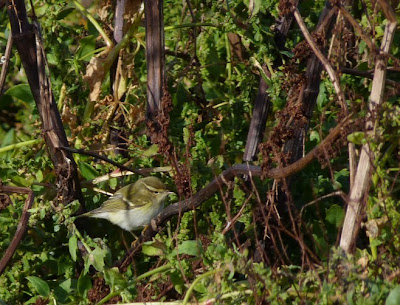 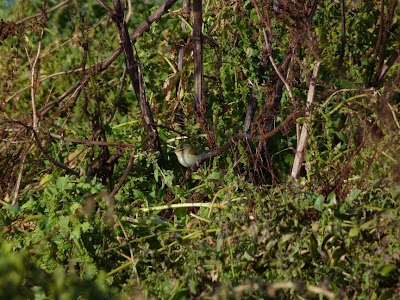 The afternoon was spent monitoring the Grey Seal population an seeing Yellowhammers  (Farnes tick) on Brownsman, the fog had cleared for the first time in days but the NE winds persisted and despite the feeling that birds would be clearing out in the improved conditions I strongly felt something may have dropped in. So upon getting to Inner Farne as the sun set, I stormed up the island, into the first Nettle clump and was greeted by a cracking Pallas's Warbler - uberstripefest! Pity my photos in low light are laughably bad: 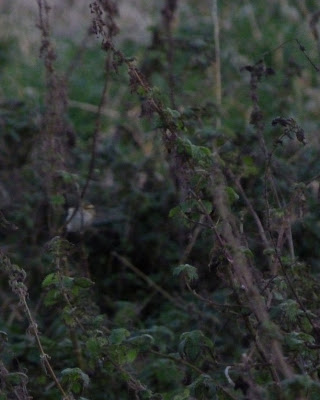 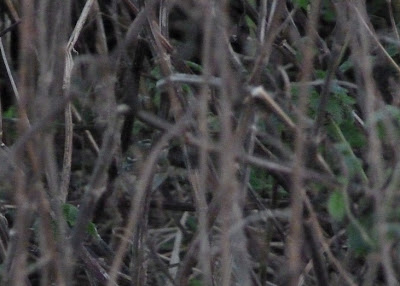 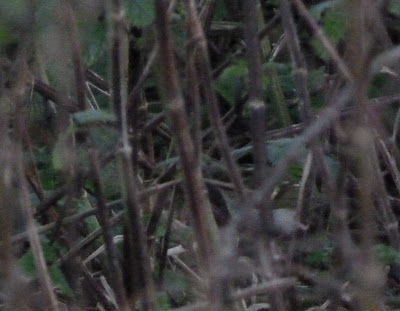 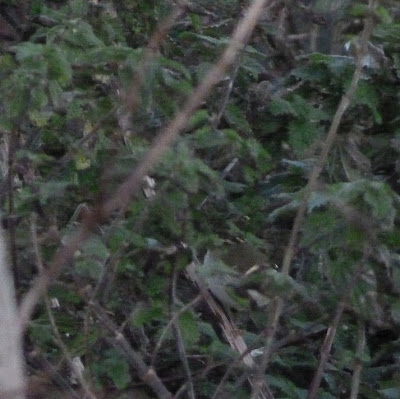 
Today saw the continuation of some sunshine, and as expected alot had cleared out. But a Yellow-browed remained and the Radde's Warbler decided to appear mid pm allowing me to get two passable photos! 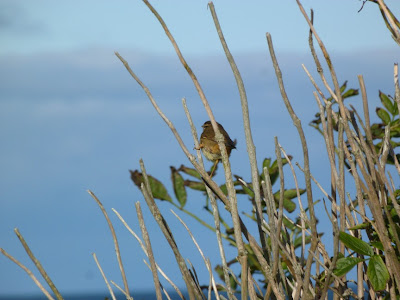 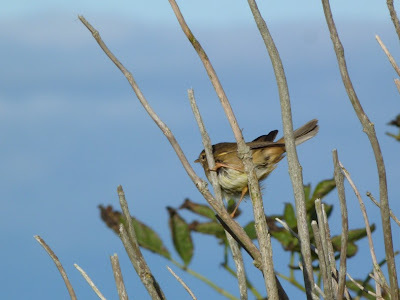 Check out those undertail coverts - life is peachy!
And finally some random shots from today's sunshine: 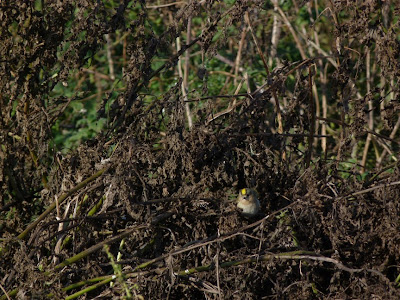 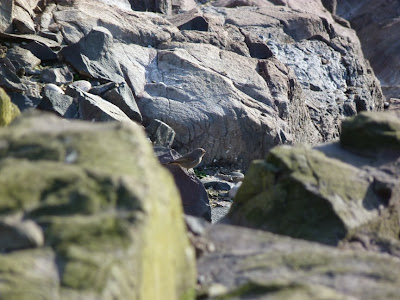 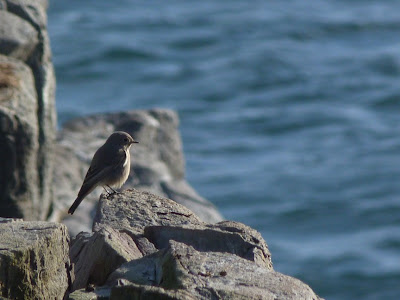 Sunstart (Black Redstart, not claiming a first for planet earth!).