So I'm back up north after what I'd love to say was a jam-packed week on Scilly. However, after last years fist full of rares, the inevitably high expectations led to invariably low morale as common birds seemed thin on the ground and having missed Sykes Warbler and Grey-cheeked Thrush, plus also dipping on Buff-bellied Pipit and Blackpoll Warbler my lack of luck was compounded! However I'm not complaining as Scilly is always great! Scarce and rares were plentiful and always brilliant catching up with people you haven't seen since last autumn! Here's some twitched highlights: 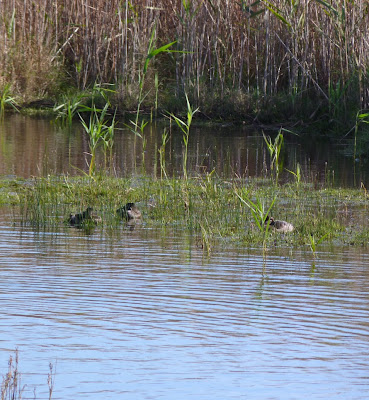 Ring-necked Ducks - Porthellick. Found on Porthloo as I was midway along the Rocky Hill trail I ran like the clappers back to my bike and got thee just as they flew off! Luckily they relocated to the pool for some much needed rest after there transatlantic voyage.
Besides the highlights previously posted I didn't twitch much else really, the Hume's Yellow-browed Warbler in the Dump Clump was really interesting, but my experience (besides the Sussex bird as a lad) is severely lacking! It was so bight, weirdly so, but the call was definitely different (though not as I remember it!). Anyway enough. I found some stuff which was cool, mainly luck, well its always luck isn't it? This Red-breasted Fly in Old Town church on Oct 16th quickly drew a crowd, which was awesome! Not the rarest but that mad dash of people, from1 to 60 in 5minutes is what Scilly is about, sharing! 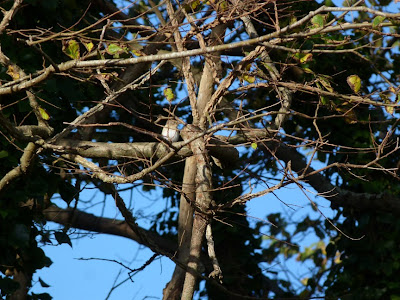 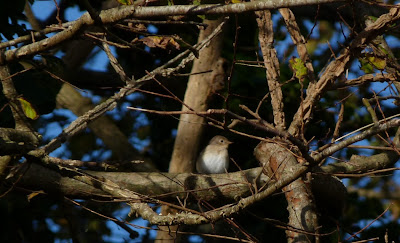 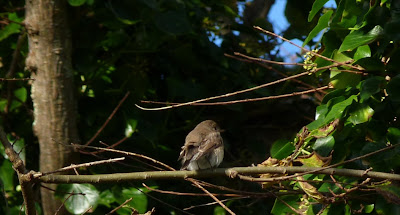 Lovely first winter with fresh coverts, pale bill (especially at the base) and brownish uppertail coverts.
Another grand birds was a presumed Richard's Pipit that flew low over my garden, also on Oct 16th had some severe sqiff going on but no pics unfortunately as was too busy stringing it. However a more showy self-found garden nugget came in Yellow-browed to the Warbler form which loved our Sycamore (which has held a couple this year already and two last year) along with a bonny Firecrest! 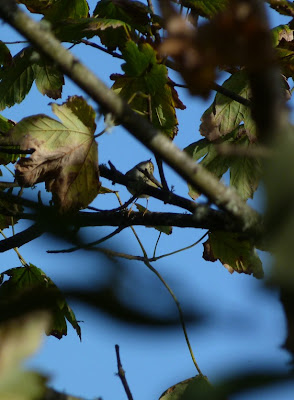 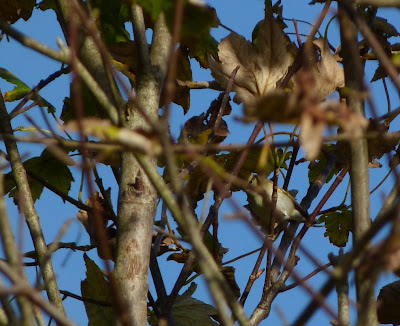 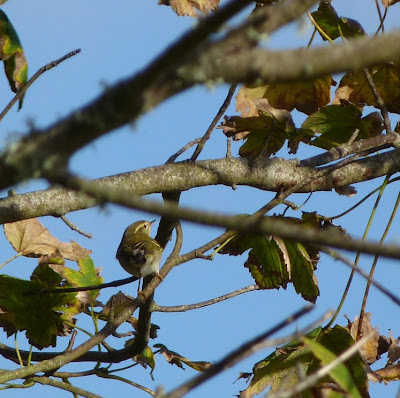 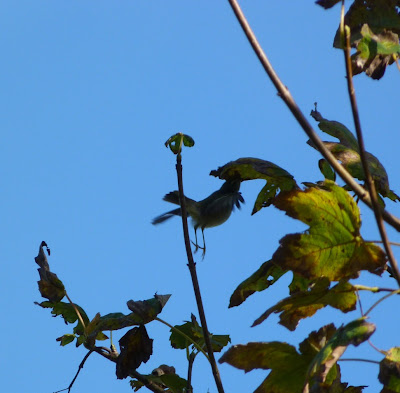 The beauty of Scilly...you don't know whats round the corner! What a lovely gem of a warbler!
So that was that, a fantastic week, enjoyed at a steady pace, but time waits for no man! So back to the Farnes I go! Been back a day or so and have jammed in on Inner Farne's Barred Warbler along with general migrants action including the expected Chiff, Goldcrest menageries with a smattering of Thrushes (Mainly Redwing, Song Thrush, Blackbird) and a dash of Cardeulis (Linnet, Greenfinch, Redpoll). But perhaps even better were the White-beaked Dolphins that put on an amazing show through Inner Sound this morning, many breaching several feet out of the water! They must of known I didn't have my camera...! 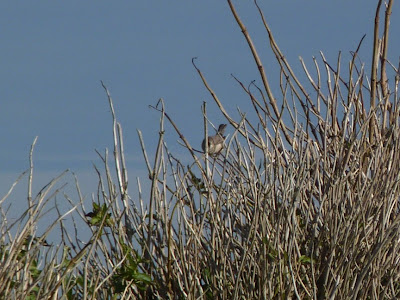 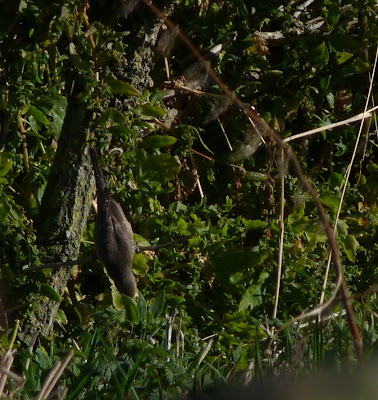 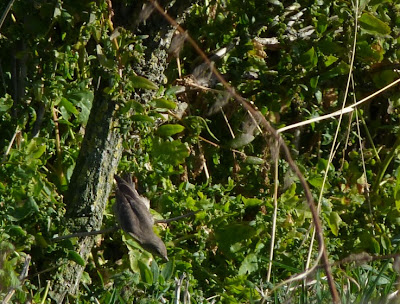 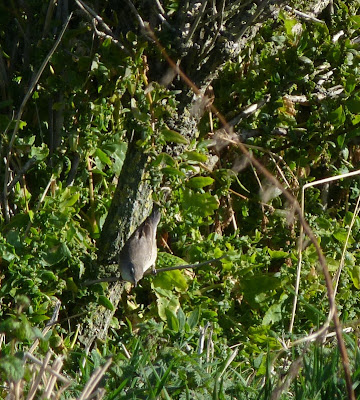 The Barred Warbler actually showing itself! 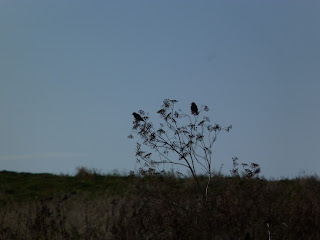 Linnet tucking into some Hemlock.
Finally a couple of random shots: 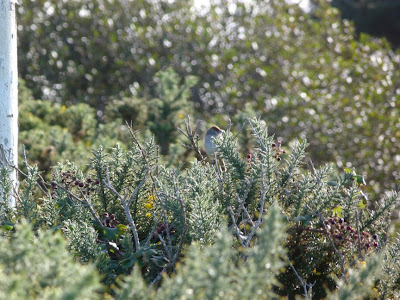 Fancy female Backcap in the garden. 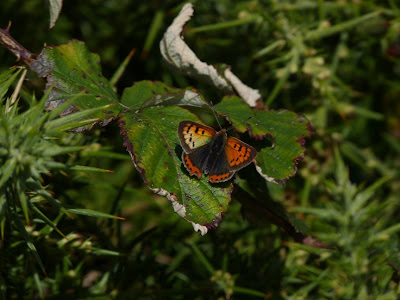 Aberrant Small Copper, this form does have a name, just can't remember it! 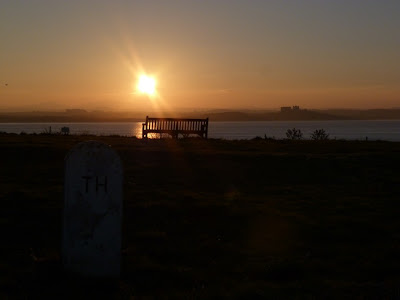