Oh my giddy aunt. What day is it? Has the space time continuum spliced into some double helix sulphide bridged DNA derivative? Regardless I am crippled. Not by birds or epic natural events, but by Christmas, New Years and general festive flow of spirits and associated fundum. 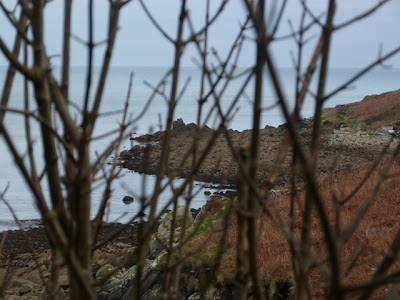 A metaphorical photo. Life through an alcoholic tangle!

Needless to say not much birding has been done, attempted or even contemplated. But this lack luster ornithological shizniz has departed by brain, along with the cocktail of alcohol, monster food and their nasty metabolites meaning I am 'back in the game' as they say somewhere I'm sure. 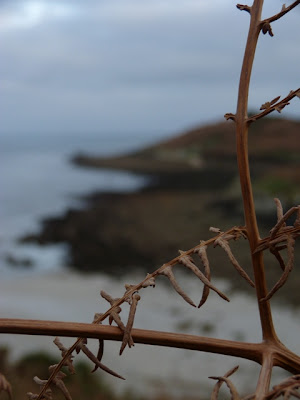 So. Birds. Yeah them things. The ones with the wings right? And feathers? Some even fly I've heard. Even got bills instead of mouth flaps. Weird eh? And some really special ones don't open their bills in a solely vertical fashion. Oh no, some can open their bills sideways. One such species is the Crossbill. Up there amongst my favourite UK Finches, probably one of my top ten UK birds actually. But not only because they prise apart pine cones using their sideways bill stance (though that IS awesome). Mainly cos they is well fit innit. One look and you'll be cross-eyed with crippledness. 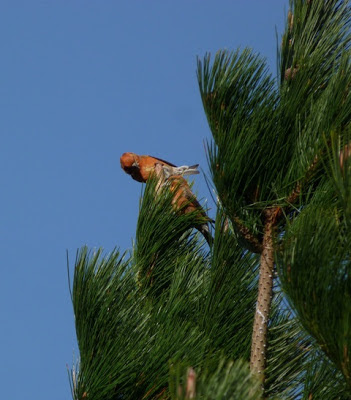 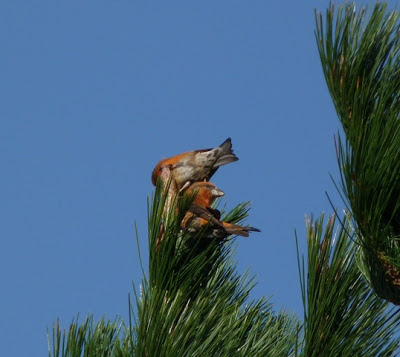 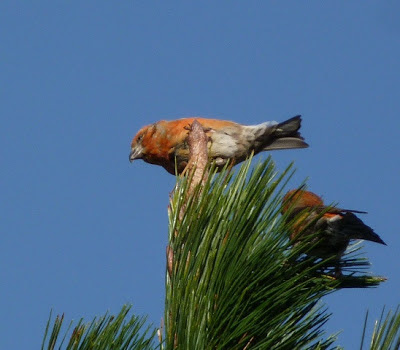 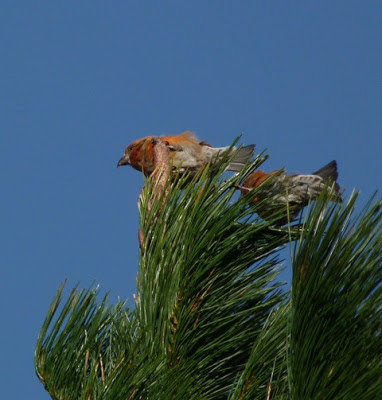 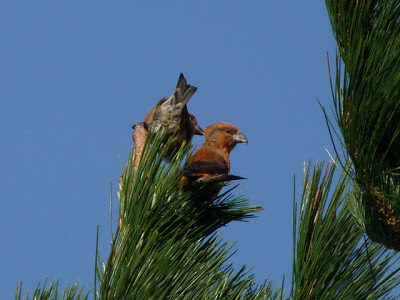 See how red they are?! See their crossed bills?!

I've been lucky enough to have up to 9 of these chunky specialist finches in the back garden, with the occasional obliging perch seeing me dashing out the house, foaming at the mouth, lens in hand. Not in a weird way though, yeah?

After disgusting Atlantic dominated wind and rain for pretty much the whole festive period (obviously with Rose-breasted sweetener) we are currently experiencing a much needed settled patch with temperatures constantly in double figures making anything outside rather pleasant what what. 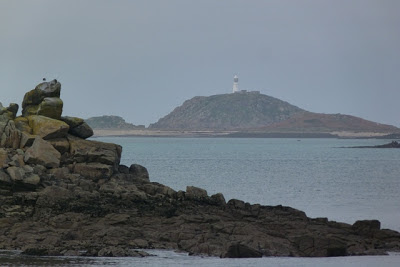 With this is mind, and my impending start of some flower picking tomorrow I thought I'd get out to the east of Marys. And I tell you it was bloody lovely out there, a pair of courting Grey Wags brought an amorous feel to proceedings while two flyover Crossbill had me wondering if they were being employed by the feds to follow me. 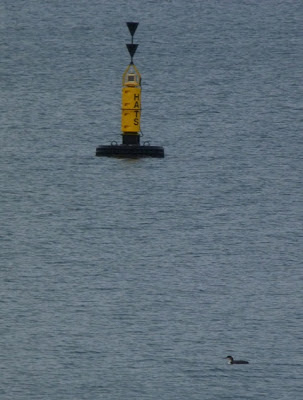 Stupidly I didn't bring my scope, so casual scanning of the Scillonian seascape brought some nuggy rewards. A feeding party of Harbour Porpoise off Pelistry had my reminiscing of the Farne Islands and our cetacean watches. But back to birds. Those gay sharks are cool but I'm not able to sufficiently communicate their emotional impact through words, even with my words. So. Further round saw 4 Great Northern Diver feeding pretty close inshore so I did the pensive sitting watching appreciating thing for abit and saw the resident Black-throated Diver in the process. Cheeky white bumspot, which I believe is the technical term, along with smaller size, structural and other plumage differences which I wont bore you with here all allowed me to grill and enjoy this Arctic waif. 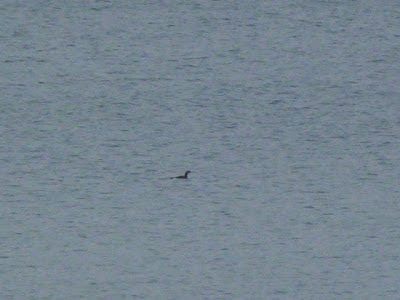 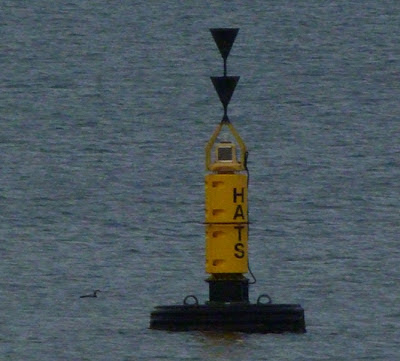 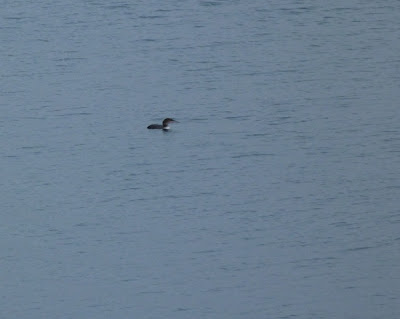 So what now? Who knows. Will I ever update this blog more regularly than my recent trend of sporadic spasmodic postings? Probably. Byye.
Posted by Will Scott at 10:41