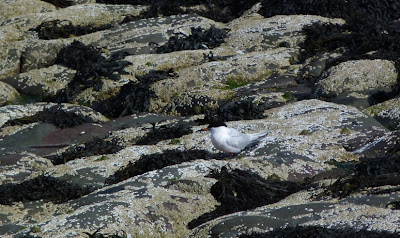 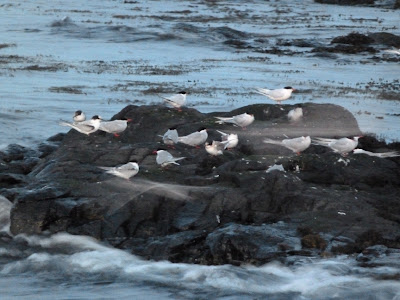 A post-breeding adult (top) and some arty esq roostified action right above this. It contains 2 adults and 1 juvenile, can you see them? Thought so.

Weeellllll. It has been long hasn't it? Too long? Not long enough? Either way I am back firing buck shots in your general direction. I could reem off a list of excuses involving hectic work and social schedules or lack of power or whatever but to be quite honest the main reason is being outside is really really good. Especially in the summer. And now that the weather has vaguely inproved too. 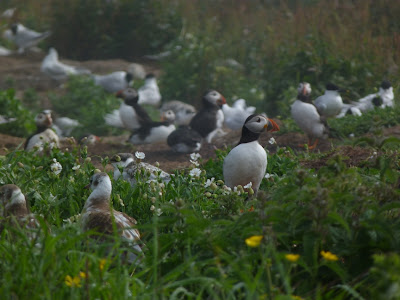 So whats the crack as they say? Well. The breeding birds are already departing in big numbers while passage birds have yet to fully kick in. That being said, some canny seawatching t'other day saw Pomarine, Arctic and Great Skuas passing by amongst several hundred Manx Shearwaters, some Sooty Shearwaters and a couple of Scoter (both Common and Velvet). While wader passage is also picking up nicely as these dainty birds head south from their northerly (even Arctic) breeding grounds. Terrestrial dwellers like the warblers are beginning to appear with the first Garden and Willow Warblers appearing over the past few days to join our summering Chiffchaff. 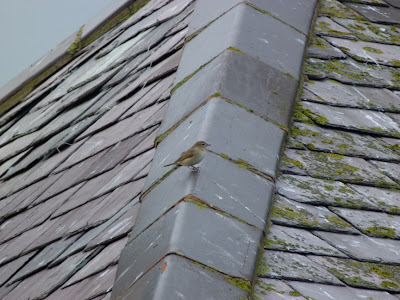 Classic Farnes views of this Garden Warbler (on Brownsman Cottage)


But its mid-summer here on the Farnes so time to lurk menacingly, net and torch in hand, dusking for moths in the evening twilight, and stick a fuck-off big light out to attract those hard enough to fly after 12am. Here's some highlights: 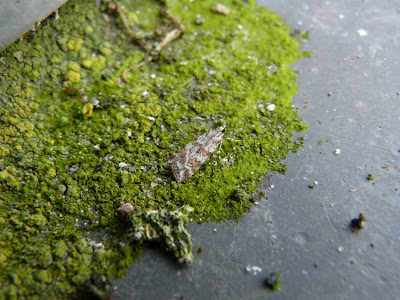 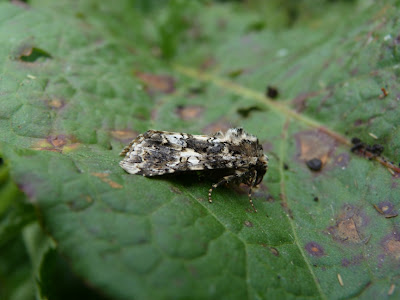 Marbled Coronet, a species that feeds on bladder campions, of which we have alot! 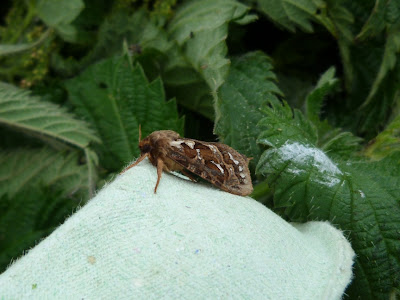 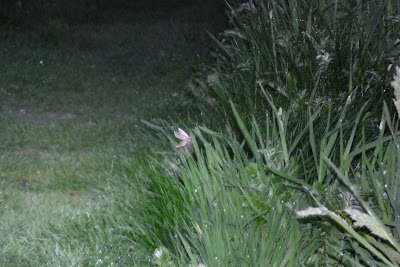 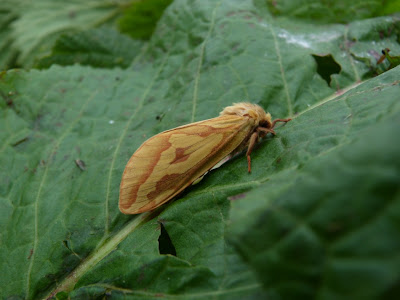 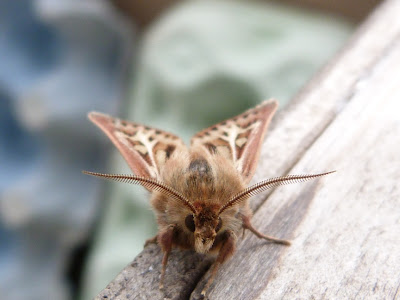 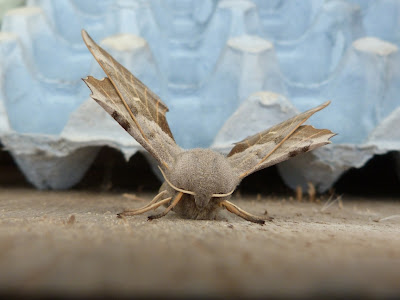 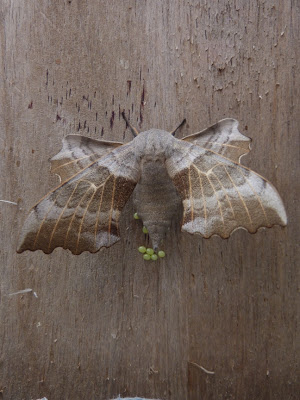 This Poplar Hawk Moth was the first I have caught on the Farnes..and she laid some eggs! 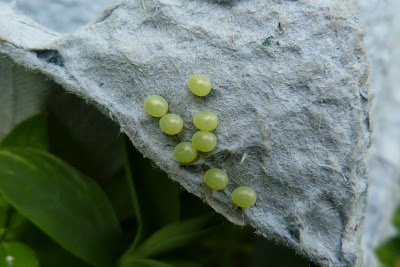 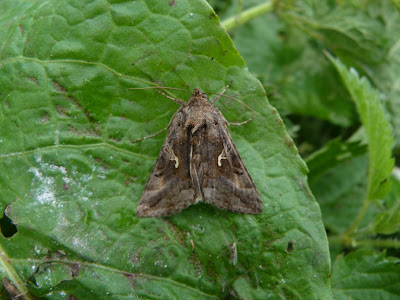 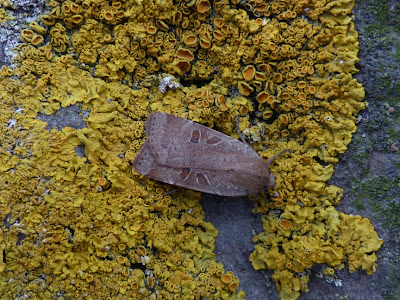 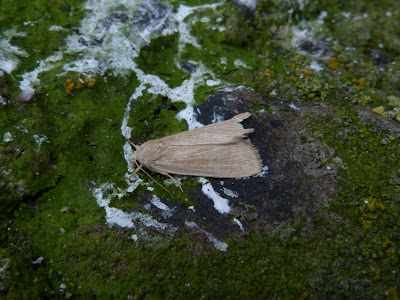 Lyme-grass, a local moth that is probably my 'moth of the year'. 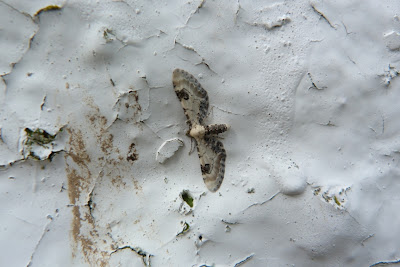 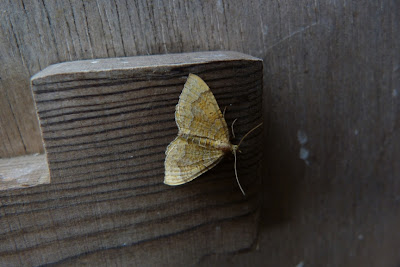 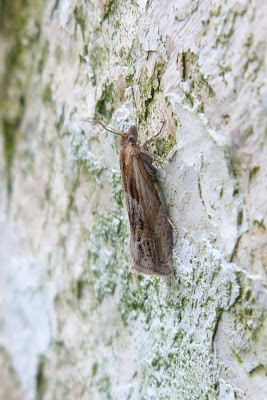 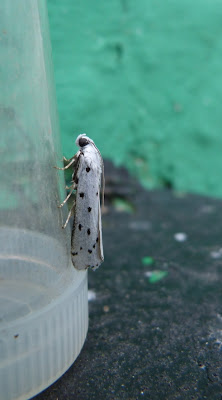 Thistle Ermine, what a speckly crippler! 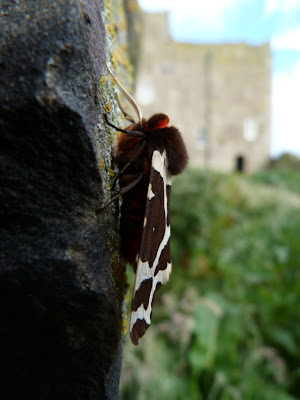 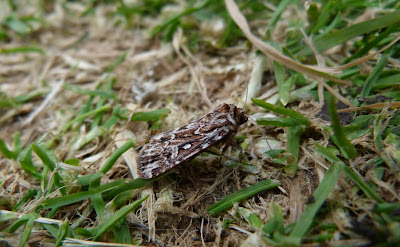 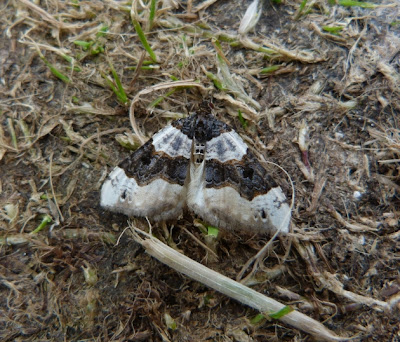 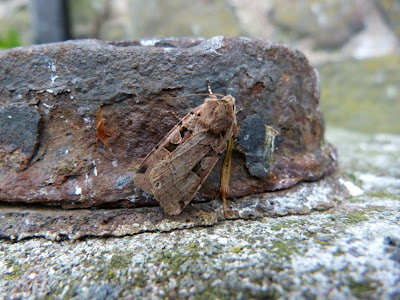 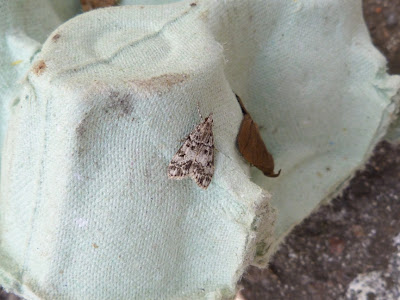 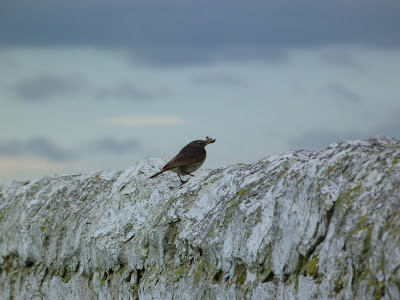 The locals mak good use of such momentary moth abundance....

And speaking of night time wanderings...we gone did some Storm Petrel ringing... 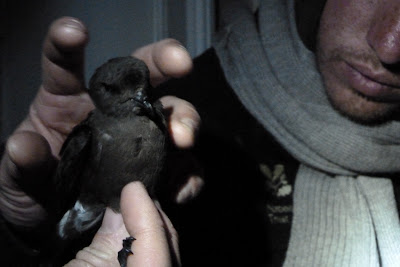 Stay tuned for the next episode!
﻿