I am becoming increasingly obsessed with weather, by the day. More than usual. No really more. Island life is ruled by the weather and it's impact on the sea, and at this time of year said weather also plays a large role in what migrant birds are pushed our way. Sounds very serious eh? It is. Intensely. 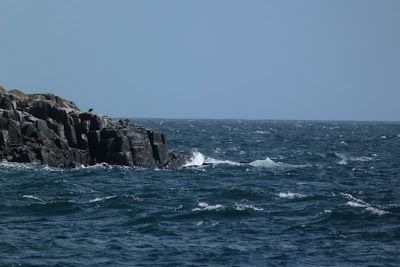 Southwest winds are no good for rares, but great for some chop 'n that. 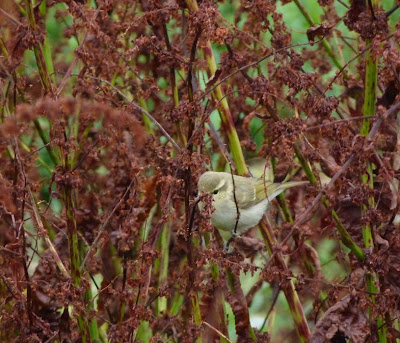 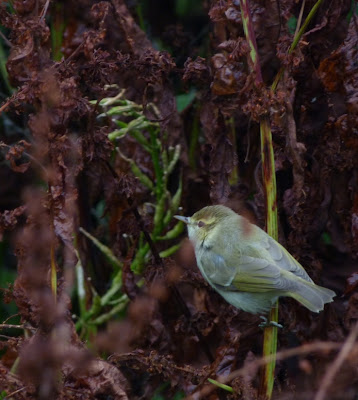 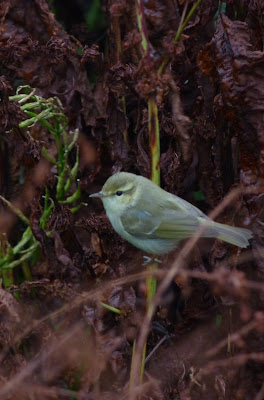 Luckily this little bliter stuck around for a sit down grip.

The Greenish that was brought in by the light NNE winds a couple of days ago remained, crippling in situ, while the winds swung round to the south bringing unexpectedly good seawatching and disgusting general terrestrial conditions. An hour or so between rounds produced 2 juv Black Terns which attempted to fight mother mature southward, loosing (obviously) and heading off north while a lovely Long-tailed Skua also went north amongst some Arctic and Great Skuas and perhaps most strangely of all...3 Grey Herons moving south... 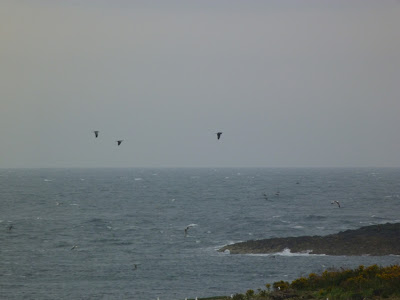 Otherwise now the breeders have departed, wisely opting for warmer climes, the land has been quiet bar some nice fresh looking Wheatear and Willow Warblers. 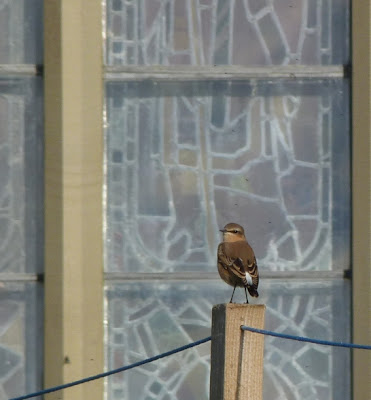 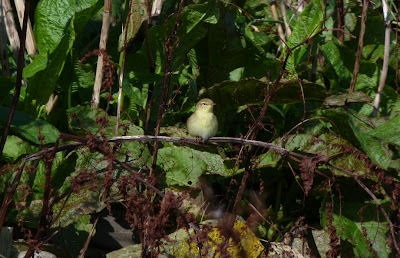 Fresher than a lemon to the eye.
So it was left to the sky to rain birds upon us. And it did. Big time. In the freshening Sou'westerly winds a good Common Swift passage occurred with 99w over Inner Farne in hour (with Brownsman scoring with 200 odd), creating a cool atmosphere as I watched these wizards of flight stonk through, some at head height! 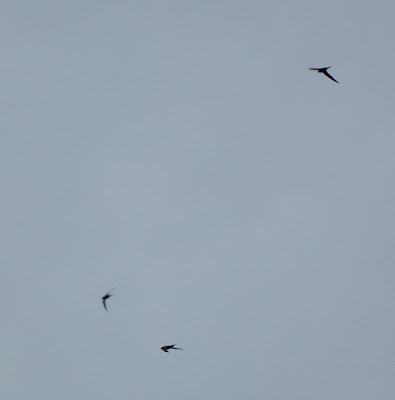 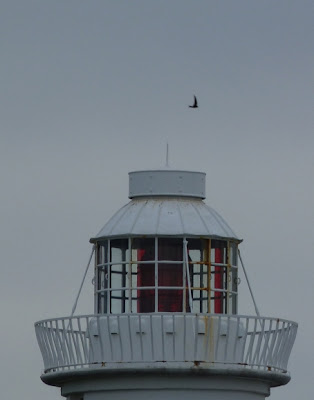 Some 'atmospheric' shots of a few apus apus 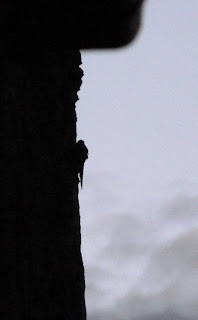 And we were lucky enough to have 2 Swifts join us overnight..

Finally as if all this stiff-winged passage wasn't enough to get us...er stiff(?), then the 3 Black-tailed Godwit that passed over early this morning certainly did (a rare bird on the Farnes). 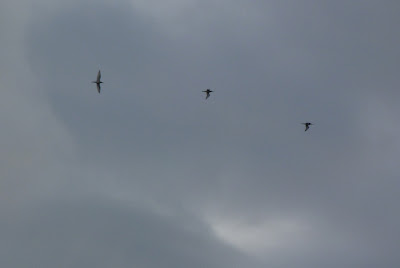 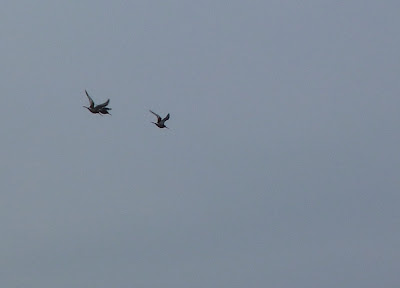 If I were an ID king I'd Say 'note the long legs projecting beyond the tail, couples with the wingbar' but then that's not expert knowledge I guess!

And finally if all this talk of migration and rares is leaving you feeling thoroughly intimidated and inadequate (don't worry I don't even know what I've just gone on about) then here's and Peregrine...oooh sweet familiarity..! 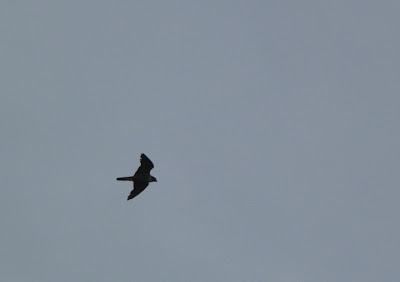 Wana guess its age/sex? Phwaaa
Posted by Will Scott at 12:14