Yes that’s right – I can walk on water! Well actually ground so saturated with rainfall that proportionately it is water not soil. Said rain, that has dominated Scilly yesterday and today stopped the 2 Yellow-browed Warblers and Common Whitethroat that were down at Lower Moors from going anywhere, and the 16 Chiffchaff in the are seemed to agree. 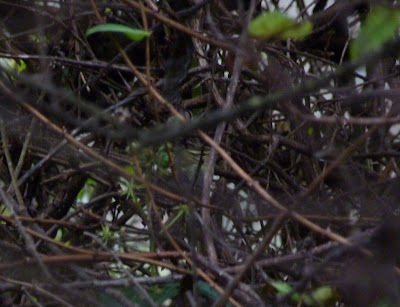 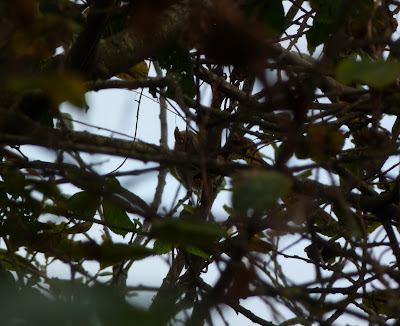 Where's the Whitethroat? Answers on postcard.
Migrant numbers in the traps were down (along with resident numbers) due to a breezy night although Rusty Dot Pearl and White-speck both hit double figures and single of Rush Veneer and Delicate indicate some alright stuff’s still about.
Garden rounds produced very little today in the deteriorating conditions so I wont dwell. As the rain increased this afternoon I took the opportunity to get some report work done but mid-afternoon a Scaup that had been on Agnes in the morning turned up on Porthellick. So I walked upstairs and looked down the scope, and…there it was. Garden tick! Now I know it’s not all about ‘ticks’ but if it’s there you’d be stupid not to bag it. 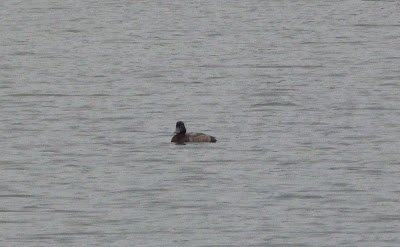 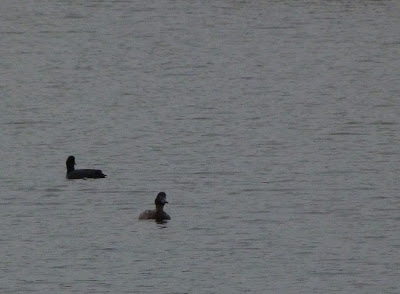 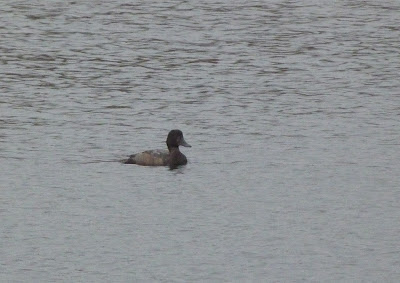 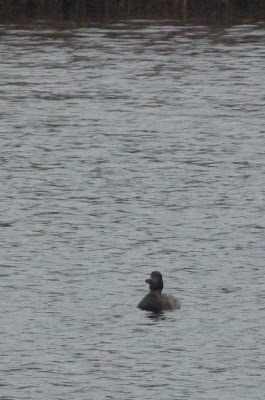 For good measure we popped down the pool to have a closer look. Suffice to say it’s Halloween monster! If you’re familiar with a duck called an Eider, imagine a male Eider in eclipse (or google it) and you’ll get an idea of this thing looked like!
Posted by Will Scott at 12:53