Ghosts of the South 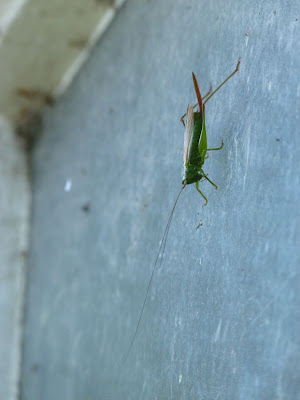 This female Long-winged Conehead is LOVING the weather. Check out here ovipositer!
So this is a belated blogulation about yesterdays sun-kissed sightings. The day dawned excitingly with some steady Thrush and Finch movement with 61 Redwing, 3 Fieldfare, 37 Chaffinch, 3 Brambling as well as 6 Skylark, 1 Snipe and 7 Swallow between first light and 9ish. The garden actually recorded more as me and my dad were positioned at each end so as not to miss anything making these figures underestimates. 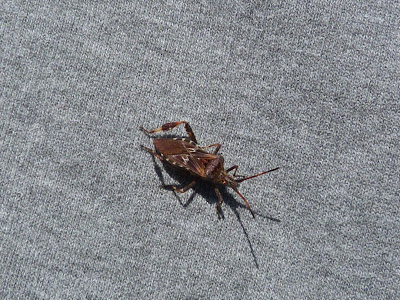 Western Conifer Seedbug. Big fat alien scum (Non-native or invasive species which has spread from Europe). But kinda nice looking.
The day just kept getting better in synchrony with the suns and temperature and felt mega rare for some migrant insect action! So it was off the Porthellick Down on the off chance of some Long-tailed Blue or Crimson Speckled glory. On route 2 Firecrest were in Carreg Dhu while Chaffinch were constantly abundant. Upon reaching the Down a flyover Richard’s Pipit (presumably the lingering bird) appeared to drop down on Deep Point but despite uber-kicking it refused to be relocated. Small parties of Chaffinch were continuously trying to leave south over the sea, then turning aound. Clearly hundreds of miles of ocean weren’t appealing. Migrant insects were few and far between with 1 Rusty Dot and 5 Silver Y however a female Long-tailed Blue seen at Watermill made me think maybe I should have gone there! 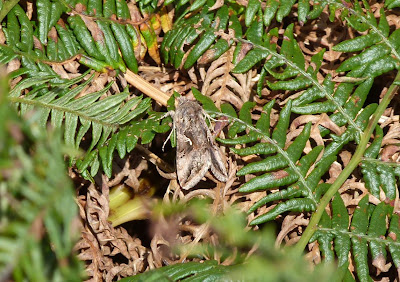 Silver Y sun bathing.
However as the day rolled on the garden had to get seshed. So in the blistering weather I set out with high hopes. Insects were abundant in our sheltered glades with 3 Rusty Dot , 25+ Silver Y, 1 Clouded Yellow and tons of Red Admirals. But the highlight was be avian – a Common Rosefinch flushed as I entered our ‘’ was absolute quality. Alerted to a weird call, it flew right past me allowing bins filling, in the sun views as it slowing bounced across and away. Having never heard them before it was awesome to put a voice to the face as it were. The mega-ness was reinforced by 4, that’s right 4 Red-veined Darters! Ending frustratingly with an unidentified large blue Draginfly species that I couldn’t relocate after brief naked eye views. Damn! Other birds included Black Redstart, another Brambling and lashings of Chaffinch and Siskin. 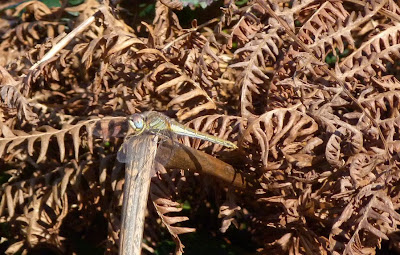 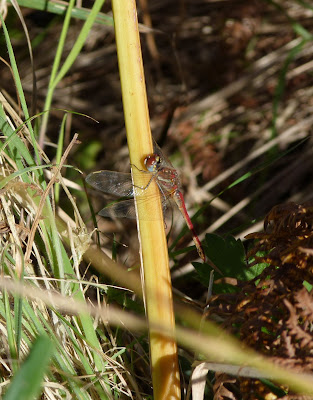 1 of 3 male Red-veined Darters chilling at Longstone.
After partaking in multiple beverages last night today was spent mostly dying alittle inside so not much was done beyond passively absorbing anything that flew into my field of view. This process yielded a Black Redstart in the garden and Holy Vale.
On another note, or not, as I may have mentioned migrant insects before in this ans every other post – but it’s pretty banging at the moment due to some strong ass southerlies originating in Southern Europe. So here’s some photos of recent catches (all were released unharmed haha): 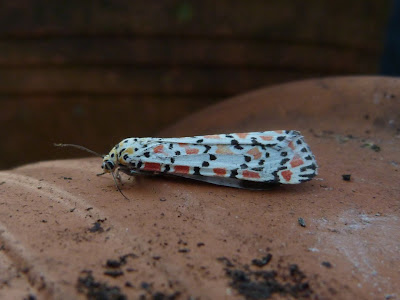 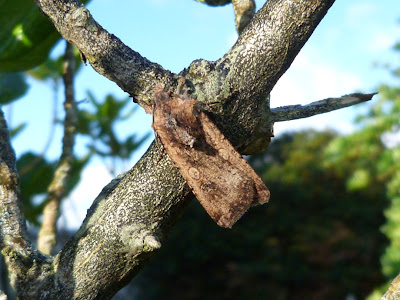 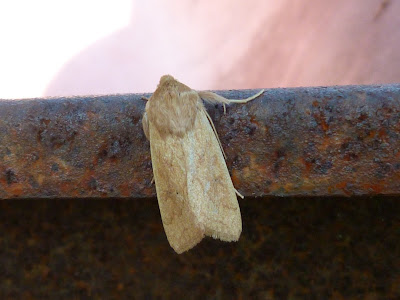 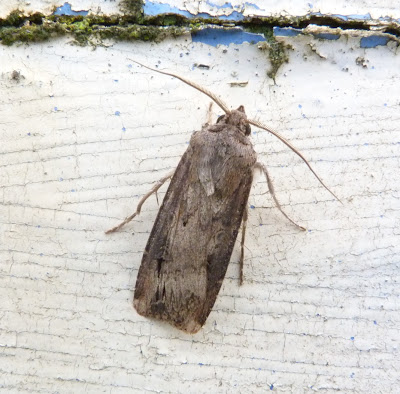 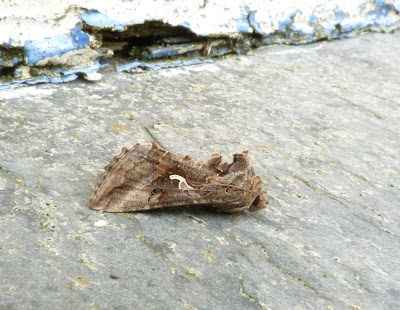 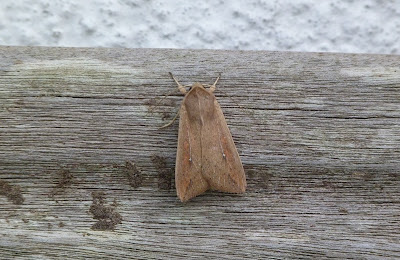 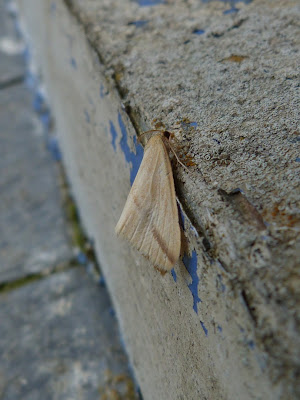 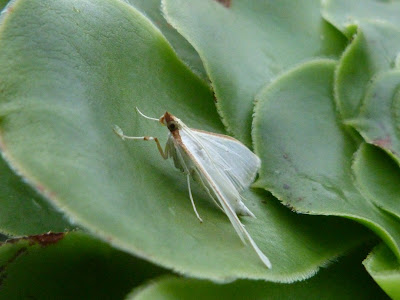 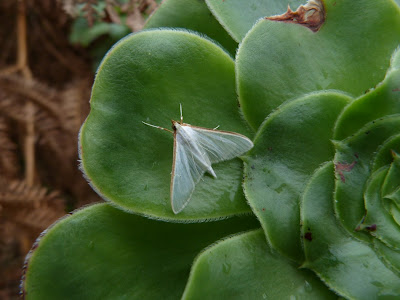 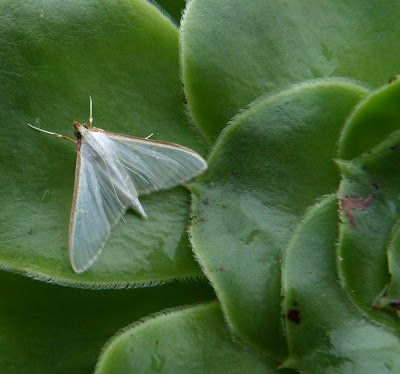 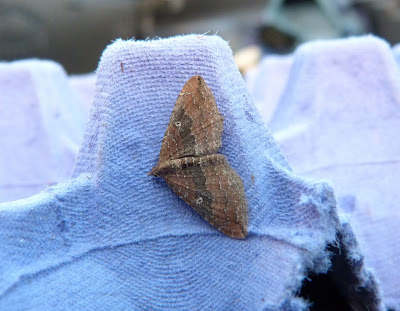 Gem (female phwooor)
Posted by Will Scott at 11:39