Run of the ball - Vagrant Emperor and 3 Black Kites!

Wow. This autumn here on Scilly is really kicking off on all fronts!
Since my last posting so much has happened. Some nice South-easterly winds during Friday/Saturday coupled with the odd bout of fog/rain produced a notable influx of Black Redstarts, one of which performed well on my house roof and neighbouring farm buildings. 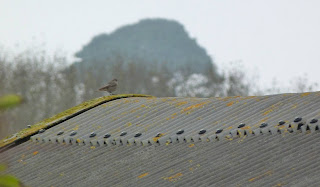 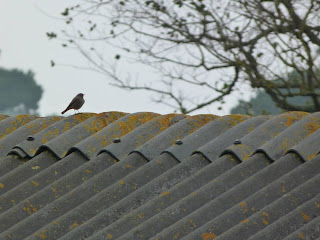 We also popped up to the airfield getting good views of the long staying Short-toed Lark and finally late afternoon produced another great bird 30 seconds from my house – a Yellow-browed Warbler (which showed well with a firecrest!).
Saturday was blistering – light winds and blue skies made it brilliant insect weather and boy did it deliver all over the shop! I woke to news of a Death’s Head Hawkmoth in a pot in my kitchen (being caught down at Buzza) which showed cripplingly well, even squeaking (by expelling air from it’s shortened proboscis). 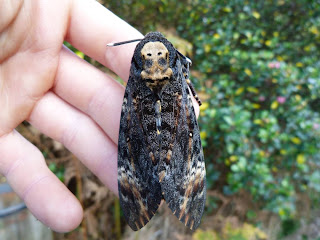 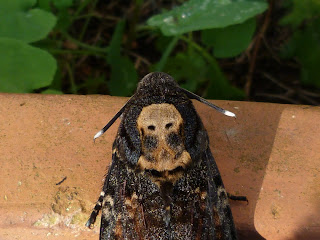 Doesnt matter how many you see, or whether you even care about moths - these things are BEASTS!
Feeling my everworsening hangover, worsening I decided a chilled day birding the Longstone area was a plan ad on my first round struck gold! I flushed a large dragonfly and watched it hawk around thinking…hmm this doesn’t seem right for Migrant Hawker (the species we usually get). Viewing was crap though, directly into the sun so I ran round for better views losing it in the process..bugger. Luckily it took flight again and I pinned where it landed. Now the moment of truth, creeping along I put my bins up expecting Lesser Emperor…and there it was. Wait. VAGRANT EMPEROR! Anyone who’s an odonata (Dragonfly) fanatic will know the epic status of this species. What a mega-stonker! 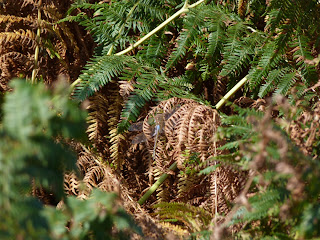 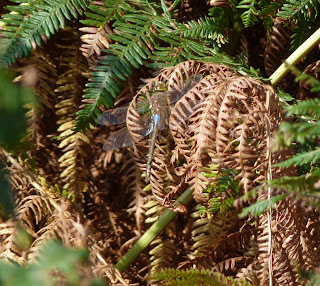 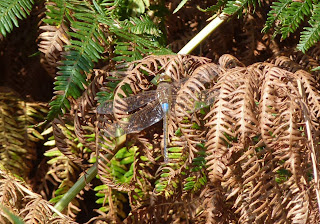 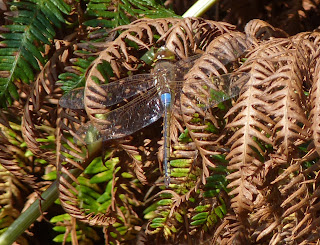 Male Vagrant Emperor - note paired spots at tip of abdomen, sharp appendages (better in field than these pics) and has 3 rows of cells (not 2 like Lesser Emperor etc) in the section at the base of the hindwing. But is just generally obvious and gripping.
Today showed the same promise as Saturday with shorts and t-shirt weather allowing all birders to stroll about clearing up on the bountiful rares. At Longstone the moth traps held a Crimson Speckled plus some other nice migrants while the Vagrant Emperor spot held no Emperor but Red-veined Darter (briefly) showed before buggering off like all the other dargonflies we get. Damn! 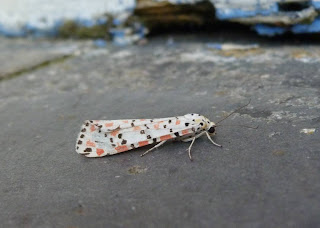 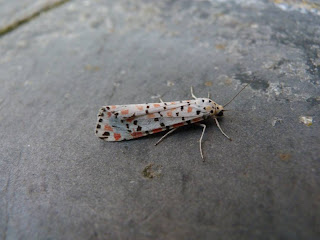 Another day another awesome insect - Crimson Speckled. Shit the bed!
All was not lost and I strolled up to the airfield again dipping on the Salakee Radde’s. On the airfield Whinchat and Redstart made it feel more like spring than October! And then it happened. Whilst working some gorse for Wryneck/Crimson Speckled/Mega Sylvia Warbler (none of which I saw) I looked up and saw 3 black specs. I had been scanning for a big raptor all day as the conditions seemed prefect for some drift action. So bins went up, one banking, then the next 2 banked. All had lovely chocolate plumage and forked tails! 3 Black Kites, thermalling, together! I shouted across the radio and screamed at a birder down near the turning circle and sat back to enjoy such a unique spectacle. The radios were buzzing with directions, classic Scilly vibes. Brilliant. 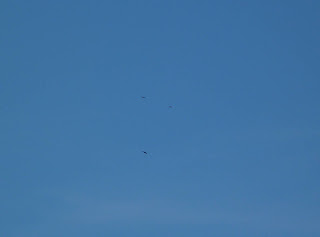 The initial view was distant. 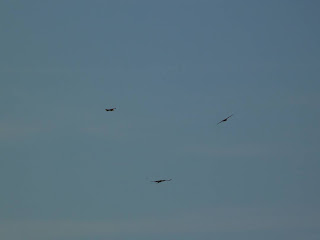 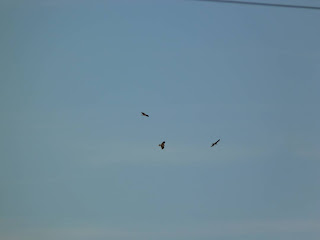 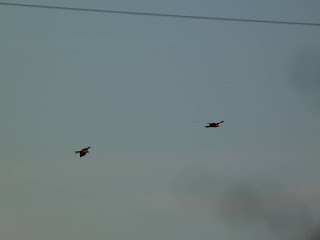 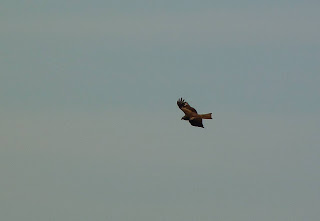 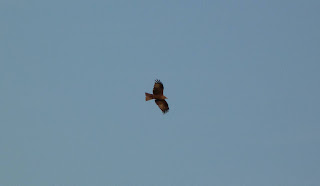 Luckily they got closer this evening - from my garden!
As if it couldn’t get better they returned and roosted about 100yds from my garden. We watched them at close range, often below us as they picked they’re tree to roost in.
And have some moth pics from the last day or two: 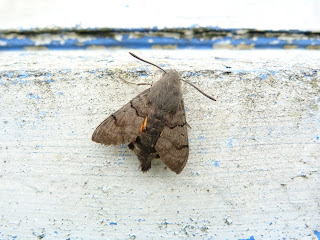 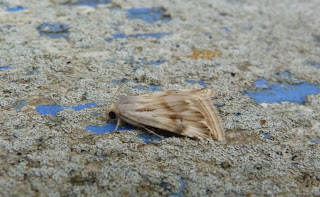 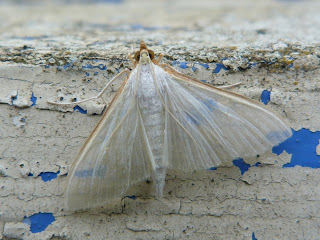 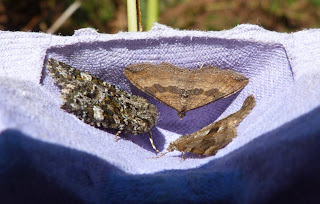 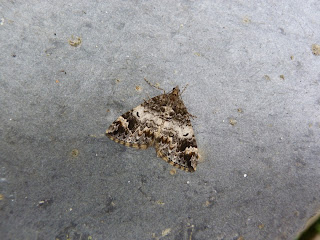 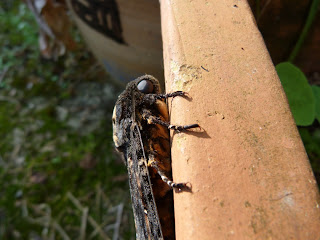 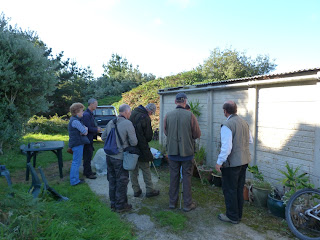 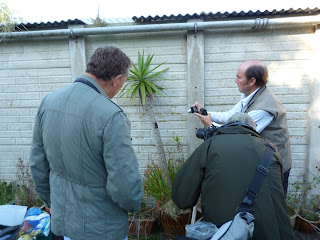 And some pics of those enjoying the moth...
Posted by Will Scott at 12:06