Still the post mild wet period Nor’west wind blows harder than a very blowy thing and for all these cold, bleak and generally erroneous conditions we have been rewarded with a white-wing fest! White wings you say? Well white-winged Gulls actually. Iceland Gulls they are (say in Cornish accent), or seagulls as they’re otherwise known. Anyway, tangent, there’s some young birds of the aforementioned species kicking about after being blown in on said NW winds so enough nonsense from me here’s some pics: 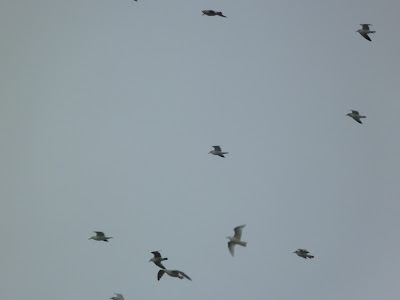 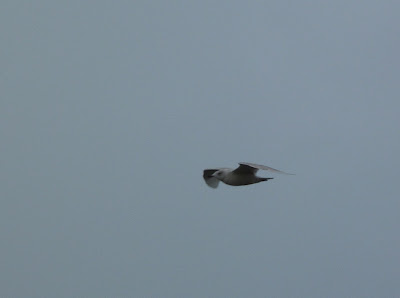 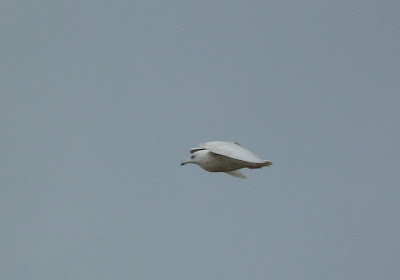 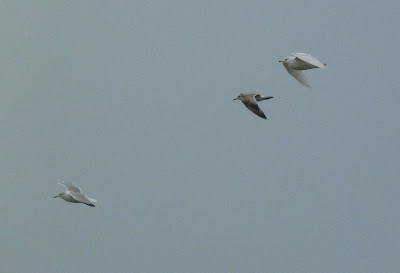 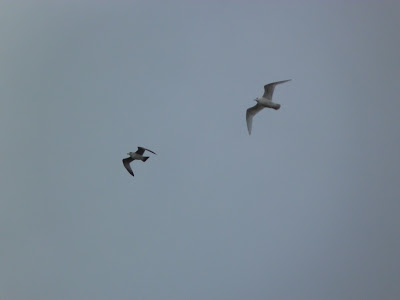 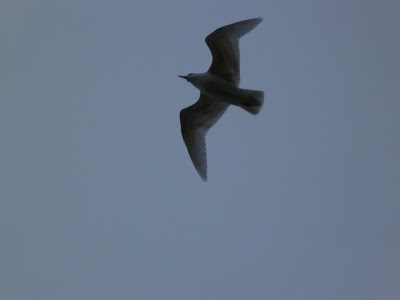 Notice there's 2 birds photographed (of 3 present) but the overcast conditions reduced my usual substandard quality to megasubstandard so won't inflict anymore shots on your poor poor eyes.
Other birding, well at this time of year it's more a scenic walk than birding produced 2 Chiffchaff at Old Town while Newford - Watermill held nothing. It was lovely though.
Posted by Will Scott at 10:15