Fly On The Wall

And we move forward apace. September always contains the promise of both quality and quantity. Glimpses of such treasures fall upon us, seemingly from nowhere, on hot sunny days with light westerlies blowing! 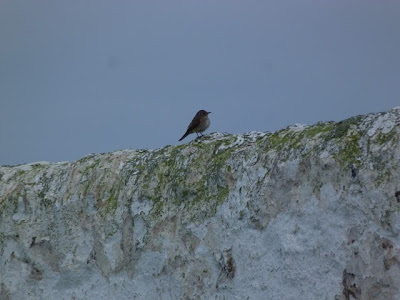 Some initial excitement came in the flecky, spotty form of a canny juvenile Spotted Flycatcher that flaunted itself all over our receptors up at the Lighthouse. 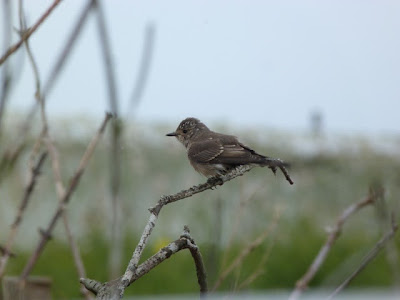 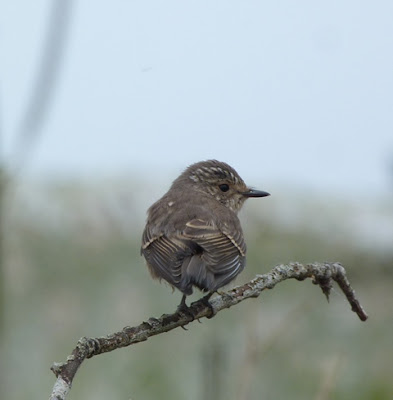 Phwaar check that out. Bringing the Spotted to the Flycatcher! 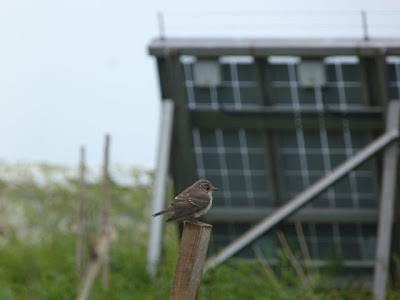 The following day was a day that I’d had in my mind as easterlies in the North Sea coupled with light SSW veering W winds seemed to beget excitement and  at around 15:00 myself and another ranger heard the familiar fluid call as a stocky finch flew past us, right against the sun and promptly disappeared! Hmm Rosefinch echoed around my head but failure to locate the bird ultimately resulted in frustration and a dash of excitement as searching quickly turned up Pied Fly and Reed Warbler, sure indicators of the beginnings of fall. 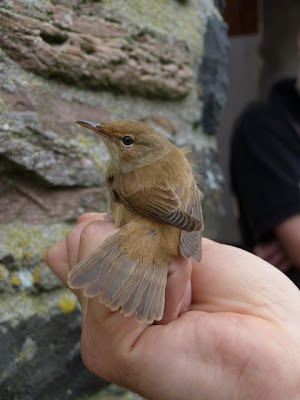 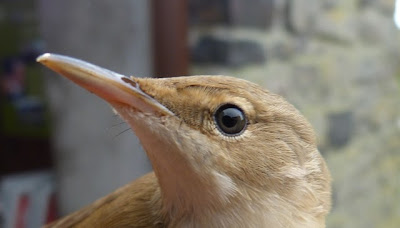 An evening trip to Brownsman was insane! Every lap of the island turned up more birds, clearly all fresh in. After just a Pied Fly and Willow Warbler on the first walk through, further searching saw Whinchat, Song Thrush, Robin, Reed Warbler and finally, just as we were leaving, an Icterine Warbler! Stonked to the max! 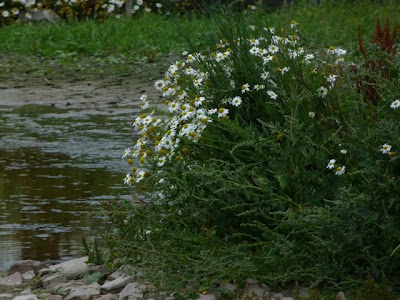 Prime Icterine habitat...some mayweed on a tiny island in a pond...! 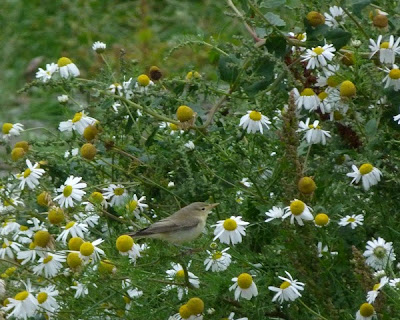 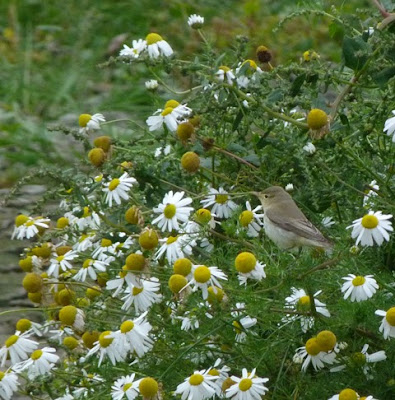 Enlivened by such rare proceedings we hit the Wides, a shoe in for the ‘Rarest Island’ award. The first Hemlock patch held a Willow which flew towards the next, equally puny patch. While nailing it at distance bins style a flash of black and white saw something drop out the sky vertically, into said patch. Convincing myself it must have been a Pied Wag or something we moved closer slowly realising the subtle movement from deep, covert deep, in the Hemlock patch was in fact a Red-breasted Fly! Clinch! This amazing beauty thrilled us in the fading light as it trilled away from within the patch filling up on big fat juicy dirty blue-bottles. 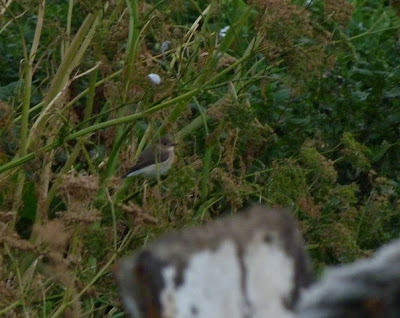 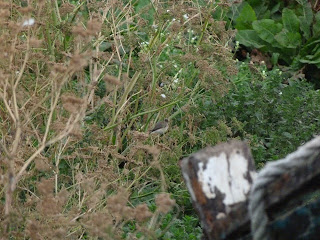 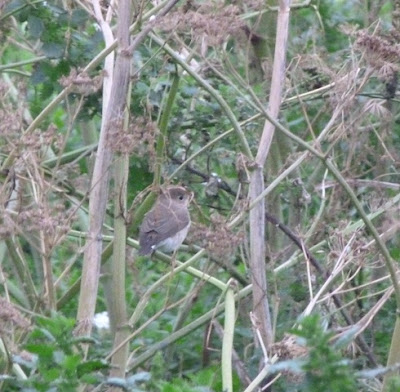 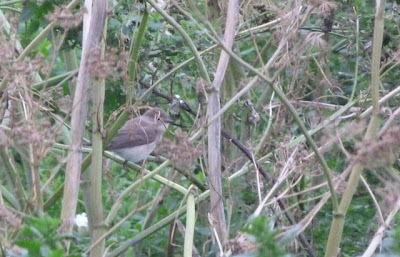 Worrying levels of fringing on the tertials, plus an overly cream white well defined throat on this bird hint at mega...the views were always too brief to appreciate all this in the field. Any comments? 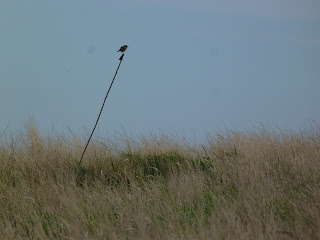 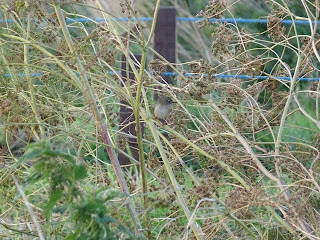 Migrants on route!! Whinchat getting arty and Goldcrest, the latter giving a real seasonal feel!


Finally besides chilling night time temperatures, the insect life is still kicking off with regular trapping turning up some little nuggets including these: 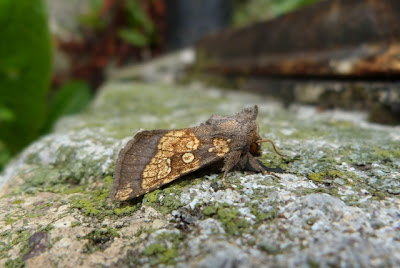 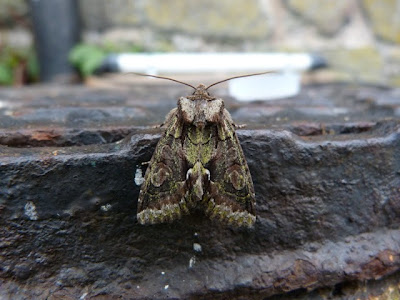