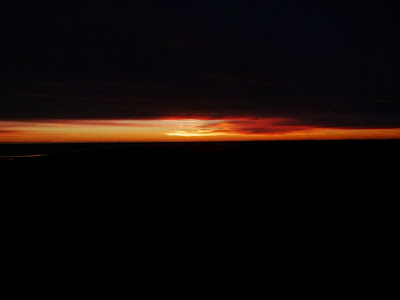 Lots of fantastic sunrises recently, however sun is no good for grounding migrant birds!!

Jeebuz! Holy heck! They were forecast, I got mega excited/intense. They began. They delivered! What a day. I always thought, in some catatonic denial cycle, that today would be a warm up, the winds looked OK but not ideal, however it was clear straight from the off that birds were moving. Grounded Song Thrush and Warbler selections moistened the taste buds, while flyover Brambling and then Snow Bunting quickened pulse that migration was happening, and from the direction of the sea! 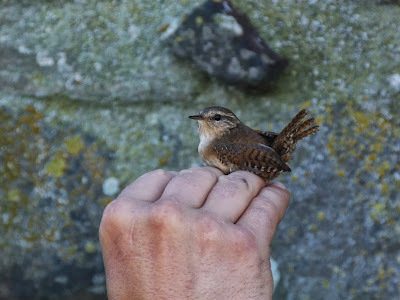 The arrival of wintering Wrens have been welcomed and a pre-curser to rareness on the horizon...

A check of the Wides produced a measly selection of common migrants trying their upmost of avoid detection and be rare. While Knoxes was brimming with wildfowl including 200+ Teal, Shoveler and then a stonking group of 9 Pintail got up as we arrived. However the visibility was still relatively good so birds were probably just passing straight over. 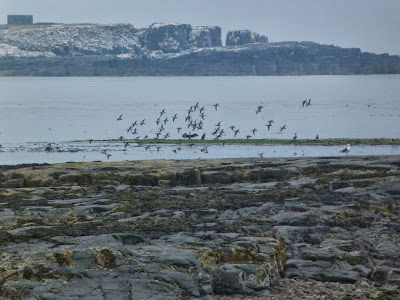 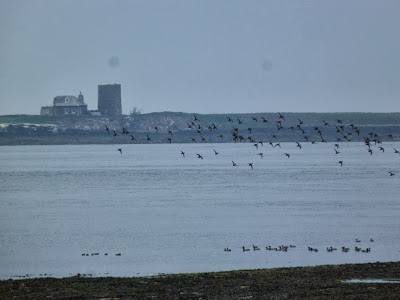 Teal over Knoxes, the good visibility, along with the outer group, are plain to see. 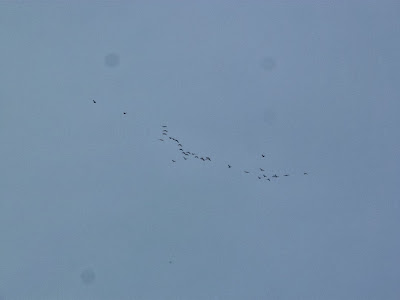 Part of a mega-flock of 68 Bar-taikled Godwit that went east as the weather closed in, the biggest group I've seen on the Farnes!

This evening the weather closed in, fog banks passed through allowing the mainland to disappear, a vital factor in Farnes falls. Birds descended. First Meadow Pipits and Bramblings, then a familiar ‘jip jip jip’ penetrated my lobes. Right on cue a monster fat blob flew into the Veg Patch. Crossbill! The juvenile bird showed fantastically well and made my choice to stay on Inner Farne and continue birding (due to the high tuirnover of birds arriving and departing) worthwhile as news was breaking of 4 Yellow-browed Warbler out there! 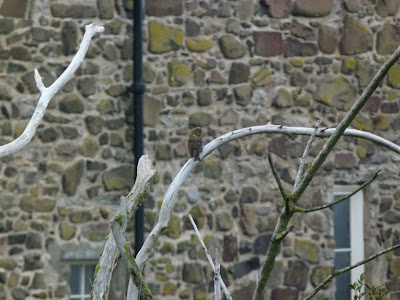 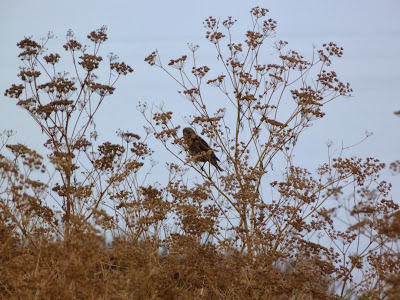 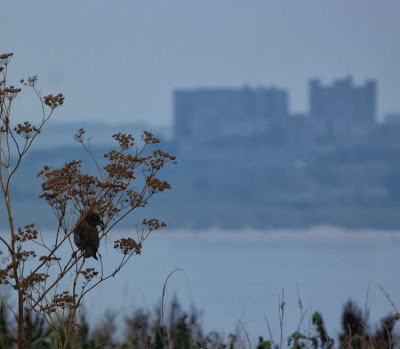 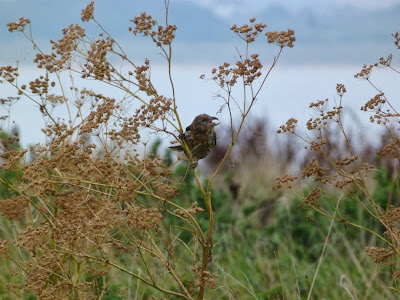 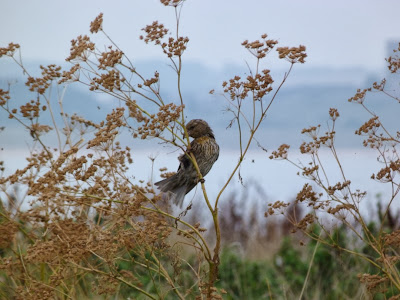 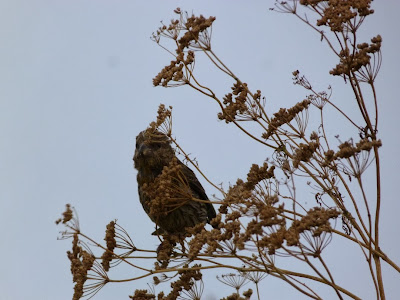 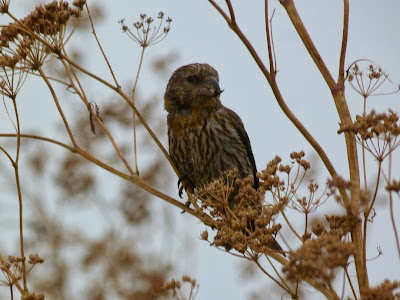 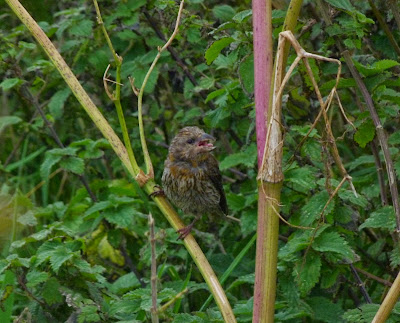 Tits I thought. Though thoroughly crippled from the mega-bill, I had yet to see Yellow-browed this year, and such awesome buggers I continued walking. Almost immediately one was flicking through some Dock, get in! And it was off. Looked like it headed straight west, though I’ll never know for sure. Then after the rest of the team had arrived back to twitch the Crossbill we found another, then another was back where I had the previous bird. Littler stripey stonkers! Don’t think we’ve heard the last of them this autumn!


Previous to this mugfest of fog-related mental migrants it had been quiet. Westerlies were ruining things, though the odd drop in wind allowed wildfowl to get moving: 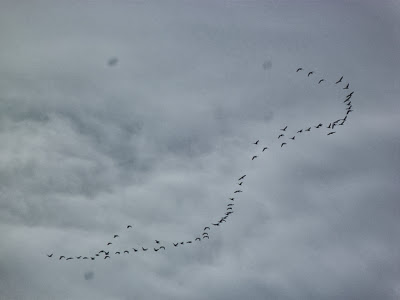 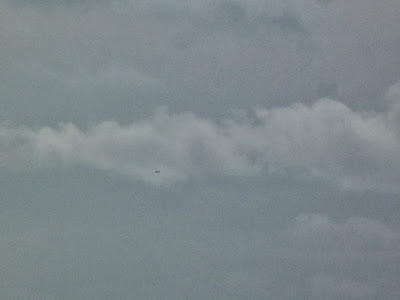 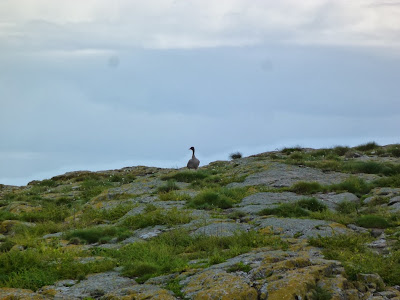 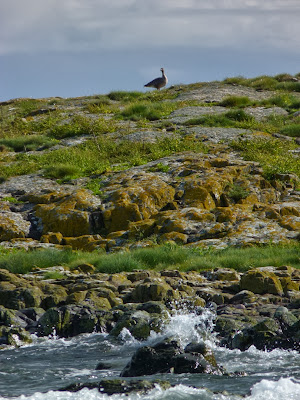 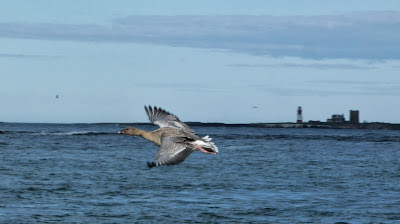 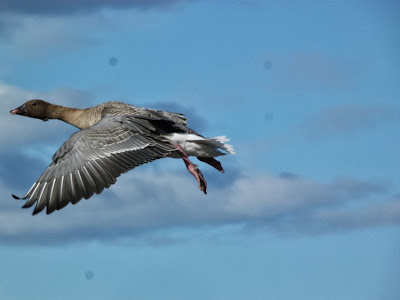 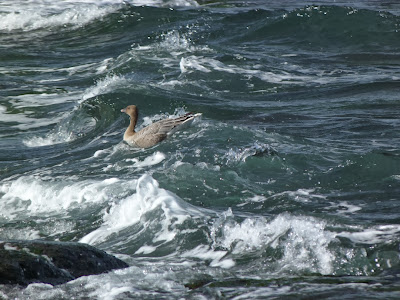 So now it’s all about the main event. East for the rest of the week. Time to bird hard and make it count. BRING IT! 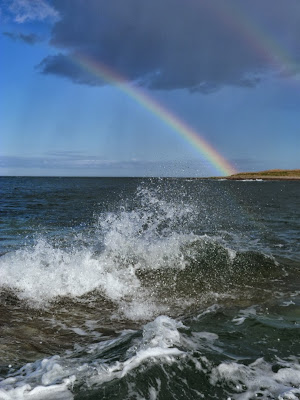 This is a magical time of year, I'm excited, are you excited?!
Posted by Will Scott at 12:37