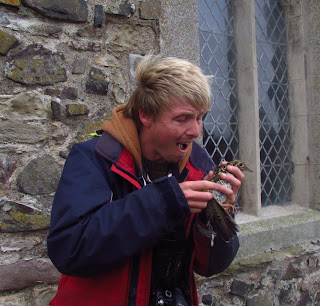 My face says it all. (Andy Denton)

To think yesterday I was as depressed as an Atlantic low about the Magnolia Warbler on . Before I go on to tell the story of my (and our) greatest find ever I’ve gotta give those guys massive respect for their tireless rare bird finding. Well done boys, find of the century. But for me, today was the find of the century. Just look at it: 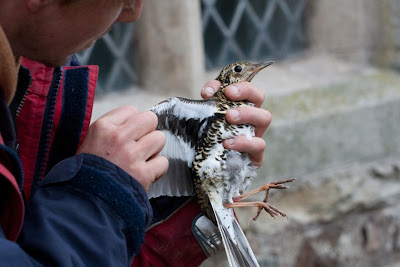 It was only the other day I remember saying a zoothera thrush on the Farnes would amazing...dreaming of this underwing...(Graeme Duncan)
So regular readers of this blog will appreciate how much I’ve bigged this storm up, partly out of blind optimism/desperation, but partly out of the belief that this year IS the year of the Farnes. We are on fire, and no 70pmh ENE winds and torrential rain is going to put us out! So with that in mind I will take a relatively sober and normal look at the circumstances and fall-out of the bird that changed everything. 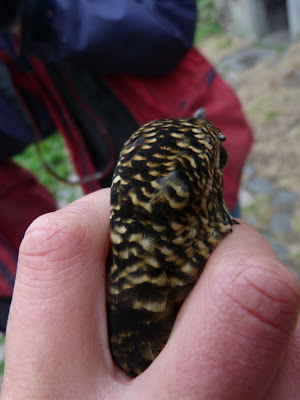 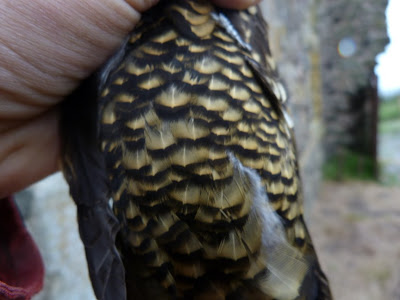 Just look at those scales...a fish with wings! 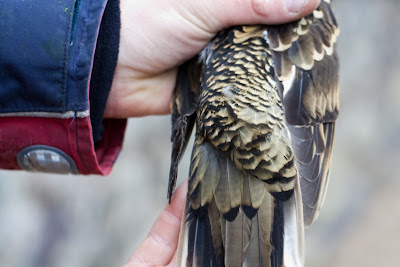 More! More astute of you will note the reduced tertail spots, one of the features that help age this bird as 1st winter. (Graeme Duncan) 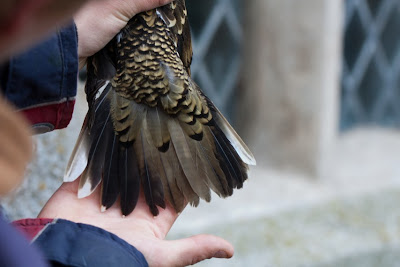 Its like a super-massive Barred Warbler tail being eaten by a reverse tuna (Graeme Duncan). 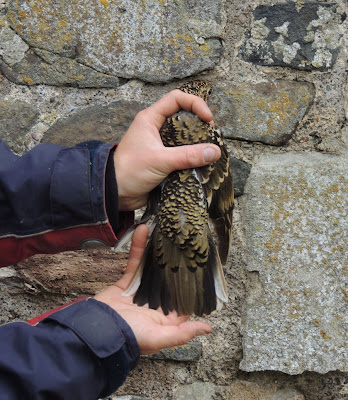 The whole beast,
So today has arrived, a day that will live in infamy and one that will be embellished and retold many times. The wind was certainly mega-easterly this morning as I rose before dawn to see if anything had arrived overnight, the Farnes is weird as we generally wake up with nothing and get major falls from 10am onwards, a phenomenon that inspired the phraee 10 o’clock fall, 2 o’clock rare’. Well today was different. 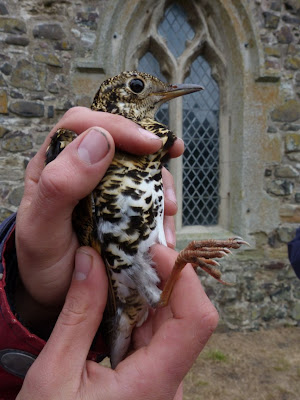 Look at that eye! Nice and big...Only from the east!
At dawn birds were immediately evident, mainly Song Thrush and the odd Whitethroat, Willow Warbler and finch aroused suspicion that a special event was underway. And after an adjournment for more coffee and food we went out to bird as a team (as is customary on fall days). So, we approached the Lighthouse and birded the compound, nowt. Oh. Should be birds by now. So we wandered towards the exposed cliff viewpoint, easterly force 7 blasting our faces and optics. Working the periphery of the wall we made our way towards the edge when Graeme pretty much stood on a large thrush, as he began to form a ‘m’ of Mistle I started screaming White’s Thrush, Whites Thrush, White’s Thrush in an autistically touretted fashion as said ultra-zoothera lazily flew past us showing its mega-underwing, zebra meets fish with wings! 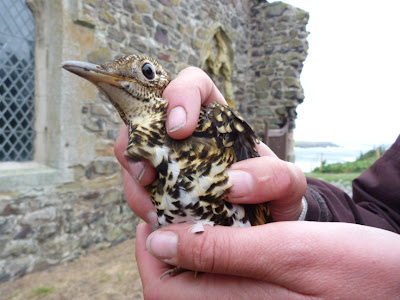 My god....
The bird flew down the island, dispappearing in the process. A few stunned radio transmissions between us and the mighty Brownsman later and we were standing in the middle of Inner Farne thinking shit the bed. What just happened. So we worked the island systematically and managed to flush the bird again, pushing it towards more suitable habitat at the NE end of Inner Farne (also the furthest point from the blatently obvious mainland!). I did well to elude us even in the non-vegetation and after getting more brief view the onset of torrential rain meant we wanted to leave this multi-continental crippler alone. 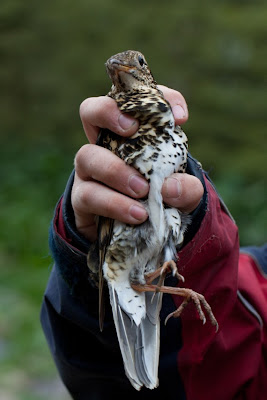 Chicken legs. The bird was fairly thin but very fiesty!
However ahaha. This is the Farnes, and good views is what we do. Having already had views any birder would have happily severed many appendages for we thought…time for a photo attempt, this bird deserves recognition! (Of its shear unrelenting, all-encompassing beauty). So we stalked the area it has last dropped into near our gas cages but nothing…suddenly there it was! Right there! In the gas cage. This is a regular roosting spot for many thrush so it was really not surprising this exhausted bird, having travelled over all of Siberia, then Scandanavia, then the wanted some rest. Quick like a ninja I was at one of the entrances to the cage, while Andy ran to the other, and some enough my hands tasted the sweet textures of a bird that should be in . A White’s Thrush, it has everything: Beauty, Rarity, Emotional Value and shear ball rotting majesty. 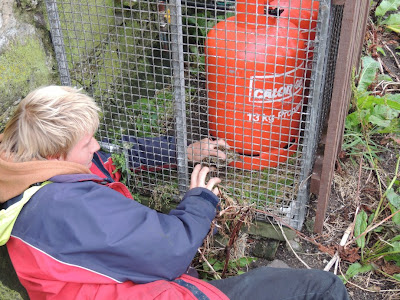 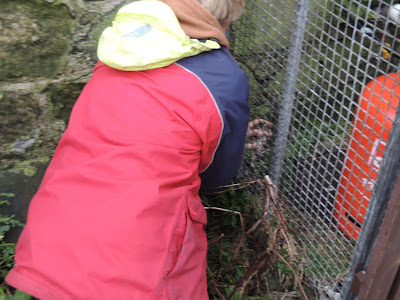 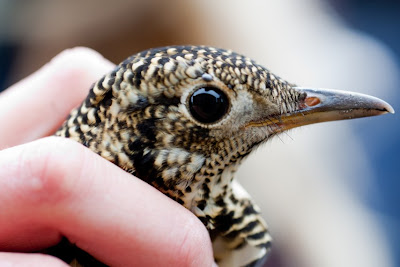 Getting arty..(Graeme Duncan)
DISCLAIMER! None of us are qualified ringers so no measurements etc were taken and all photographs were taken during a 2 minute period before the bird was released, healthy and well onto a food source of tutned ground, seed and fruit. Fingers crossed it stickes around, I'd love to share this!