Well what a windy old week its turning out to be. Apart from rocking the windswept look these strong westerly blow jobs are dire for anything bird related. Pushing both migratory seabirds and passerines out in to the North Sea, or most like totally blocking them altogether. That being said butterflies keep on flowing along with some ironic seabird passage. 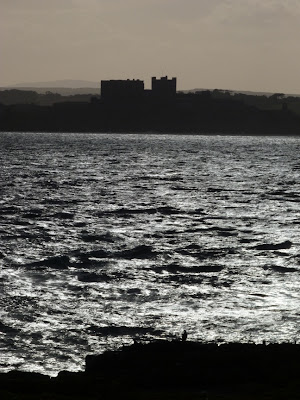 Inner Sound looking choppy but sunny.
The sun has still graced us so insect activity has hit frenzied pace with tons nectaring on the primary sources of Creeping Thistle and Ragwort: 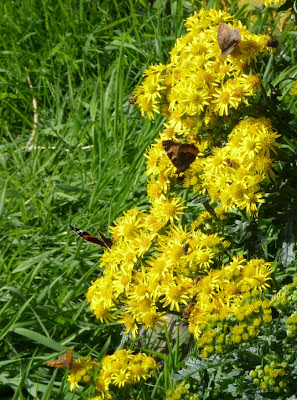 A rare sight on the Farnes..Wall, Meadow Brown, Red Admiral and Small Tortoiseshell on the same plant! 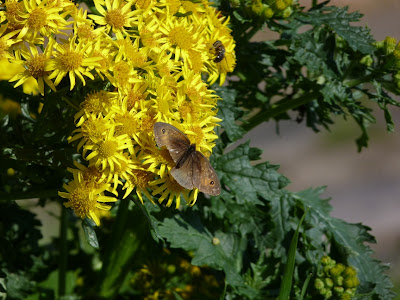 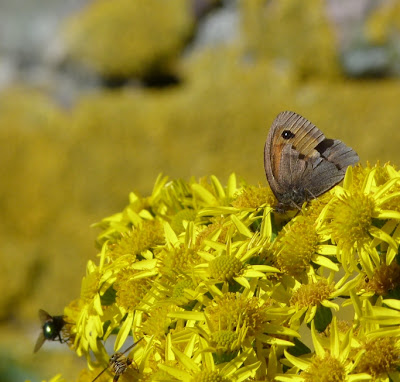 Another shot of the tattered Meadow Brown. 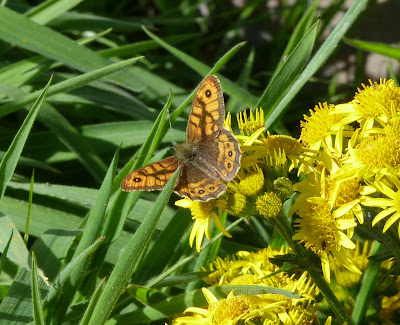 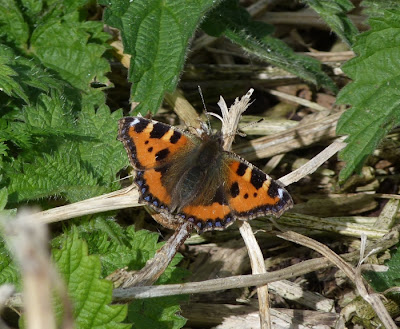 Small T loving the sun.
And best of all this Comma! Only the 3rd Farnes record of this southern species which (like a few others) is spreading northwards gradually. 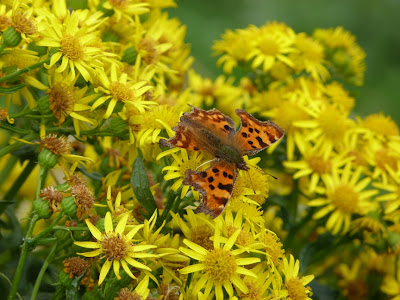 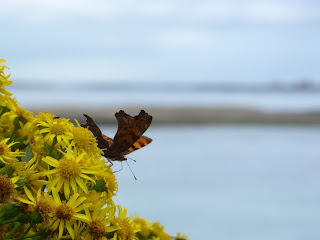 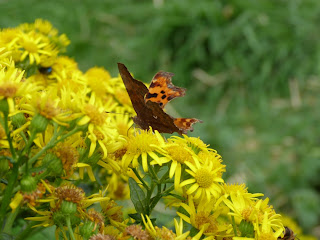 Check the underwing grammer flex...
So the butterflies have been entertaining, but what about those night walking buzzy buggers? Yep, some of them too with Dunbar and Small Wainscot new for the year. 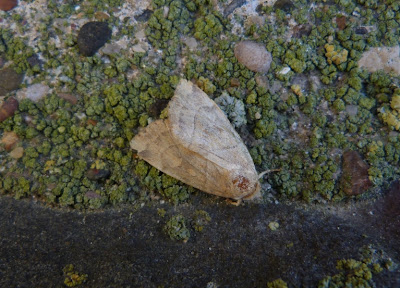 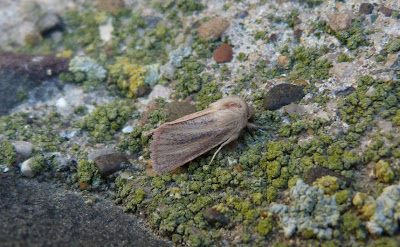 ﻿
And this wouldn't be dun-birder if I didn't mention some birds, and by heck have we had some! Despite strong westerlies (that shouldn't produce anything) a report of Cory's Shearwater past Cresswell got me clutching the scope in an adrenalised frenzy hoping to connect as it cruised past Inner Farne....which it didn't. Well. It probably did but I was late to that party, but just on time for the Sooty party! In 2 hours some nice birds went past including 24 Sooty Shearwater, 13 Manx Shearwater, 5 each of Arctic and Great Skua and finally, 1.5 hours in a beautiful juv Sabine's Gull which got me freaking out, checking and re-checking features as it cruised north through Staple Sound. Amazing! No pics to intercripple you so some Gannet stuff will suffice..
﻿ 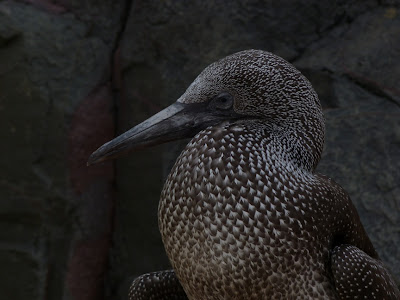 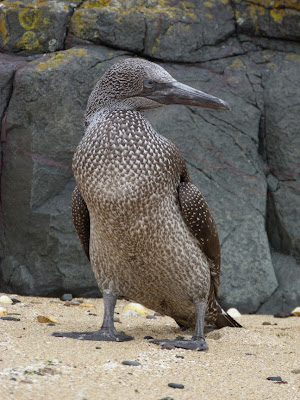 Juvenile Gannet looking sorry for himself on the beach.. 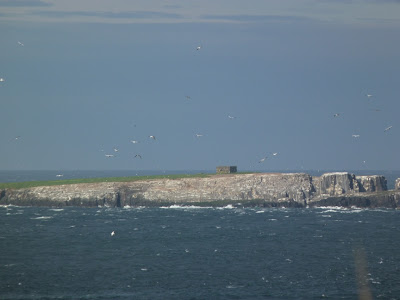 'Any amount' of Gannet in Staple Sound as they say up here.
Besides all this the land has been slow to say the least, with a smattering of Wheatear along with the odd Willow Warbler of Chiffchaff. While overhead passage has been good at times as Meadow Pipits move west in small flocks while the odd Swift, and today a party of 4 Lesser Redpoll spiced things up. So the forecast says westerly for at least a week, in prime fall season. I'm an optimist but come on! We want some birds, any shape, size or Creed, just birds! Preferably from Siberia. Thanks. 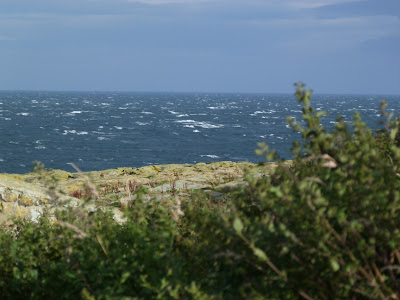