A week has passed since I last indulged you with my trivium so here’s a little tit-bit for your eyes, ears, mouth…and nose? 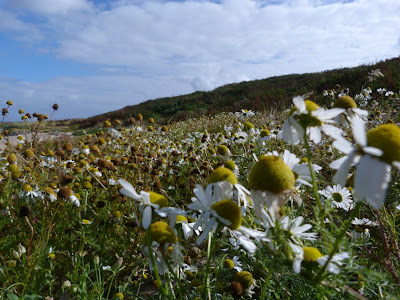 One of the few nectar sources left on Inner Farne (and one that isn't utilised by anything really) how do the insects survive?!


The excitement of last weeks Greenish/Barred Warbler sesh has turned with the wind into deluded optimism…or westerlies as we call them! These guys pretty much prevent any birds from Scandinavia or Siberia from reaching us across the so we’re left birding relentlessly with relatively little reward. HOWEVER. Yes. Birds are still ticking over as I shall get to, but if not there’s beautiful little fluttering lepistonkerers (or moths and butterflies) to entertain! 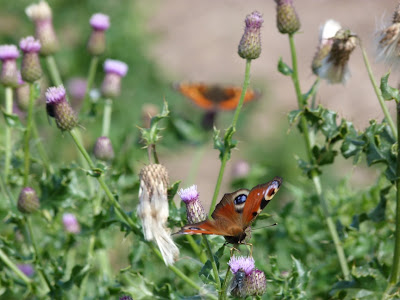 Peacocks taking over! Massive increase in the last 2 days. 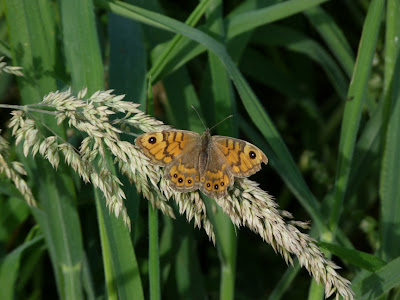 Big time rare this year, a Wall, get through that. 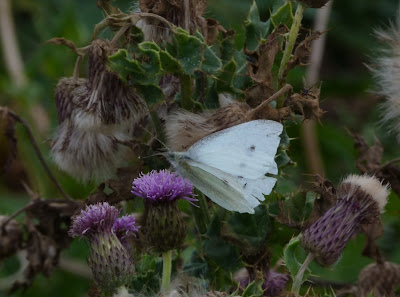 Small White looking tired. Their takeover was undone by the Peacocks.
Besides the aforementioned insect shiz there has been some bird activity. Wader passage is still ongoing, with some Lapwing plus the odd Bar-tailed Godwit to keep the more hyper of us (me) occupied. 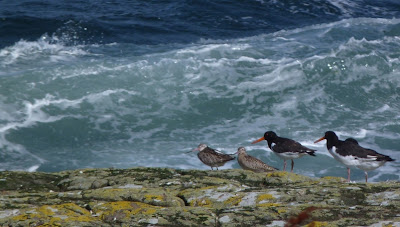 'Barwits' and Oystercatchers with some sea going on. 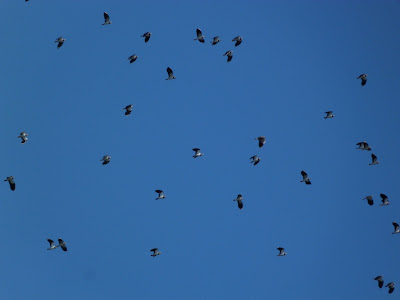 Lap-dance with a difference.
Those wee small little singing birds have been decidedly less prevalent however I gone took some pictures of them, mainly in the sun.. 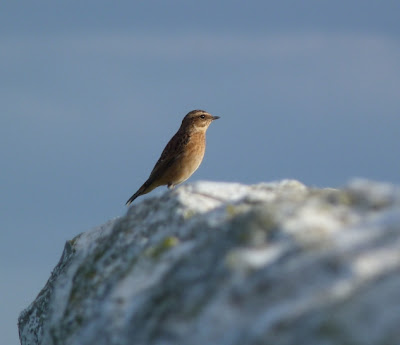 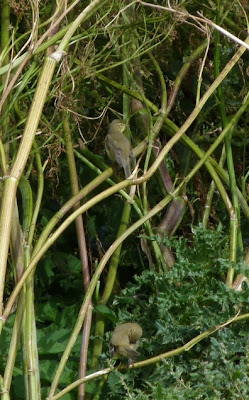 Preen off - 2 Willow Warblers chilling.
Finally todays exploits consisting of some good hard lugging over on Staple where a Merlin provided some quality acrobatics while hunting Starling over Brownsman, conveniently perching to let me 96x zoom it proper good. 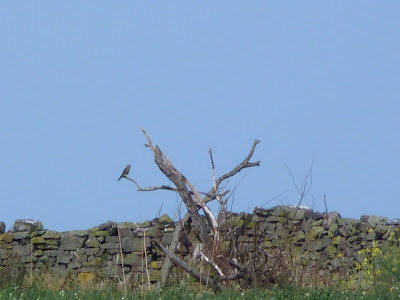 Then Ciaran managed to catch the only 2 migrant passerines on Inner Farne﻿ including this 'charming' juvvy Willow Warbler. 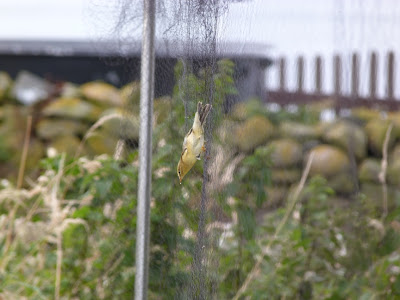 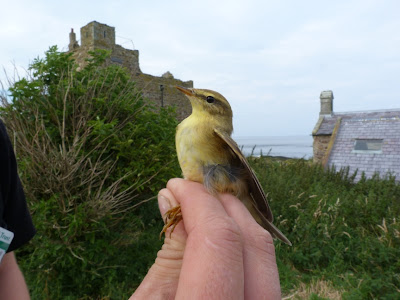 And finally, til we do this again, here's a little piece of magic. 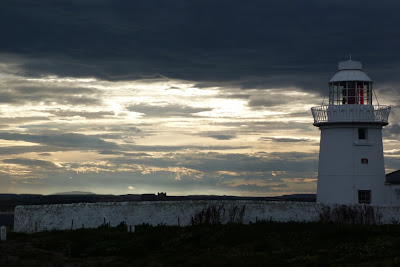