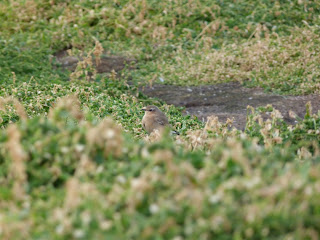 Even in west winds these stonking Wheatear are keeping us entertained.
Guess what direction the wind was today…that’s right, south!..well Sou’westerly but whats new?!? It’s been an autumn of SW winds and I’m pretty sure it hasn’t turned easterly all September!
But as we’ve been discussing, despite unfavourable weather the Farnes has dominated on scarcities and birding here is always epic even when it’s quiet.
Today saw a ‘classic’ selection of migrants across the land. A walk early morning produced flyover Redpolls while a flock of 46 Linnet was the largest so far. A seawatch of Inner Sound saw me get bored (due to lack of anything…apart from 2 nuggy Bonxies heading north) and go find a couple of Chiffchaff and the Linnets, missing a Great Northern Diver in the process! Shiza! 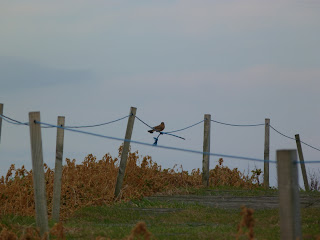 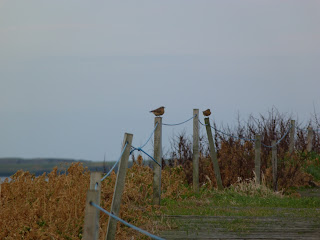 Wheatear, and migrants in general love the 'blue rope' which makes finding them easier!
Wheatear numbers were up to 9 and the confiding immature Willow Warbler (below) was still hanging out with it’s wang out in the Lighthouse: 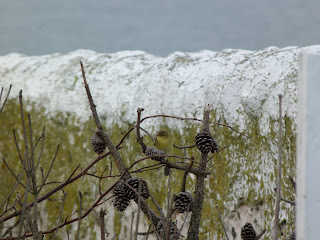 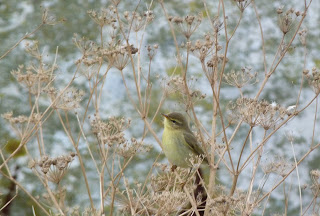 Can you see it's wang?
Other bits today included single Shelduck south, Red-throated Diver north and 10 Swallows southwest.
Finally one of our resident Peregrine (or Peggers as they’re affectionately known) was flushed from a fresh Feral Pigeon kill – now that’s what I call top down pressure! 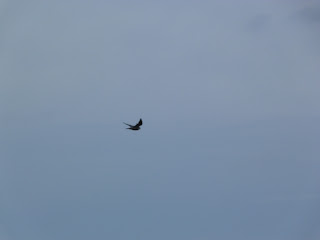 Typical crappy pic. But hey it's a Peregrine ish.
Posted by Will Scott at 10:10