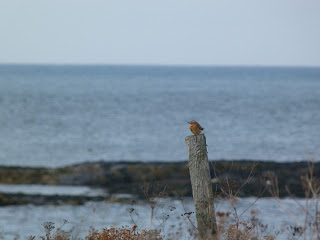 It’s been a while so here’s what’s been happening on the frantic world of the Farnes..(oh and some my mates who aren’t birders have asked me to explain some of my wack terminology so I will!).
Okay so it’s been a while again. And I apologise profusely for the lack of updates to anyone who’s bothered about my activities…BUT it is representative of my lack of laptop time – ie I’ve been out birding ‘n shiz.
So birdwise since my last posting it’s been a rollercoaster! Ups and downs, storms and calm spells. I’ll start with the storms (where I left off). 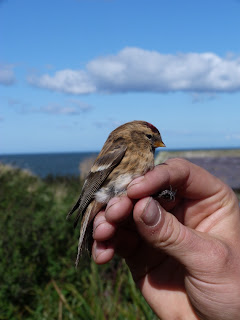 Just after my last posting a major westerly (sigh) storm hit us. Now to those not ‘in the know’ westerlies on the east coast push birds away, basically we want east winds to bring stuff in from or push seabirds closer to shore. Despite this some lovely Carduelis finches in the shape of 2 Redpoll and 1 Siskin appeared. One Redpoll had deformed feet and was later captured, then released and seemed okay. 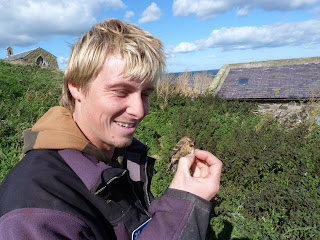 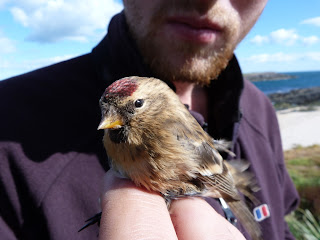 Lesser Redpoll in the hand. Pity bout his legs...and feet...
Since then the winds have eased, and picked up, and eased etc..blah. During a spell of increasing winds a stonking 7 Long-tailed Skuas passed north through Staple Sound, and seawatchers wet dream (ahem). These birds breed up in and are generally pretty awesome.
An interlude between stuff happening produced a beautiful little wader in the form of Curlew Sandpiper: 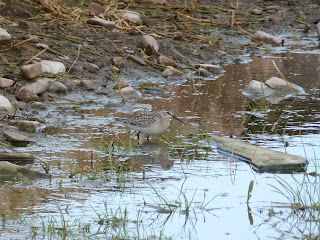 Juvenile Curlew Snadpiper - Mega!
Since then we’ve had a pretty quiet period til some mist hit and bam! A spanking Icterine Warbler (a classic east coast reverse/drift migrant – where it migrates the wrong way or drifts over the in favourable east winds) was found by Ciaran among a smattering of common and scarce migrants including the first Brambling of the autumn. 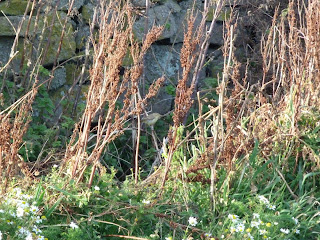 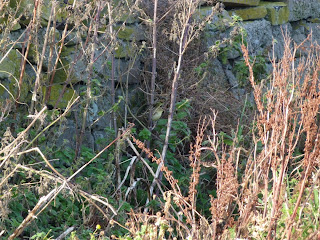 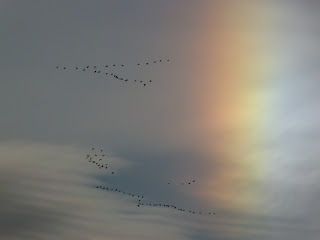 Pinkies and a rainbow - Psycogoosic 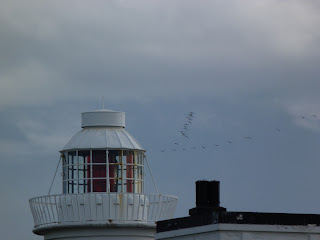 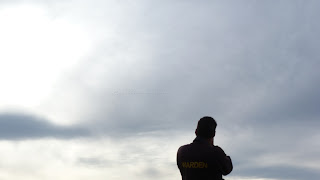 Jamie getting his shot. 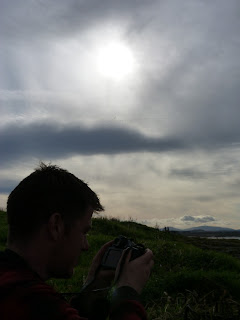 Choccy Bear wondering where the geese are (look above him hehe!)
Oooo and there’s moths too: 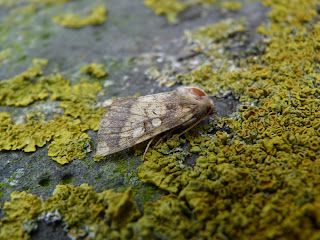 Frosted Orange was new for the year.
Warden life is chilling out abit as we catch up on jobs we couldn’t sort while the breeders were here as well as lashings of birding to record all these sexy migrants. 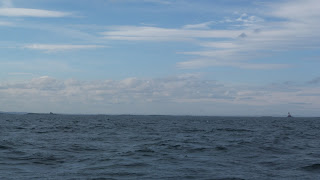 The Farnes from the south 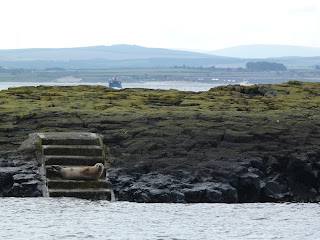 Grey Seal loving life
Posted by Will Scott at 10:56