Now for those who are into their Latin you’ll know the Gavia family consist of Divers - large, ungainly but beautiful birds that can and will cripple in situ (cripple being an unpolitically correct term for very nice birds that make you weak at the knees). They have featured heavily in recent days and today conformed to this trend. But some random waffle first. 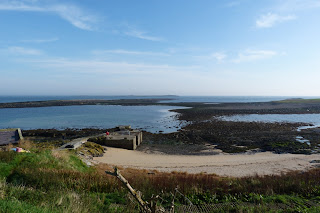 Low tide with Inner Farne, the Wide-Opens and Knoxes all connected.
Southerly winds and big tides dominate life at the moment which makes birding pleasant but generally unproductive. Early morning rounds produced ‘the usual’ flyover Redpoll along with some Linnet. The Robin and perhaps a new Wren were tweeting on their Blackberry’s in the Veg Patch while Wally the Willow Warbler was bouncing about in the Lighthouse compound. Wheatear numbers seem steady with 6 today. 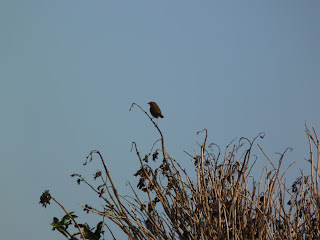 It's autmun therefore it's a Robin. 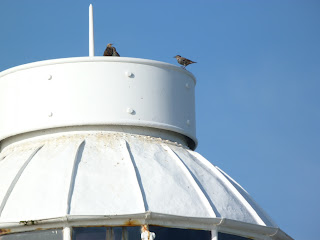 Starlings have been numerous but are now reduced to 'a few'. Loving the Lighthouse.
It all kicked off on the second rounds with a nice group of 10 Pintail heading North low which I failed to get anyone on (primarily as they, like so many birds, dipped behind a ridge and never reappeared!).
Then whilst myself Andy  the ‘Choccy Bear’ were seawatching seeing nothing I got bored and started checking some flyover Linnet for Twite, Coccy shouted “Diver..it’s not a Red-throat!”..so I run back and get on it as it slowly flaps away south. Bummer shite views, but the Chocmeister nailed the black throat and structural difference to clinche Gavia artica – Black-throated Diver. A new bird for him and Farnes tick for me! 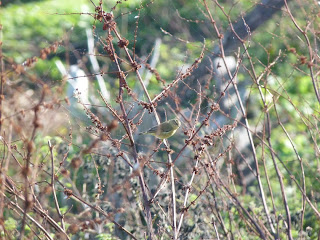 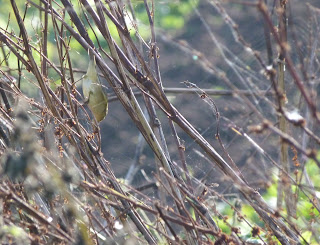 Chiffchaff looking buff - literally.
The mornings productivity dissolved into a beautiful but quiet afternoon where a lovely Chiffy, more Peregrine antics and a flyover Bonxie kept us entertained. 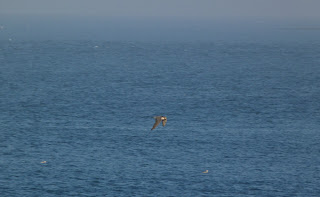 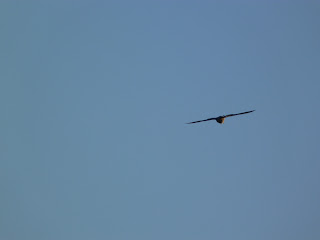 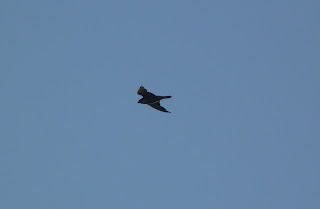 What a rum bugger. Peregrine doing what it does best - fly.

And a Bonxie.
And to top it off here’s a Farne sunset: 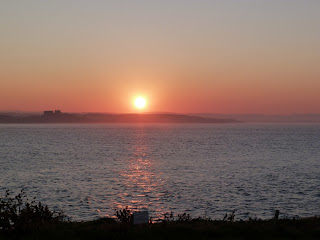