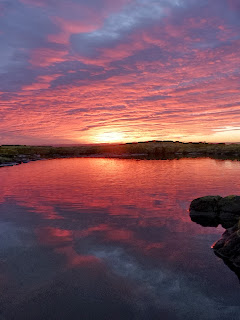 So the sun has set on my third and probably final Farnes season. One which, not only brought the hugely successful seabirds doing their thing but also an amazing, ball rotting array of scarce, rare and MEGA. 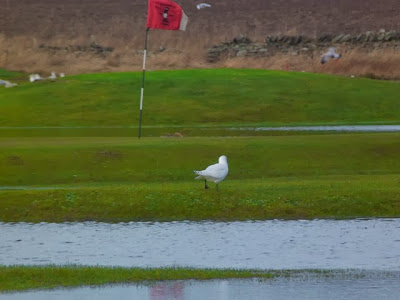 So, its been a while. Lack of internet and general shizniz to report has enveloped any inspiration and folded it away while the storm surge overwhelmed my face. But enough about my face. This is a birding blog. So I'll get into it. Last day. Early start, prospects of getting off the paradise turned prison that is the Farnes were eminent. Not that I'm saying the place is Alcatraz, but as the night draw in, birds become increasingly infrequent, and your personal hygiene reaches new lows the tantalising lights of the mainland glow all the softer. So back to it. We're in Seahouses unpacking the world of kack that had accumulated over the past 9 months. Myself and couple of other were sorted to 5.6 million cans of beer that needed recycling when Steely rang thru screaming 'Ivory Gull Seahouses get running!'. Holy mother of Jahova. Needless to say we started running! After initial confusion we realised the bird was on a Golfcourse to the south. So some barely legal driving and running later and we were watching this absolute icicle of an Arctic seal munching crippler as it lost all dignity and ate earthworms... 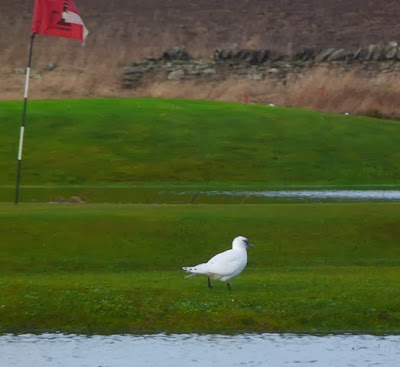 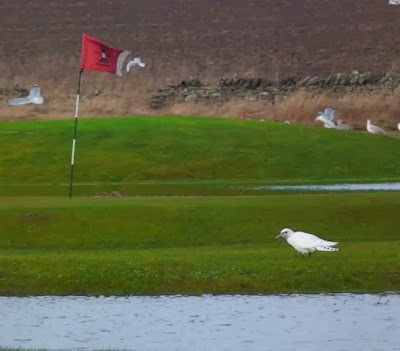 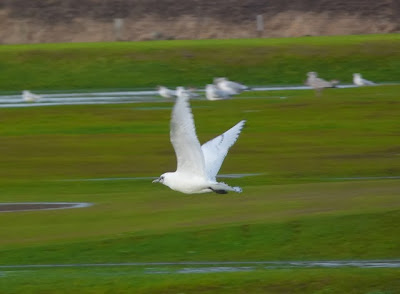 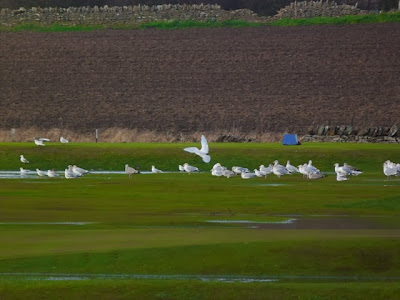 I ran to the lockup and grabbed my camera but unfortunately arrived just before the bird pissed off over the other side...leaving me with the above and below shots to rekindle the memories for years to come.

As if that wasn't enough, while we were finishing off unpacking in the afternoon it became clear there was two Ivory Gulls! Titmother! So back we were again going for it down towards Beadnell where after initially distant views with the lazy crew we made the massively efforting (not!!!!) 5 min walk to enjoy some fairly close views of this, surely once in a lifetime (or more!) experience. 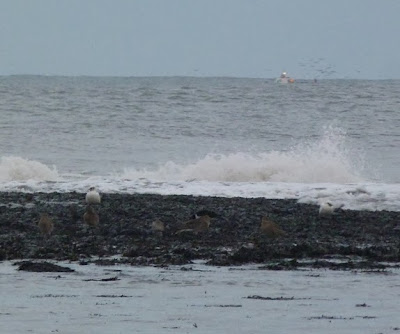 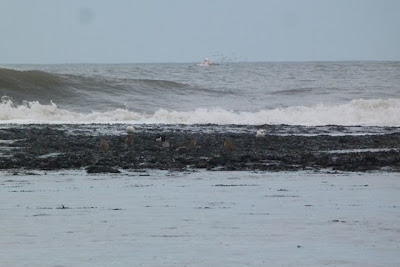 Well, the year that has seen me see (in one way or another) 2 Fea's Petrel, Bridled Tern, Collared Flycatcher and Yellow-breasted Bunting all within a few miles of each other. it is only fitting it ends on this. Simply mind blowing.
﻿

So here ends the northern odyssey. What will 2014 bring? Possibly some southern adventures...who knows. I am currently preparing a best of the Farnes blog so stay turned. Until then, keep it magnified.
Posted by Will Scott at 09:04