What a busy time it is here, for the birds and us! With nest count day completed and some of our cliff counts in the bag, the tiredness is only superceded by the joy of being amongst the colonies or below the cliffs!

Basically Im knackered so cant really be arsed to write much so you can have some pics of the last week or two: 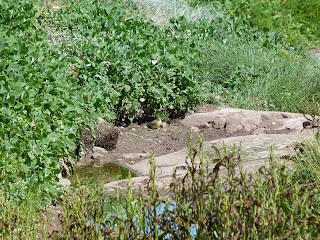 The Black-headed Bunting on Staple found by Jack-o-lantern was a brilliant surpirse (however annoyingly short it's stay was). Beside that it's been quiet with Manxies passing (83 being the highest I've had thus far).


But the undoubted  rare highlight of the week or perhaps year (speaking way too soon tho!) was the crippling White-throated Robin successfuly twitched by all wardens yesterday evening. A proper oldskool twitch (no hitching though) with us all packed into two cars racing down the A1. Upon arrival I was worried as the bird had been commuting into the high walled Doctor's Garden, but my fears subsided as we were greeted with ladders and trucks with viewing platforms! So we climbed, sat and absorbed the beautiful little bird whilst failing to get any pics - mainly due to overwhelming crippling associated with Siberian vagrants. 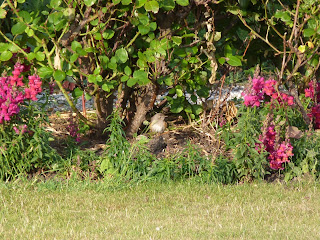 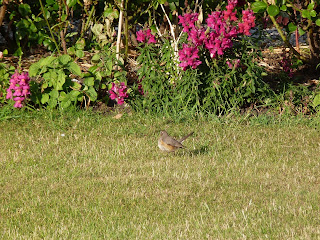 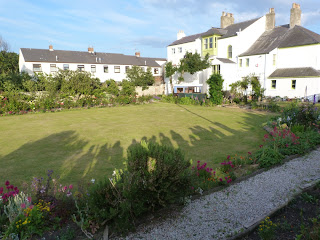 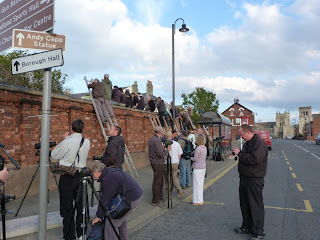 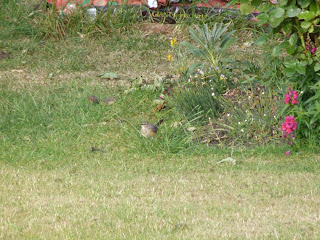 And finally a puffin chick....everybody loves chicks! If you dont you have no soul (if souls exist).﻿ 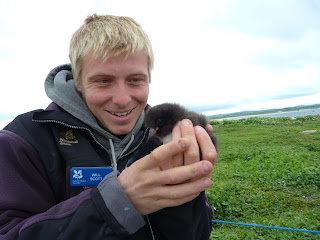