After some power issues I'm back! uh oh watch out.
Day 4 dawned cloudy and relatively still, bar the odd westerly gust, once again allowing some good coverage of all Inner Farnes nook and cranny’s with various pics hit up along the way.
Just like the Guillemot decent of t’other day, today (Sunday) was about Puffins! Their impact was immediate and breathtaking….coastal grassland was dotted with parrot faced beauties while some plucky buggers opted for manmade vantage points: 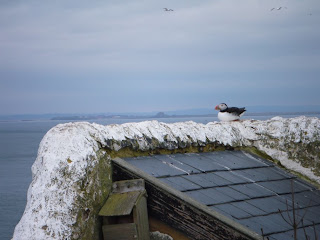 Despite the colder conditions, cloud is advantageous when getting on some migration orientated action. And migration we had with a decent northerly Whooper Swan movement including a flock of 38 that I missed while defecating! Compensation followed in the form of 5 then 7 north throughout the day. 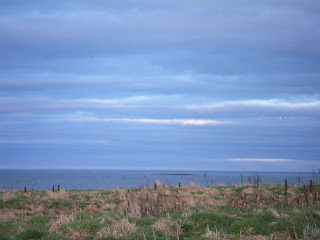 Whooper Swans moving back to Iceland
Of course I’m not just here to jolly around freaking over rare birds. I’m a warden and so today begun some prep for the impending season. So we sorted the boats and had a burn around the Islands first visiting for Guillemot dodgeball! 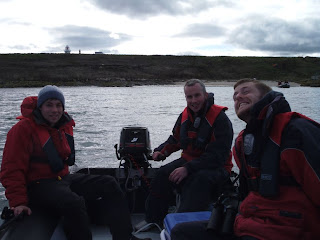 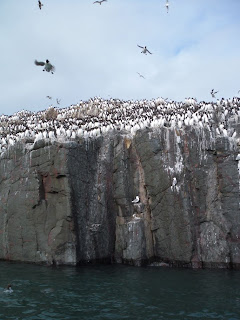 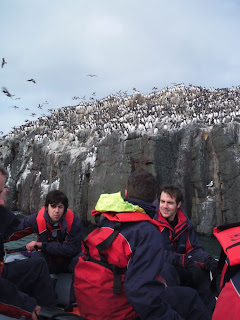 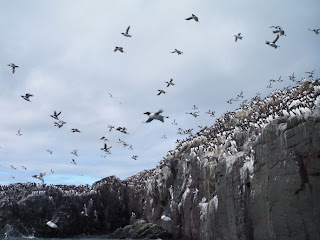 From Staple we hit Longstone (which incidentally is where I call home on Scilly) checking the ridiculous concrete patch that held Thrush Nightingale last year! 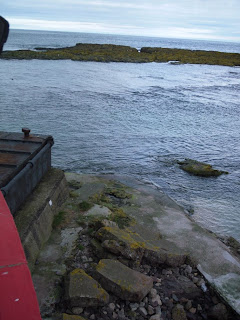 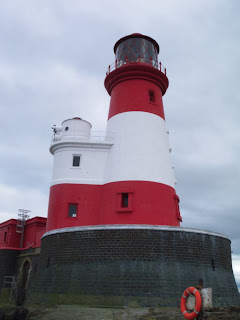 Brownsman was the last stop on our tour where a flock of 70 Purple Sands flashed past.
Bird records today involved something for everyone. Scarce was repped by the Red-necked Grebe and Whooper Swan movement. A pair of Wigeon out by Longstone were new while lingering bits included 2 Goldeneye, Blackbird, Wren, Robin, Linnet and Dunnock. 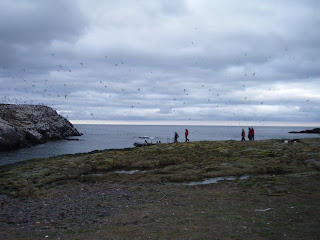 Brownsman
A singing skylark didn’t lingering and like the few Meadow Pipits seen, it was presumed to be moving.
Seabirds continue to increase in numbers and boldness with mindblowingly close views of everything, especially around Lighthouse Cliffs. 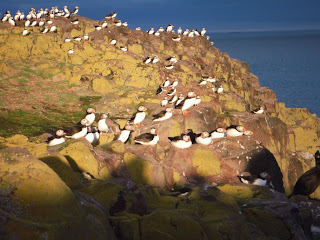 Last call was Purple Sands at 5ft range by the Churn along with some beautiful vistas which I'll leave
you with....... 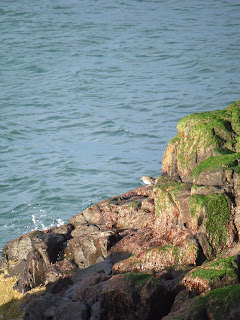 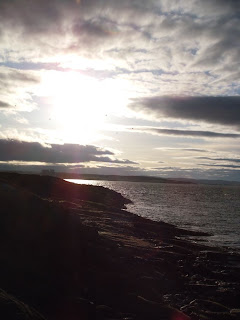 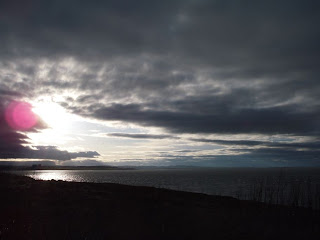 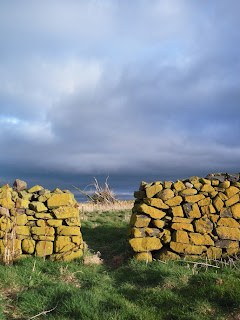 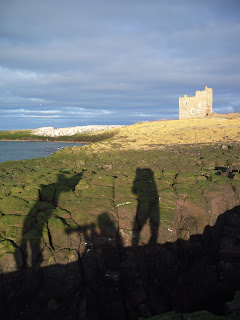 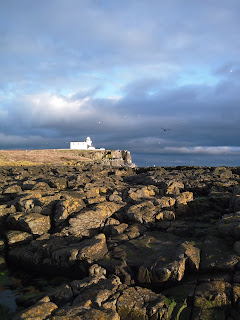 Finally. Today was quieter with alittle more Mipit movement and Purple Sand action. The Grebe was again chilling just offshore while a Song Thrush which acted mega rare was new in and a Farnes tick. However todays highlight was the baking hot tropical weather, so nice and begged a sub-saharan migrant, but alas none appeared…maybe tomorrow – Bluethroat! 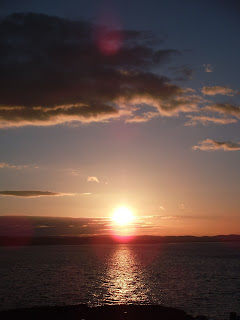