So the winds are changing, although not fast enough! Change however is most certainly in the air with the first spring migrants are beginning to appear across the country.

However here on Scilly there is a distinct lack of migrant birds besides the odd White Wag and the long staying wildfowl down at Porthellick (consisting of 2 Wigeon, 2 Teal, 1 Pochard) with the odd Chiff being heard which are surely wintering individuals getting vocal.

Despite the migrant embargo currently being enforced here by the strong northerly, then easterly, then westerly (give us southerly!) winds, temperatures remain fairly amiable bringing me my first migrant of the year: 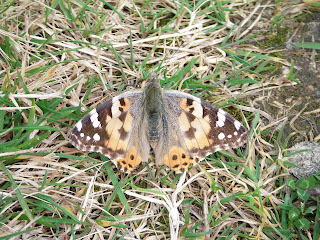 A Painted Lady which basked in the garden all morning then disappeared. Although its appearance coincides with a swing from northerlies to west-southwesterlies the faded condition might point to a recently emerged hibernator. Nonetheless nice to see and has made me feel slightly more springy.

And just as well because tomorrow I leave Scilly for my summer job as seasonal warden on the !

I hope to update this blog with daily sightings and pics of the Farne’s breeders and migrants so stay tuned as they say…... until then here's some photos from this week: 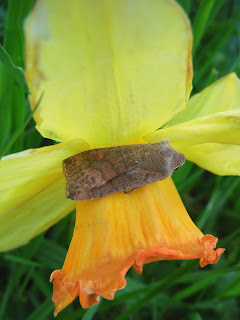 Satellite caught in our 125w MV 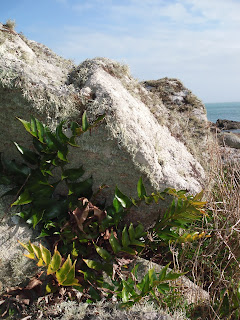 Chinese Holly Fern
Till next time. Dub-birder﻿
Posted by Will Scott at 12:36