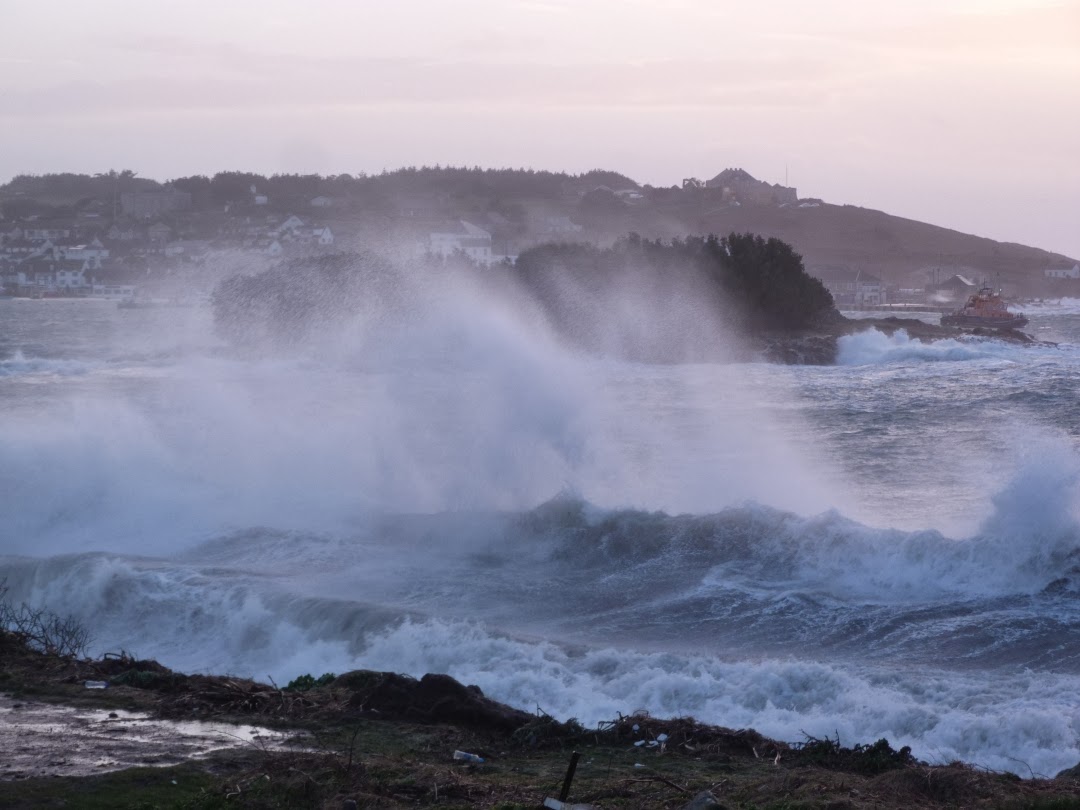 Woof! Been a while?! Missed you. Winter has made way for the semi that is early spring. Shit is hitting the fan. BUT. Before one of those posts that fantasise poetically on the virtues of mammouth migrations and exciting arrivals I thought I'd catch up with some housekeeping.

Winter on Scilly has been a merry-go-round of the same birds, however these were nice birds! We lack the usual winter distractions out here in the crests, but what is lacking in spectacle is gained in potential! Nicely embodied by the surprise reappearance of the Lower Moors Sora which despite being so hungover I barely made it down there on the day of rediscovery, I finally jammed homeboy style the following afternoon as it pecked the cripple into my retinas. Otherwise the endearing Greenland White-fronted Geese have proved a reliable daily highlight along with various Firecrests. 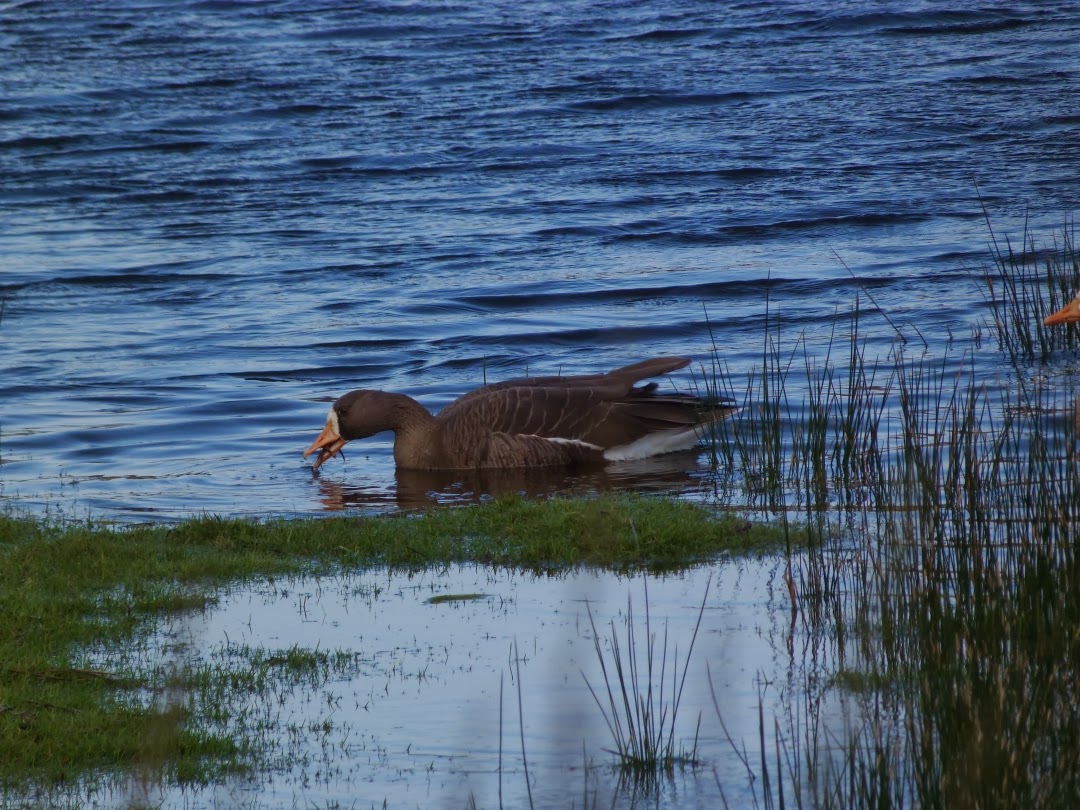 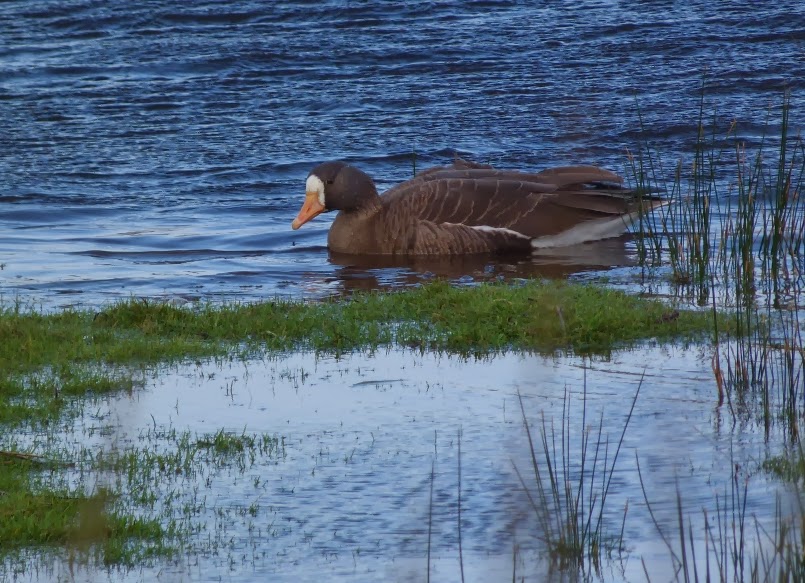 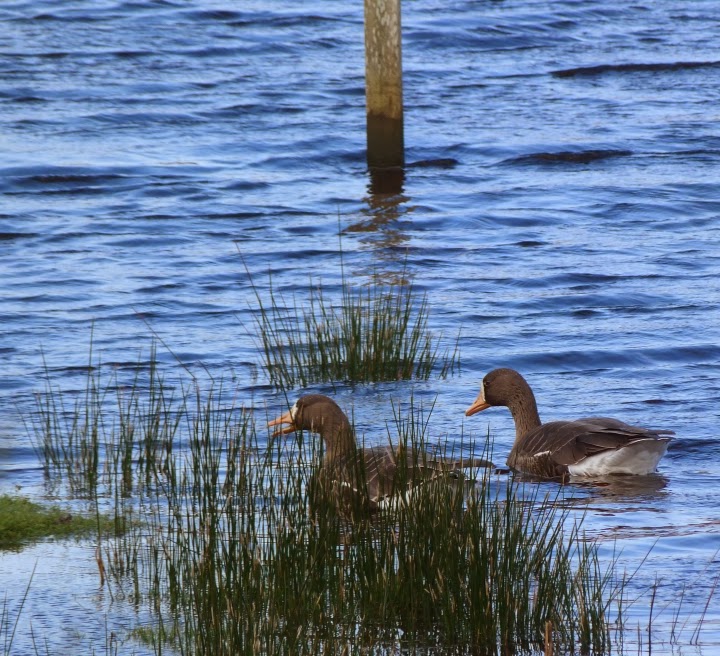 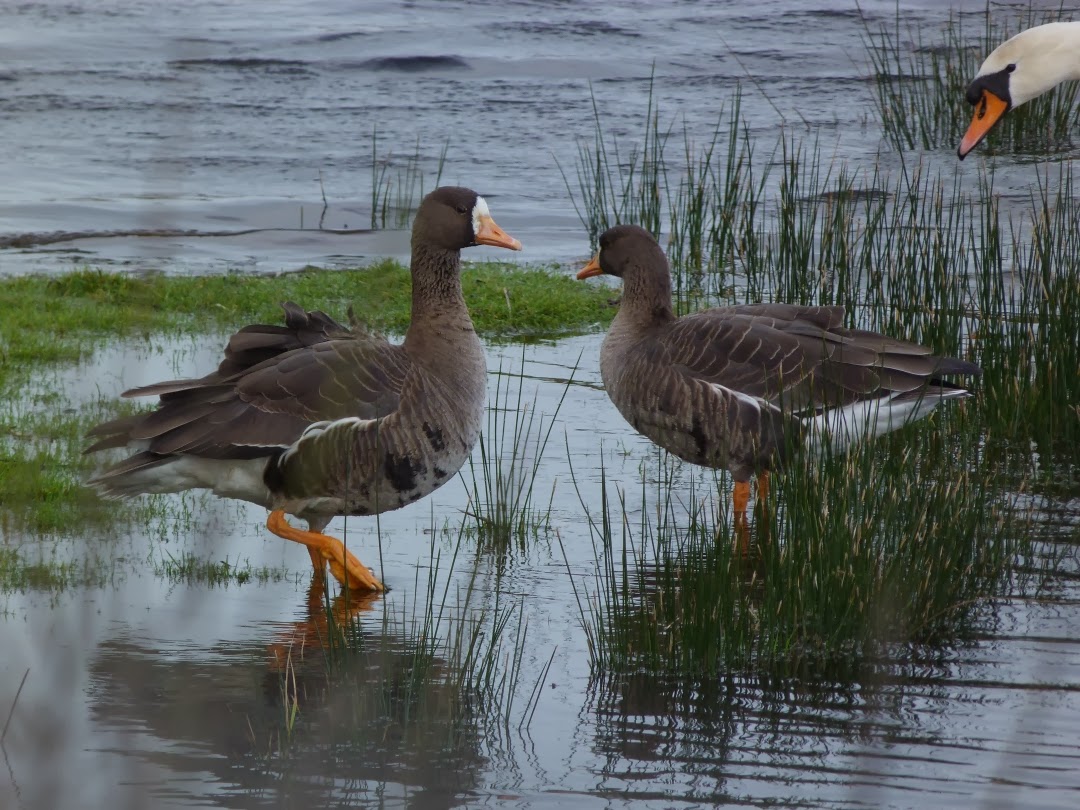 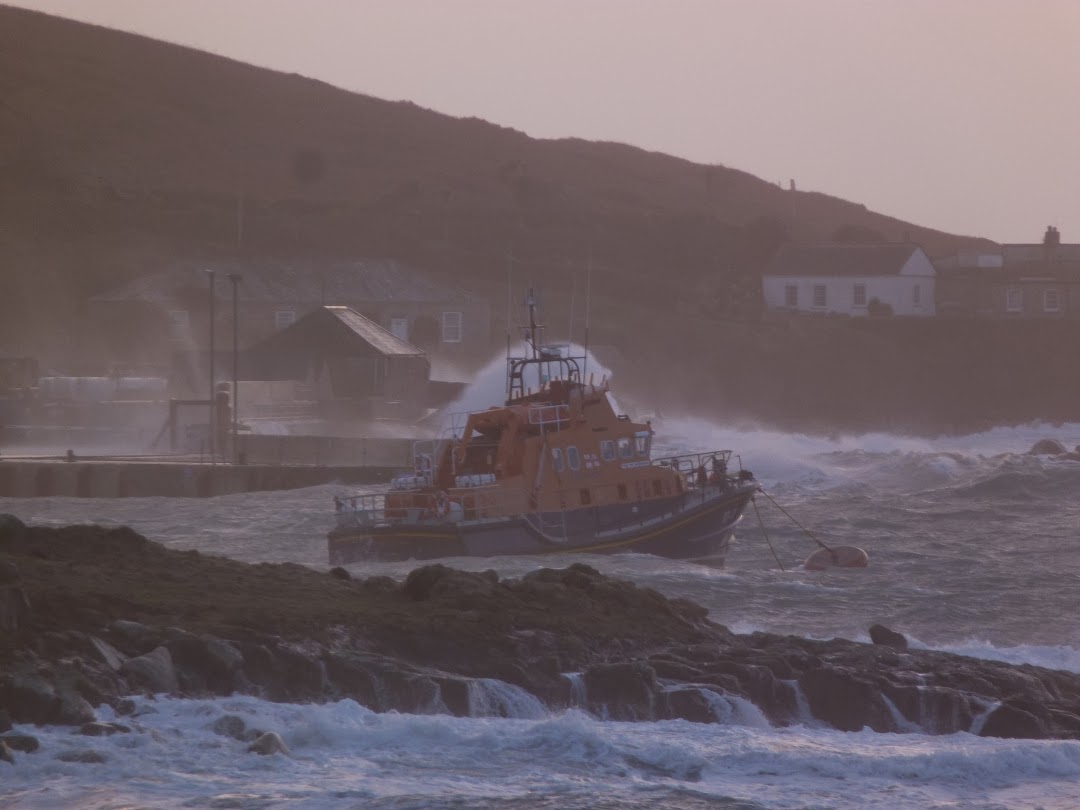 Oh yeah the storms. Bit windy? Yep. These failed to deliver the much anitcipated Trogon while certainly delivering fourteen times my daily allowance of salt to the crotch. 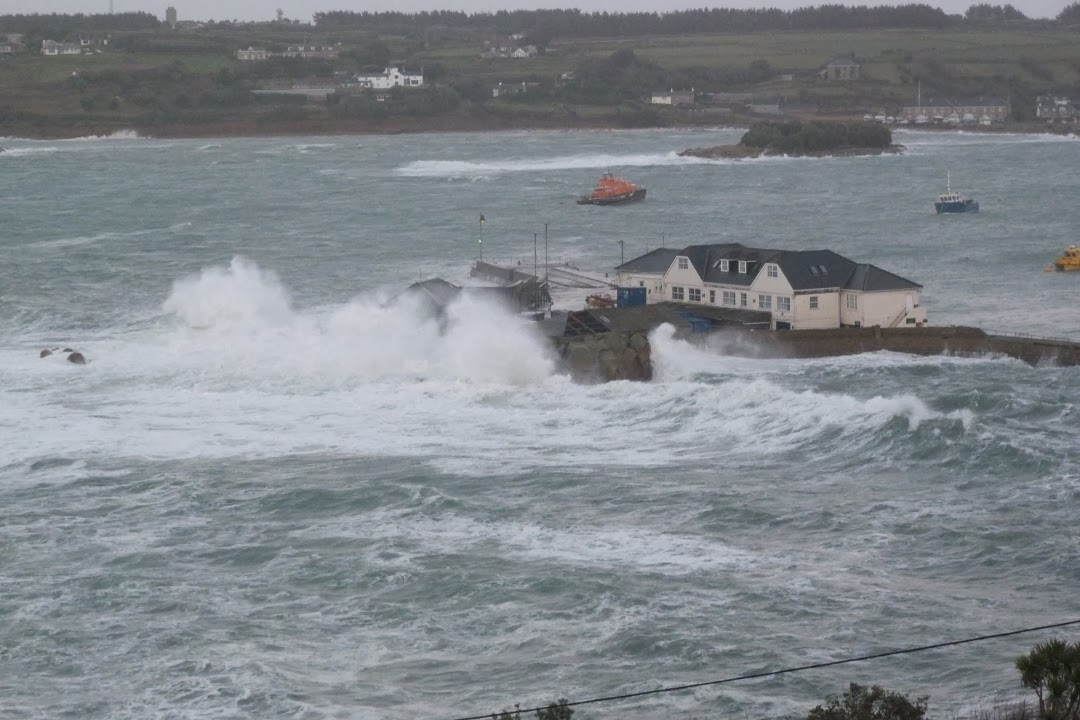 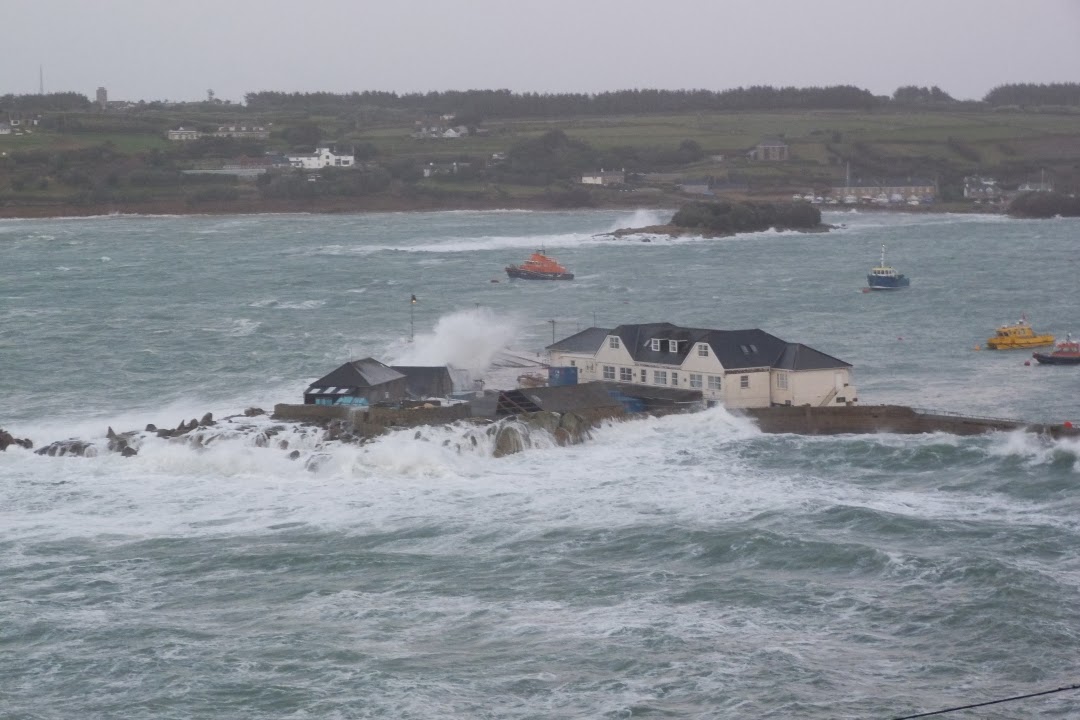 The waves were spectacular causing greater crippling of infrastructure than a Golden-winged Warbler. Luckily I went to the mainland just as all kicked off. But every wave has a silvery-winged lining. Mine came in uber monster forms. Big fat white wings. Penzance was a gold mine of crippling birds. And panning I went. A windy afternoon saw me relatively instantly spot this pre-existent adult Glaucous Gull which delighted both eyes and parts of my mouth and thumb with macro views. 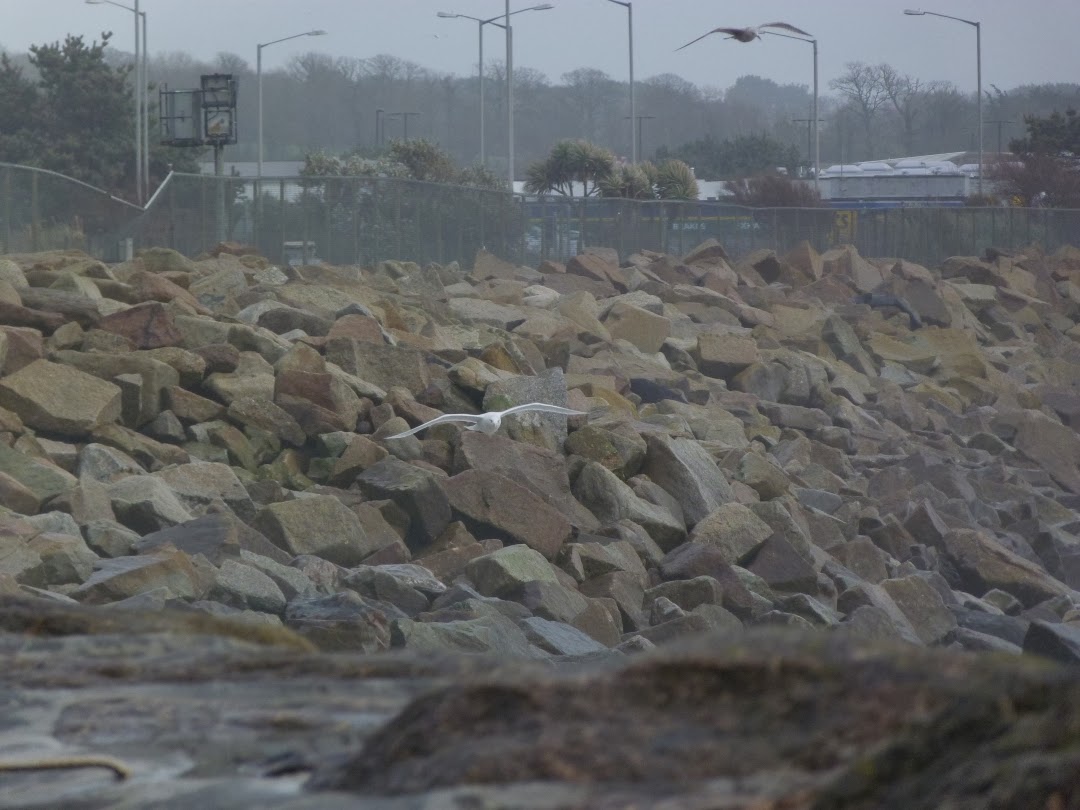 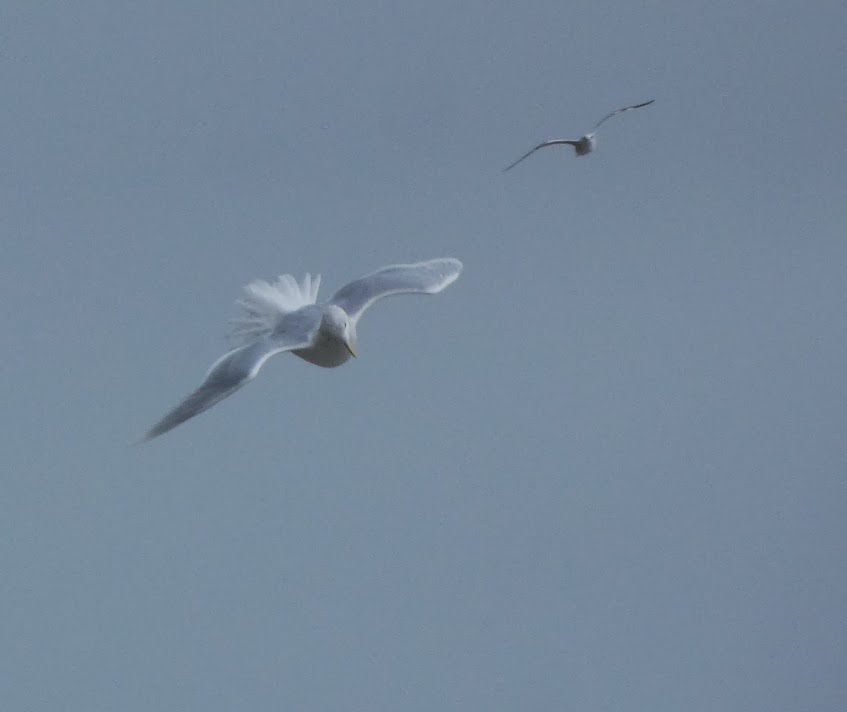 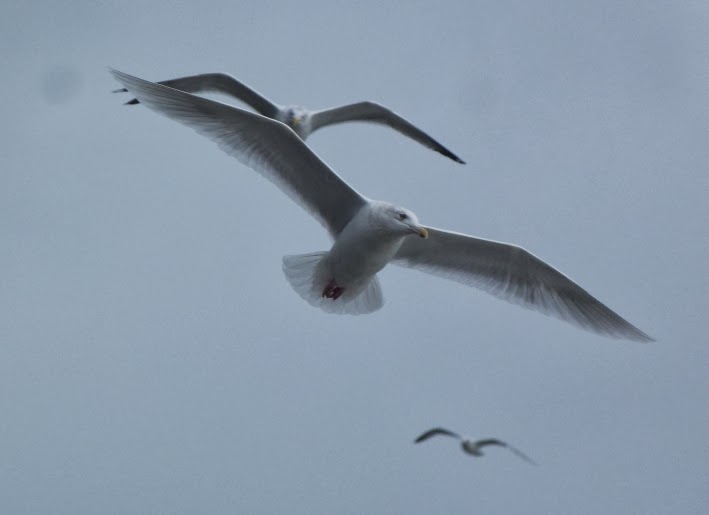 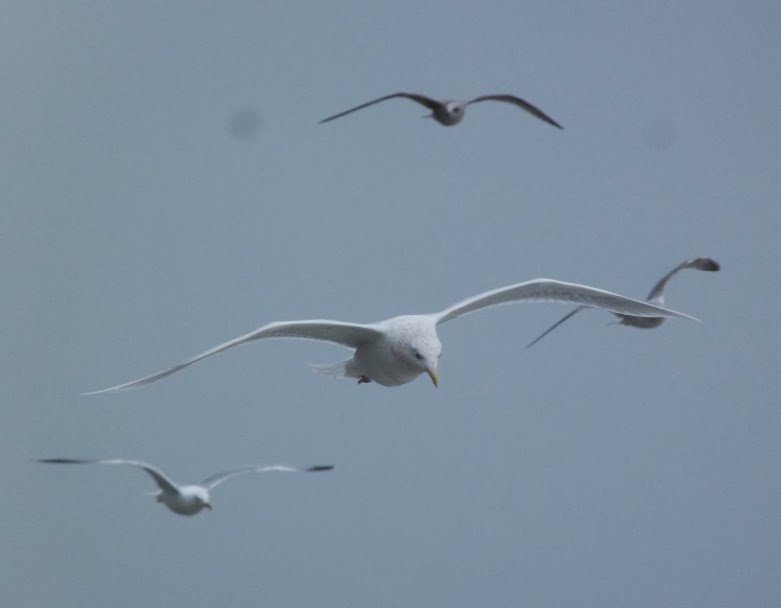 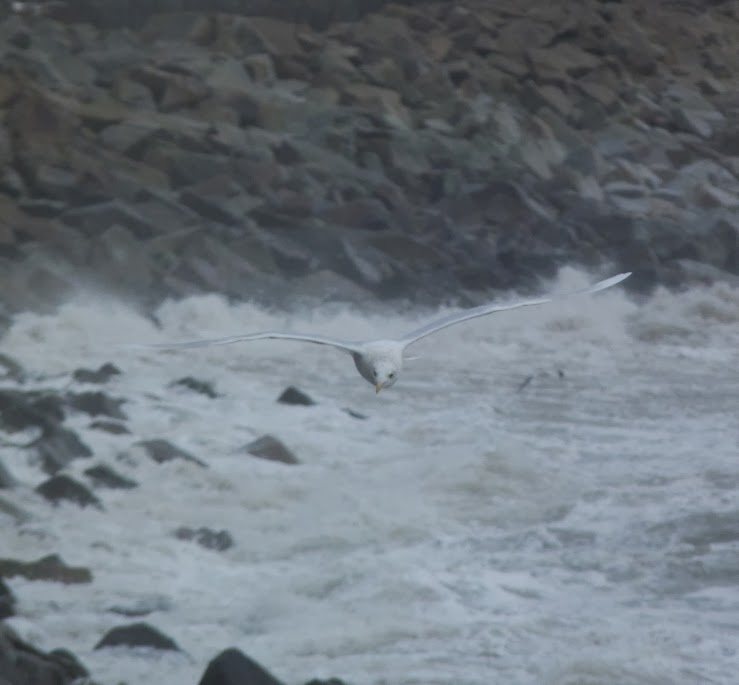 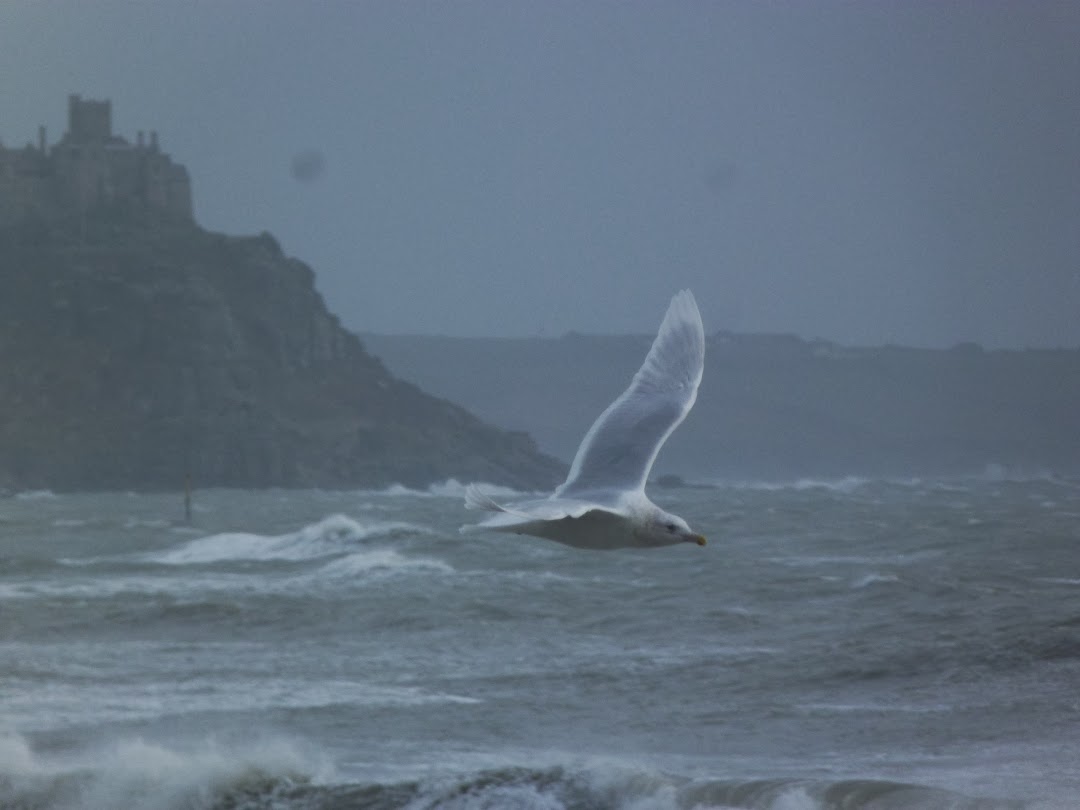 So that was the target bird in the bag. I was cotching in Truro and the prospect of a Glauc meant training it to Penzance on the last vestiges of track and located said huffer right by the station. Some distance away, roughly the length of a piece of string (no pun intended), I picked up another white-winger. Right from the offset it looked like a weird hybrid, showing both the Glaucish and Icelandish features. But being the eagle eyed bad mutha I am something else was apparent, primary webbing. Gullaholics right now are probably flicking one out just at the mention of primaries let alone webbing. But this bird had it going on. Needless to say a promptly walked a few hundred yards to the frenzy containing the freak, my eyes fixed on the sailing dot.
This is what greeted me: 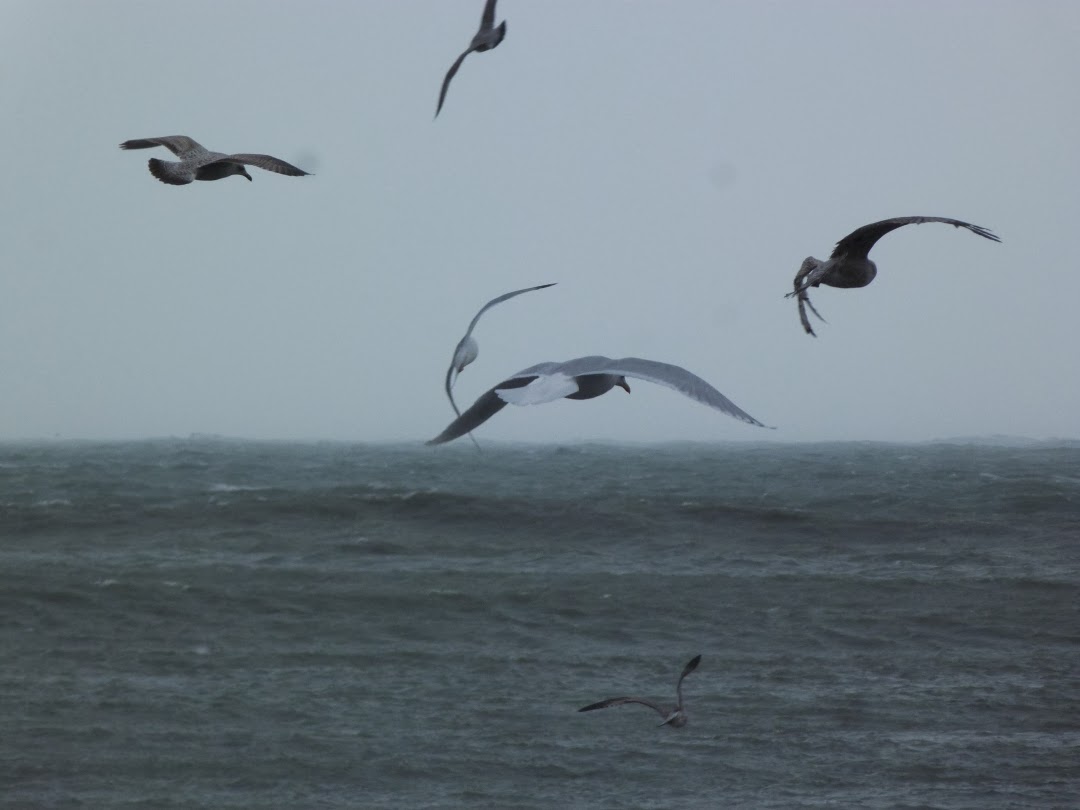 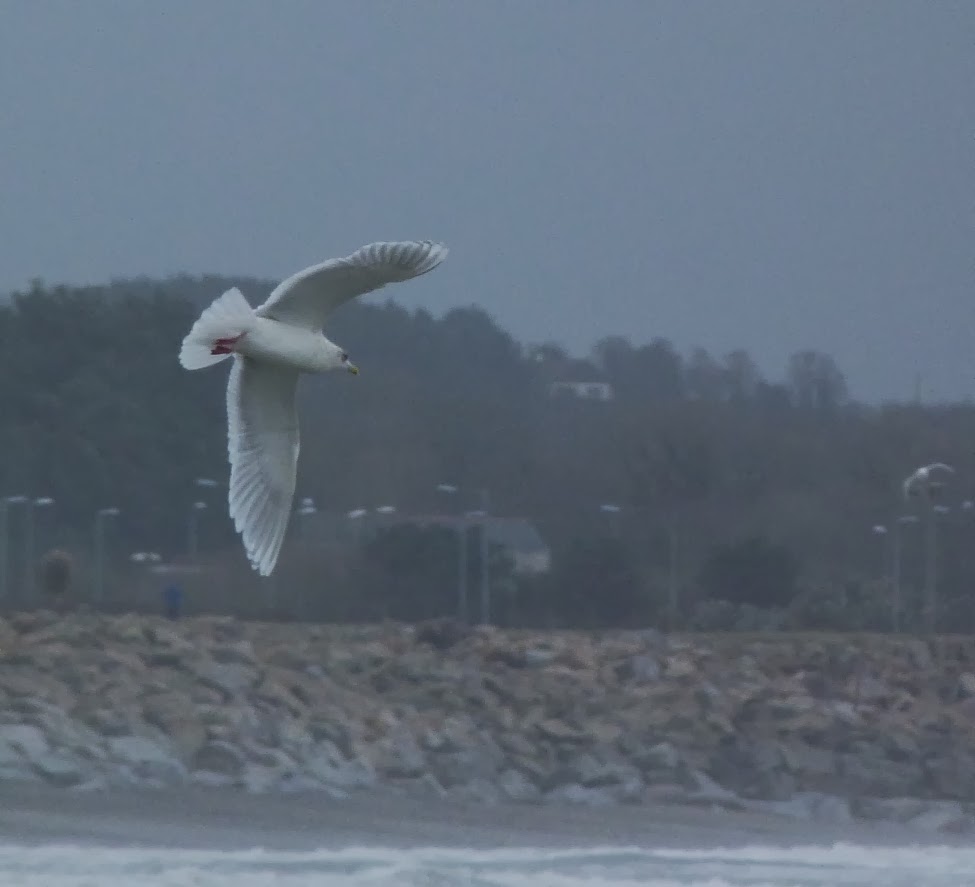 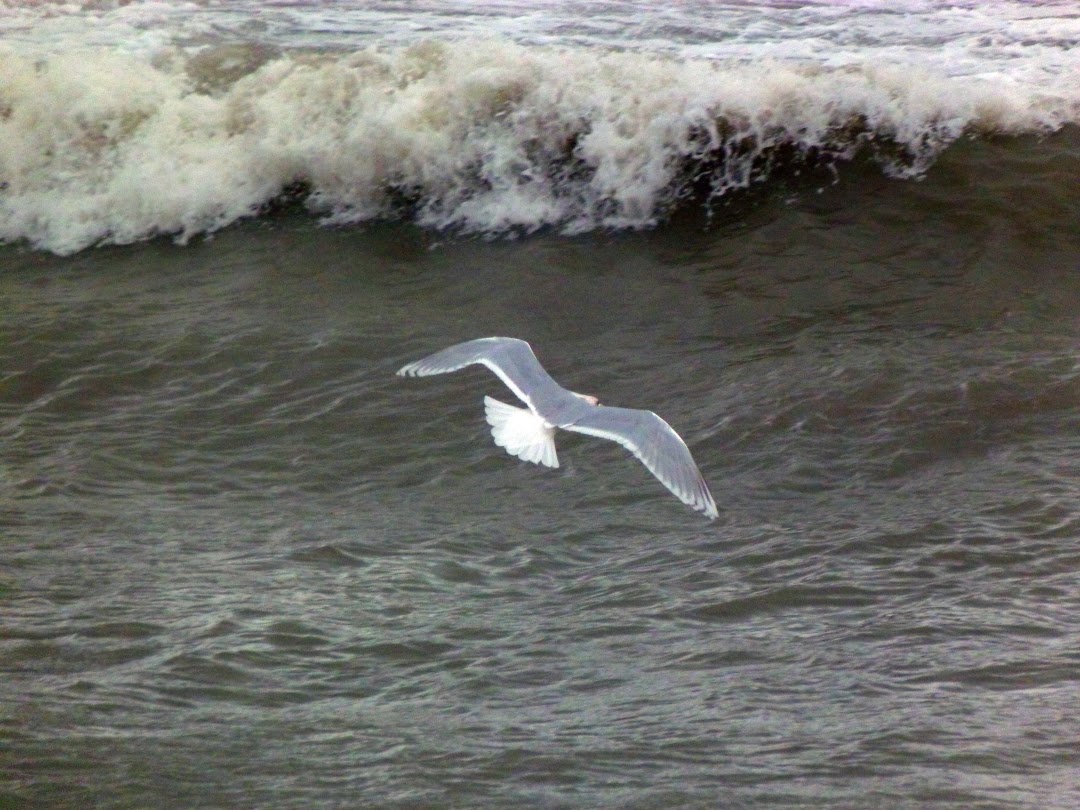 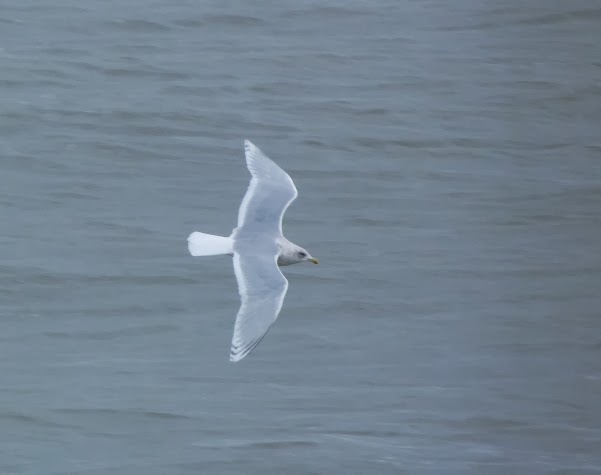 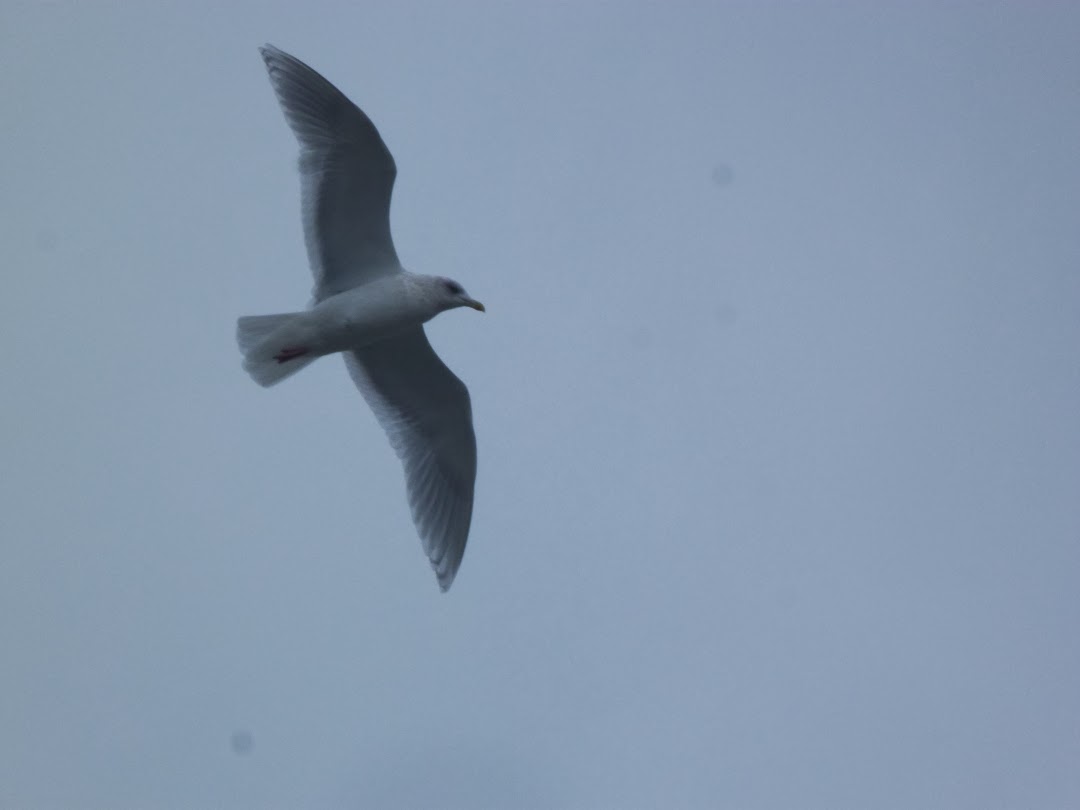 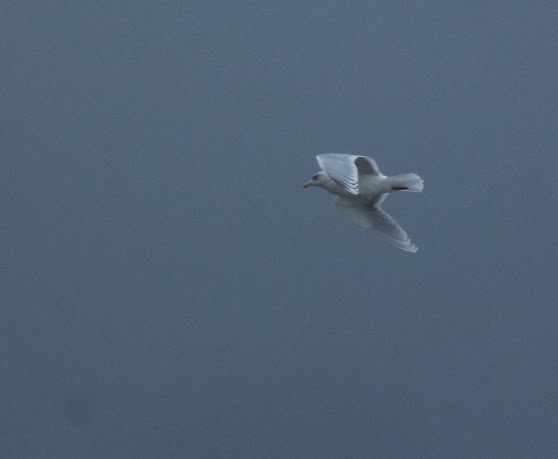 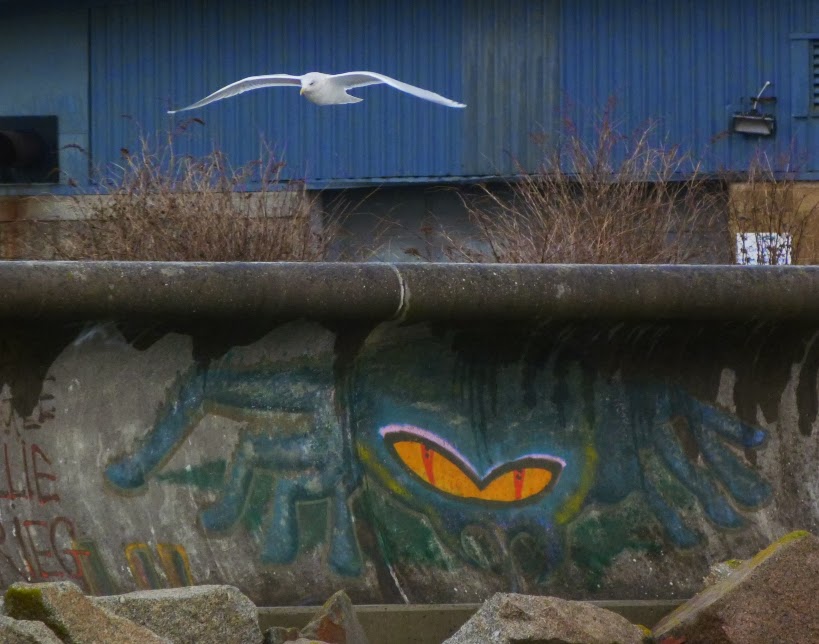 Chronic adult Kumlien's!! Holy mother of all that is uncertain! I knew the bird has been seen at Marazion etc and it was part of the draw, but I'm a realistic guy (and optimistic of course!) and so I never expected to see it! I've been lucky enough to see a couple of immatures of the years, but never a ball rotting, ass prolapsing adult. Blood red legs, subtle greys and creams. Man this was the deal. Great bird against one hell of a back drop.

Funnily enough I had initially gone straight to the 'Kumlien's Frenzy' as I shall dub it but not seen this bird, probably because the shear numbers of gulls were imploding my inner ear. During the overwhelming process of checking the flock I picked up a seaduck some way out, c.piece of string in metres, and straight away thought 'Ah Surf Scoter!', but this was more a gut feeling based in an ether of memories, the bird was just too far out, and like that it was gone...

I shan't dwell on what ifs as it could have easily been anything but needless to say a Surf Scoter was found in the exact area a few days later which I managed to barely see on route back to Scilly. They are one of my favourite ducks so the views were somewhat underwhelming! 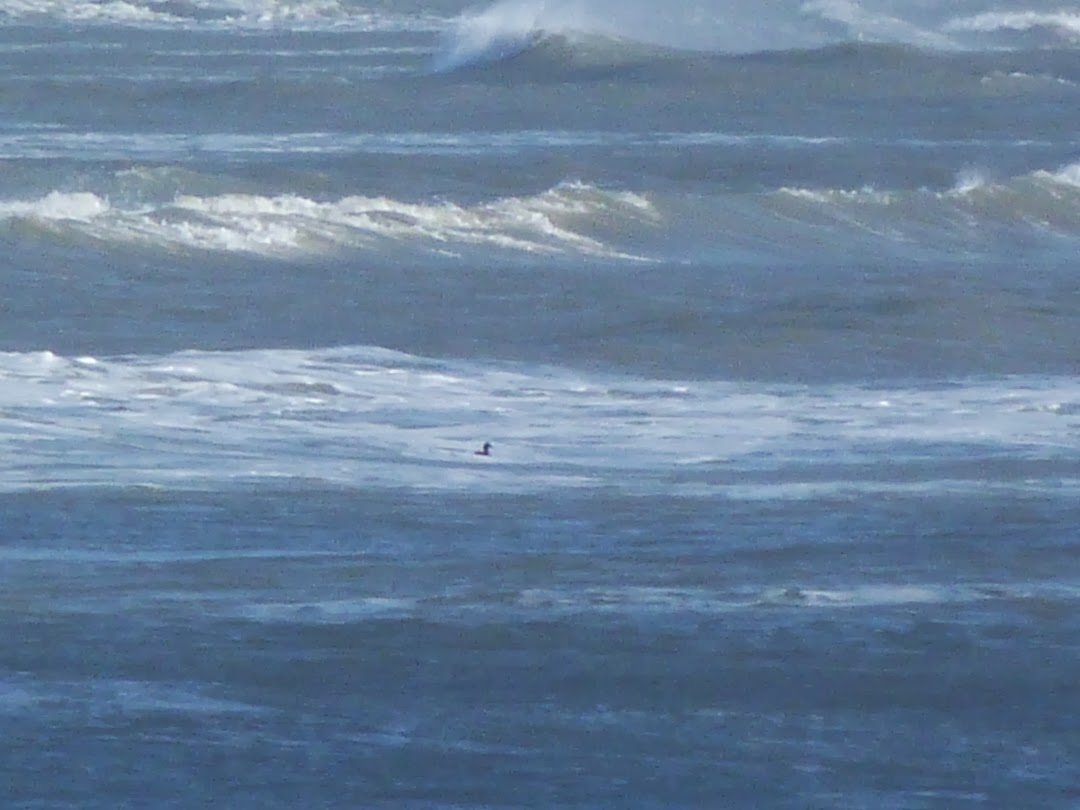 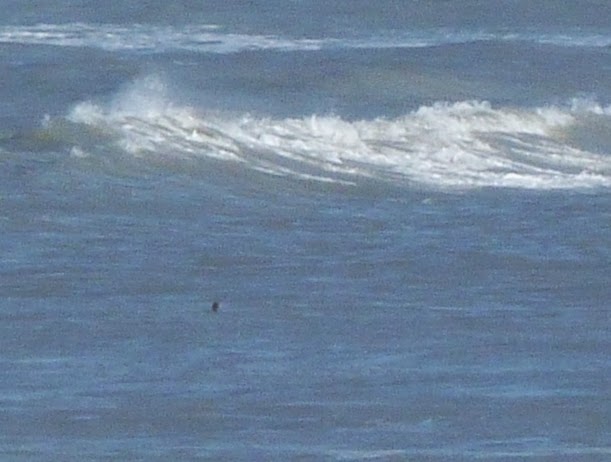 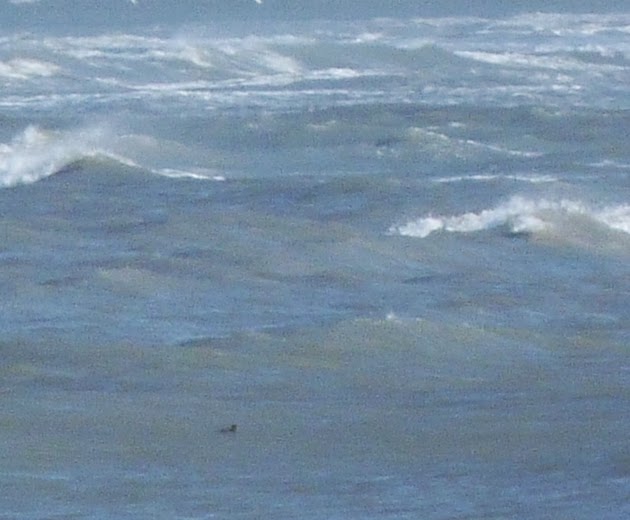 Returning back to Scilly it became clear a week is along time, especially when one is on the cusp of the precipice of spring. Its all going mental. Mainly in Firecrest form. They've been sing near my house, well one, while dispersing/moving birds have been popping up all over St. Marys, she loves it. 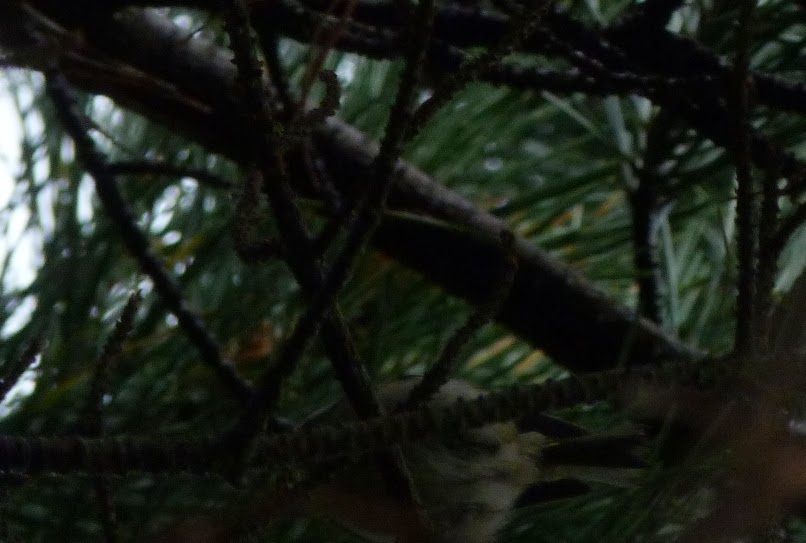 ﻿
Great photo I know. Natgeo have been in touch. Anyway been seeing loads of other stuff lately. Will post in due course. Roger that. Out.
Posted by Will Scott at 14:21