Birding is a funny thing. You're walking around, enjoying some unseasonable warmth when a rasping Redwing esq call slices through the static humidity. Eh?!? Cue large Pipit undulating low over my head and briefly hovering before dropping behind a hedge...What?! Its January. Must be a New Years flashback or something. Probably just bending Skylarks into convenient rare-shaped parcels. 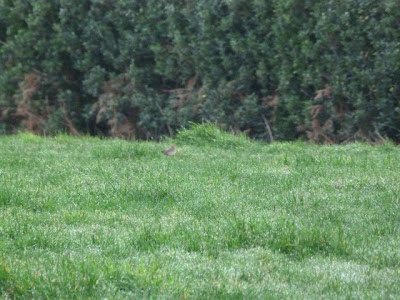 So I strolled back on myself to scan the field where it seemed to drop, and there it was. A Richard's Pipit! Weird! Cue small Blyth's related spasm (as I was well aware of previous late autumn/winter birds in the UK) but with only bins and my piss poor shaking camera skills, due in no small part to the large dose of cripple I had just suffered meant views although good were tantalisingly distant. 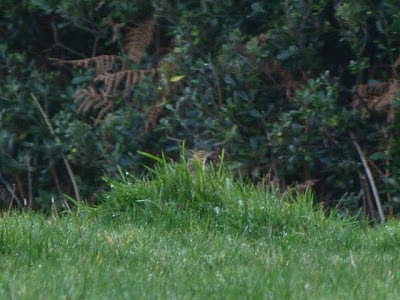 Classic Dick's...well the views! What about its lumps and feathers?!?

A couple of phone calls saw the my dad locking on the bird before it flicked over the hedge making me get my Usain Bolt on down Sandy Lane to clinch this big lunging bugger! Thankfully an appropriately placed hole in the hedge gave me great close view allowing me to see the heavy bill and long tail while a jammy photo showed off it whacking great hind claw. After this brain aching #ubertechnical ID fest I settled to enjoy this Siberian nugget and direct arriving birders onto it. 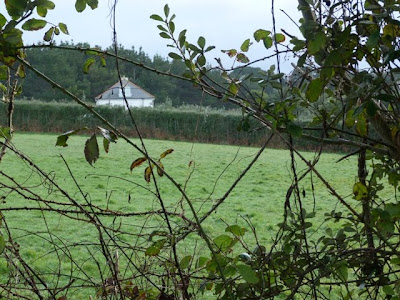 I hang out in hedges with my lens out... 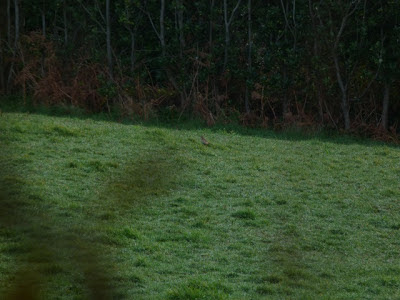 After being so close it gave us a good hit of  'I'm a Richard's Pipit and I do what the f#ck I want!' and decided to feed on t'other side of field.

Over the next hour or so it showed well munching crane flies and the like giving good views which I have not managed to translate into photos as usual. 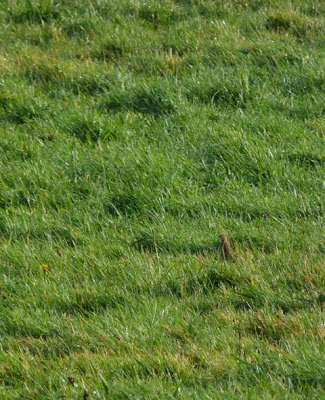 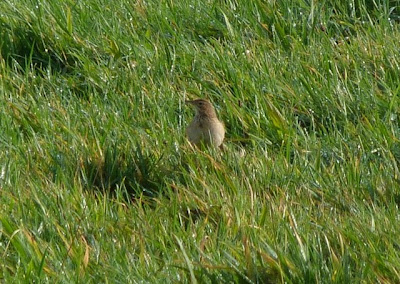 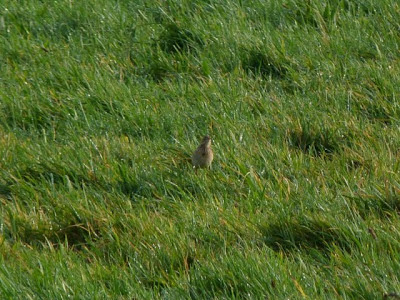 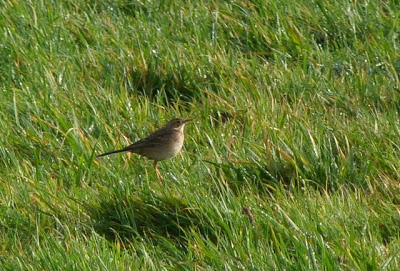 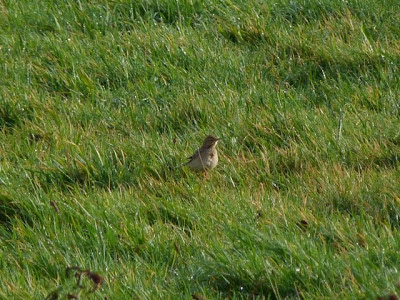 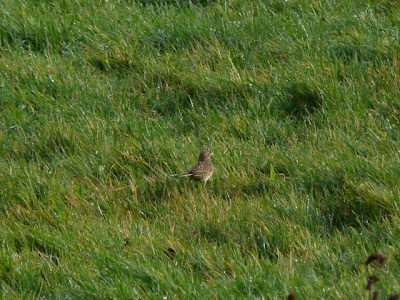 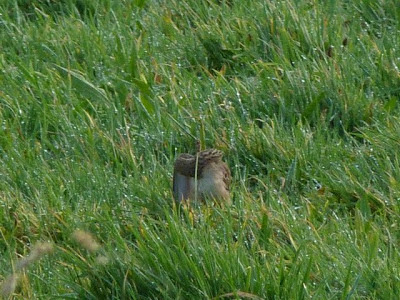 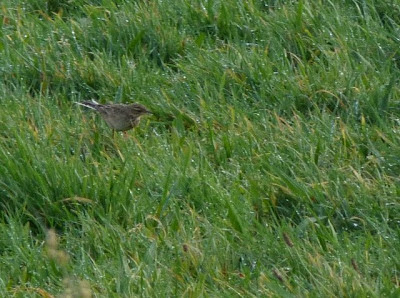